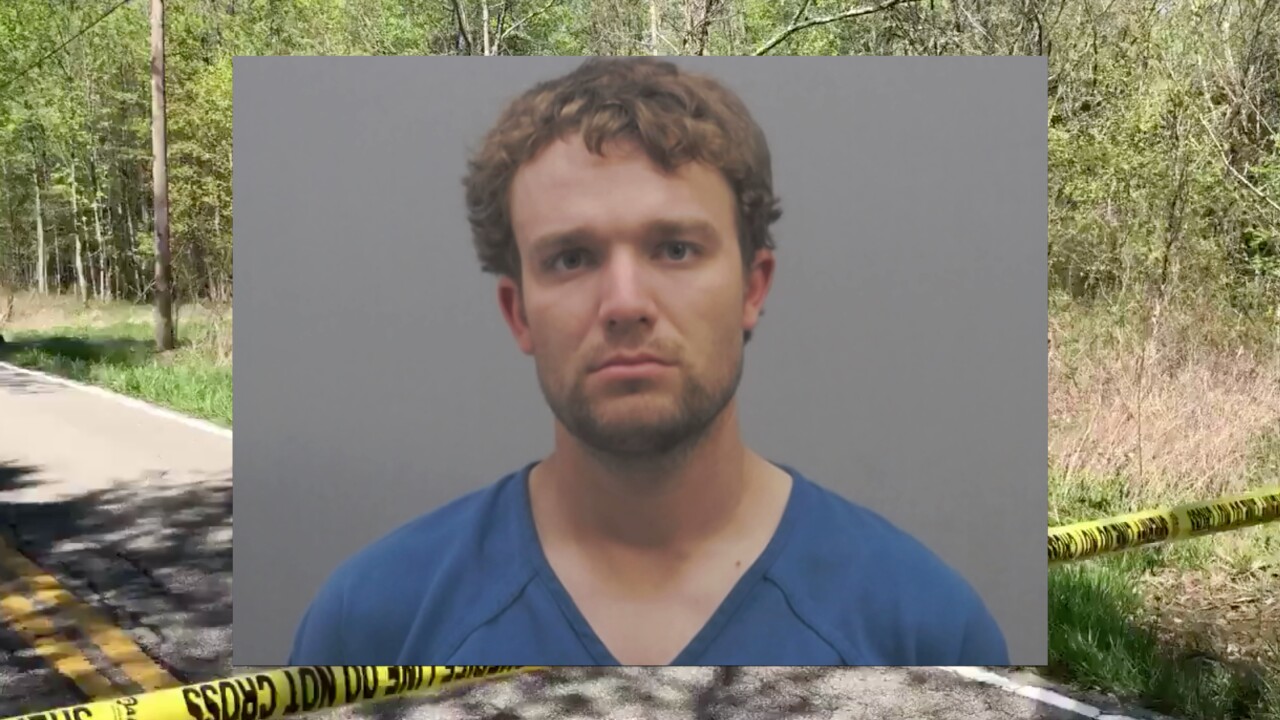 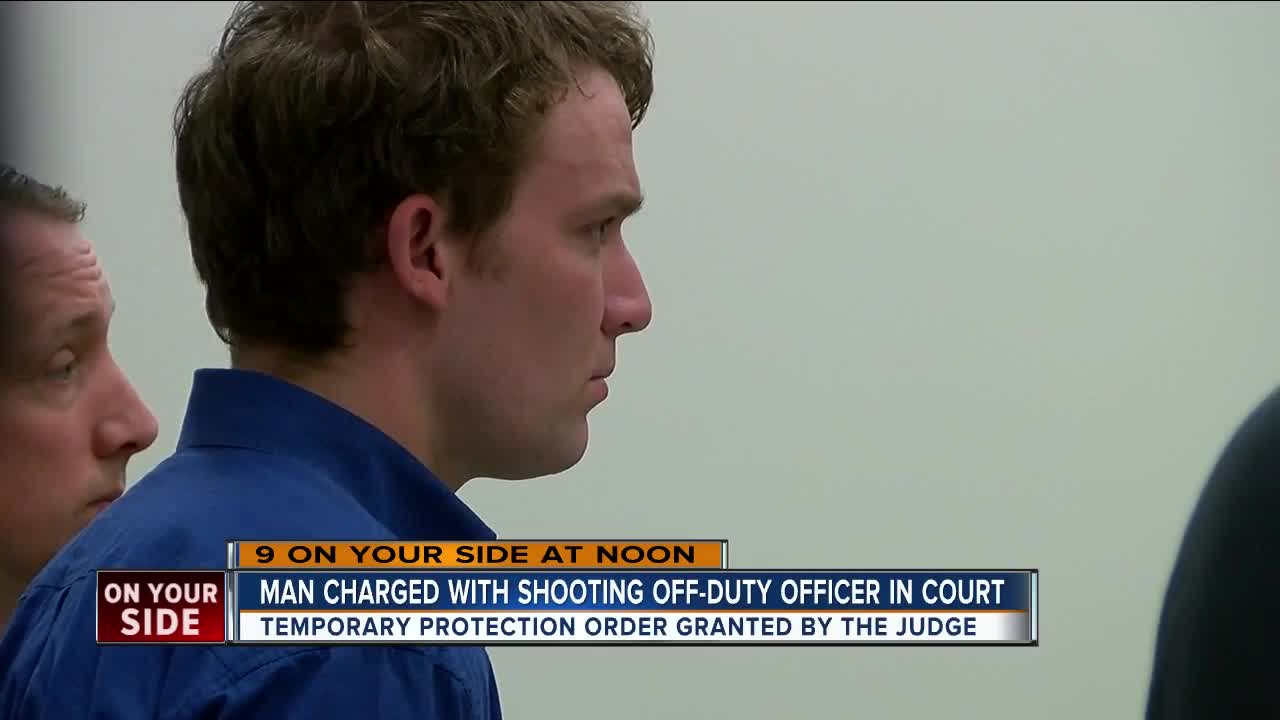 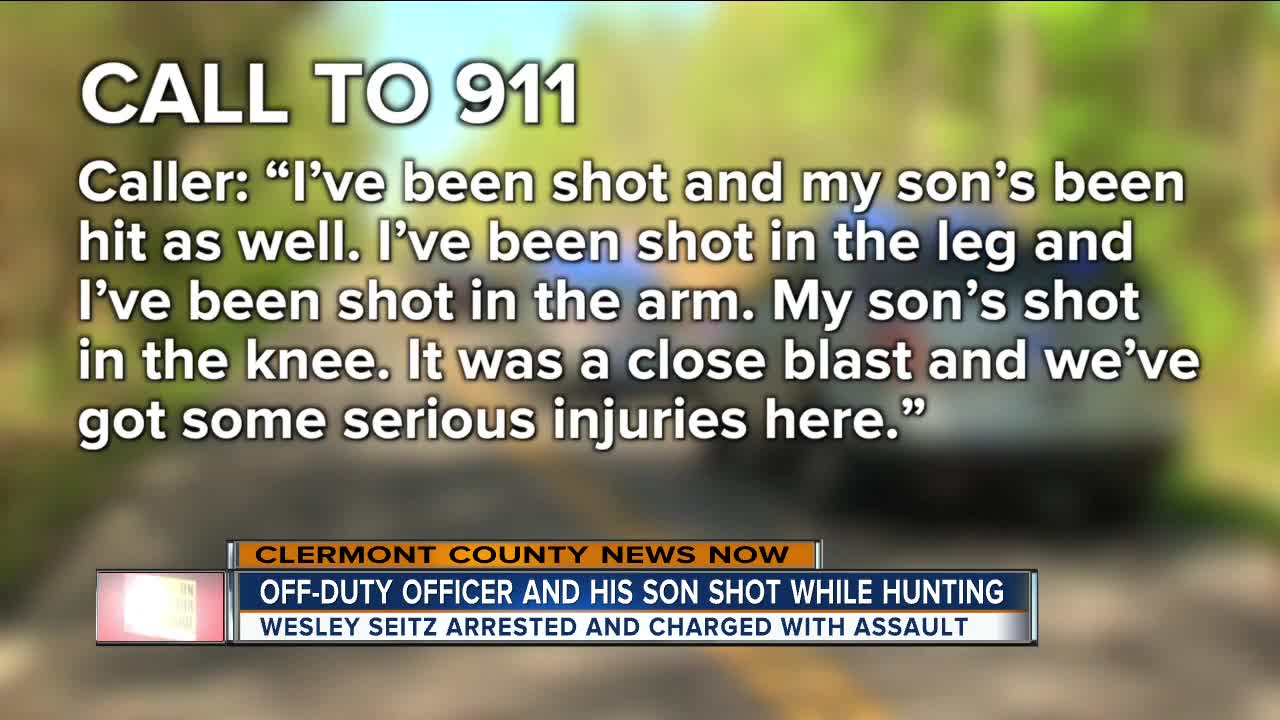 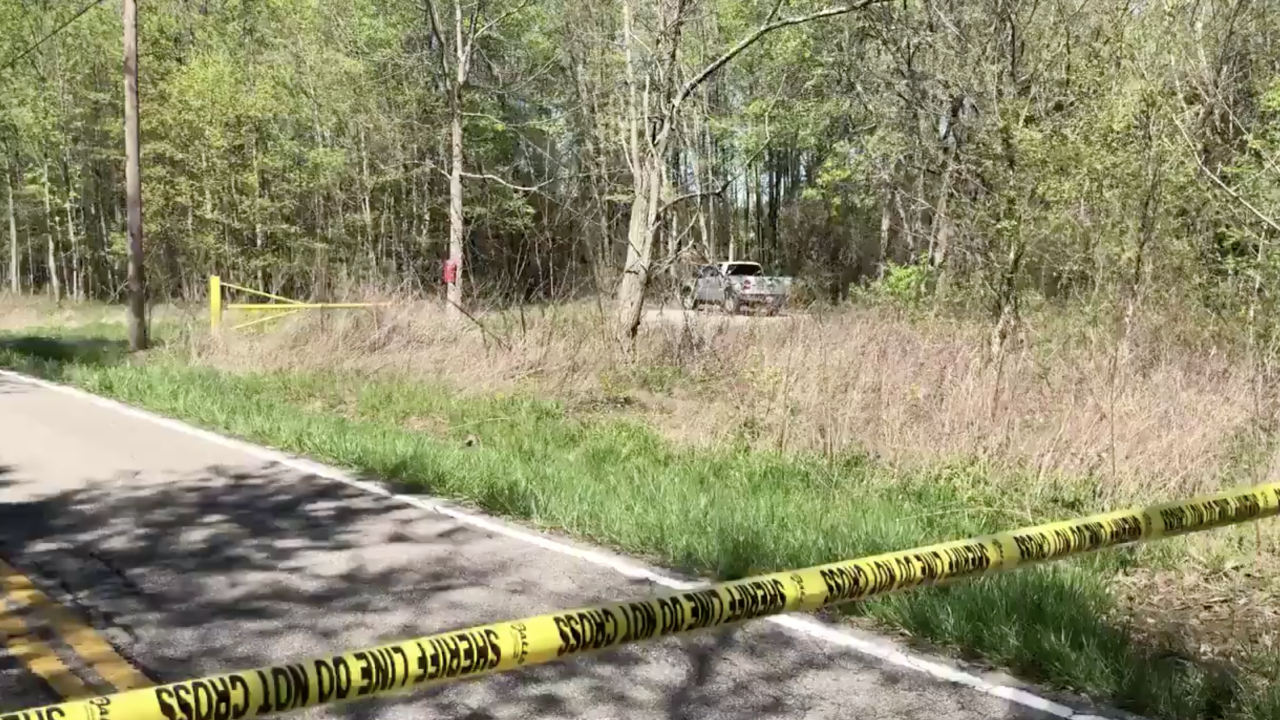 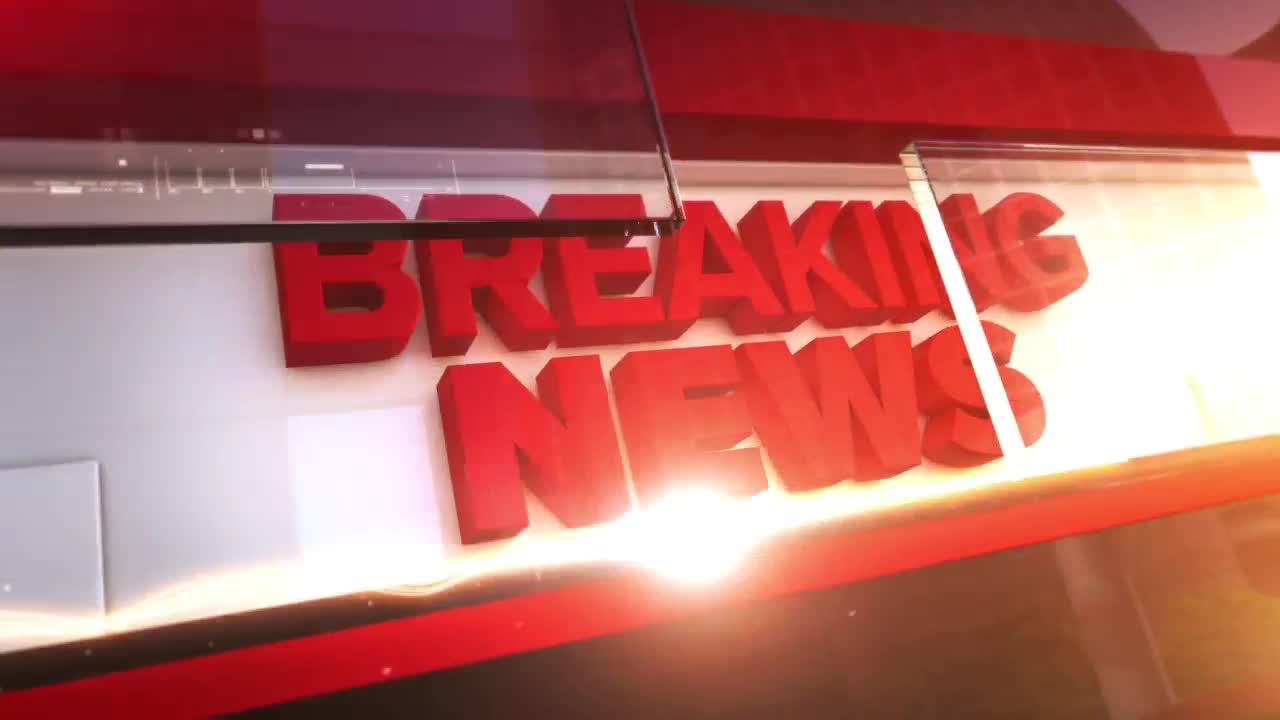 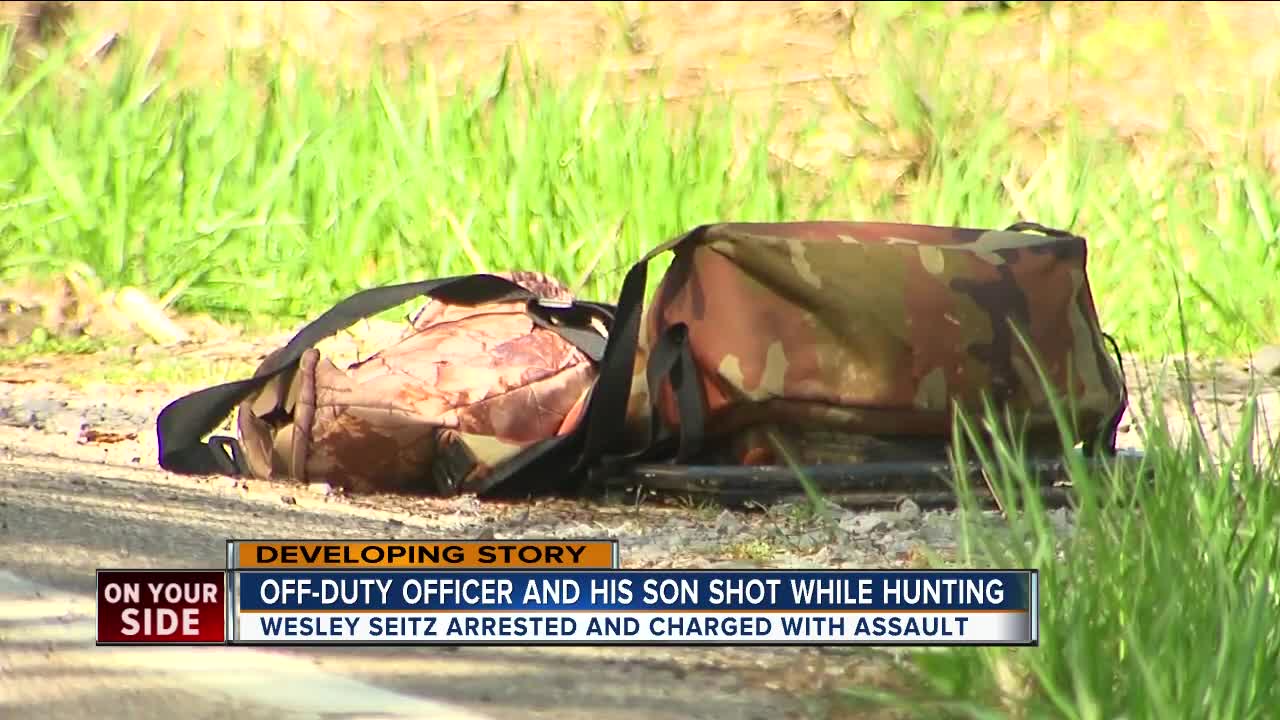 WILLIAMSBURG TOWNSHIP, Ohio — The Ohio State Highway Patrol arrested a man accused of shooting an off-duty Cincinnati police officer and his son Monday morning while they were hunting in Clermont County.

Their injuries were not life-threatening, Ohio State Highway Patrol Batavia Post Commander Lt. Robert Hayslip said. Daniel Brockmann, 52, and his 15-year-old son were shot with buckshot or birdshot, not a slug.

Wesley K. Seitz, 23, of Batavia, is charged with two counts of assault. According to an affidavit, Seitz and another man he was with fled from the area after the shooting.

The shooting happened shortly after 7 a.m. off of Twin Bridges Road near Williamsburg Township on the first day of turkey hunting season.

"This is the opening day of turkey season and, obviously, we're in state property, so it's a highly-traveled area," Hayslip said. "It's just one of those things that people have to take a little bit of extra time and make sure they know what they're doing."

Still an active scene on Twin Bridges Road near Williamsburg. @WCPO has confirmed a @CincyPD officer and his son were shot while hunting this morning. Both will be OK. Two people are being questioned. pic.twitter.com/UEZDpI8p4Q

Brockmann and his son were transported to University of Cincinnati Medical Center, Hayslip said. They have since been released from the hospital.

A judge on Tuesday issued Seitz a $75,000 bond and ordered that he hand over his firearms. A judge also issued a temporary protection order for Brockmann and his son.

Seitz's next court date has not been set.