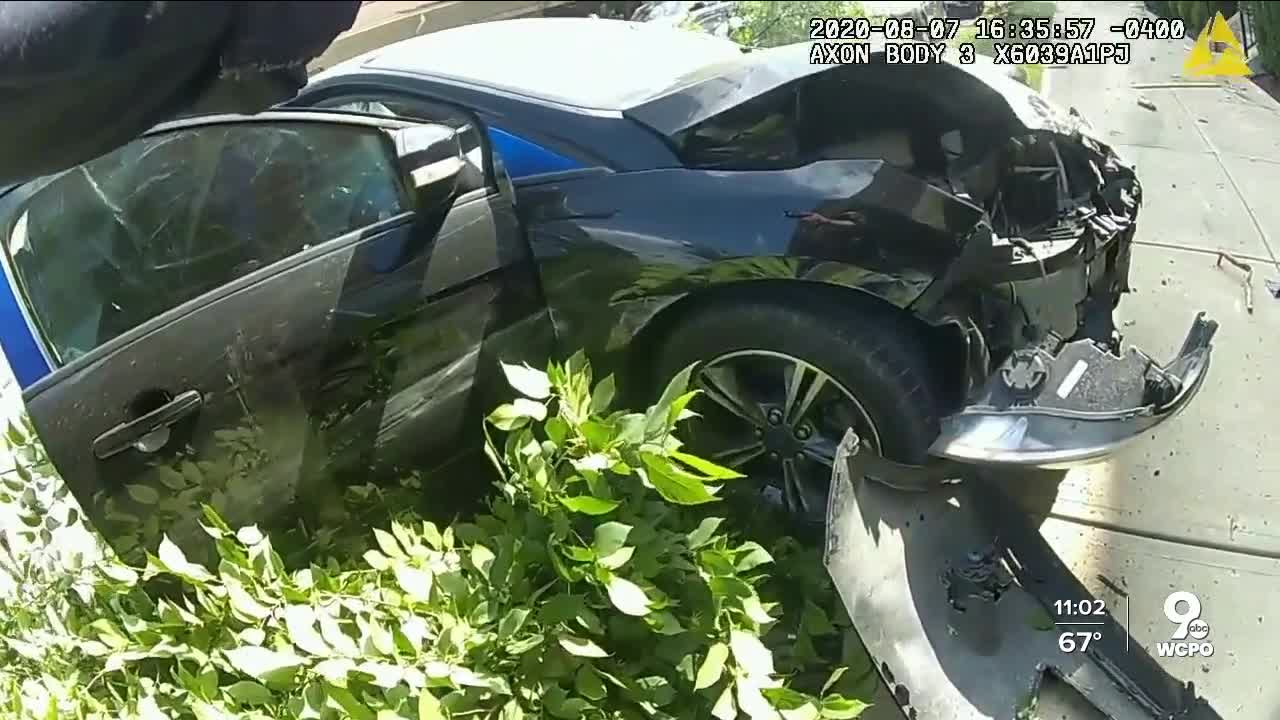 Cincinnati police have released body cam and dashboard footage of a dramatic high speed chase that ended in a crash in Newport that killed two bystanders on Aug. 7. 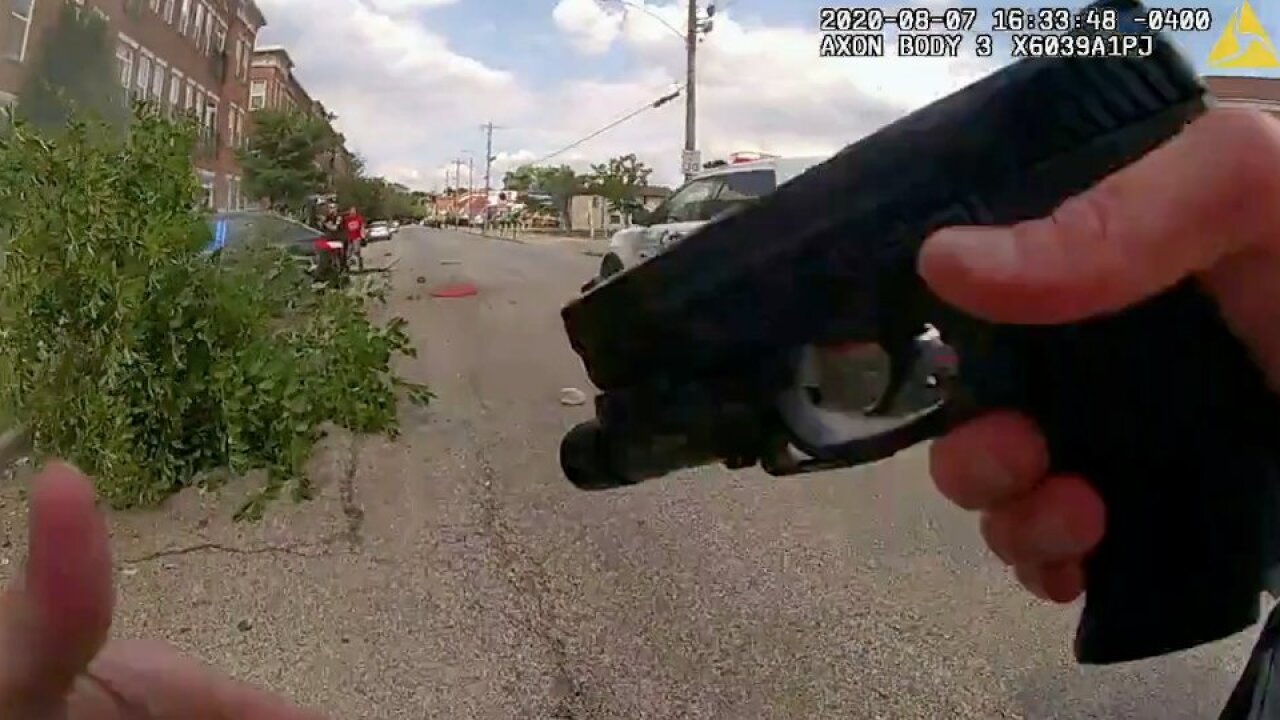 CINCINNATI — Cincinnati police have released body cam and dashboard footage of a dramatic high speed chase that ended in a crash in Newport that killed two bystanders last month.

On Aug. 7, at approximately 4 p.m., Cincinnati police tried to stop the suspects in their vehicle in Lower Price Hill.

The suspect driver, 28-year-old Mason Meyer, had been on the radar of federal agencies wanted in connection with guns.

The chase accelerated onto the Roebling Suspension Bridge into Covington at high speed.

While in Covington, body cam footage shows police officers zipping through a back alley, inches from nearby homes.

The chase then twisted into Newport, eastbound across Columbia, before the suspect lost control of his vehicle at the intersection of Monmouth and Fifth Streets. Officers held the suspects at gunpoint as they called medics to the scene.

"Three at gunpoint from vehicle. We have civilians injured in the accident -- pedestrians," one officer in the video said.

"We never want to see a tragic outcome when our officers attempt to apprehend a violent criminal," said Cincinnati Police Chief Eliot Isaac in a statement Friday. "Law enforcement must constantly weigh the risks versus the benefits in these efforts, but it is important to recognize that Mason Meyer's actions resulted in the deaths of these innocent lives and, ultimately, he must be held accountable."

Currently, the Cincinnati officers involved in the pursuit have been reassigned to administrative duty until the completion of an administrative investigation.

"The review of this video footage will be critical to the completion of a thorough investigation into the propriety of the officers' actions involved in this vehicle pursuit," Isaac said. "This pursuit will be reviewed based on the totality of the circumstances and assess compliance with our vehicle pursuit policy and standards."

Meyer, who also faces two murder charges and others in Campbell County, has been indicted on federal charges with another person in the vehicle, Kirsten Johnson. Those include possession with intent to distribute methamphetamine and possessing firearms in furtherance of a drug trafficking crime.

Already a convicted felon, Meyer has also been charged with illegally possessing a firearm.