'To give you specifics, we are down 90% off of last year' 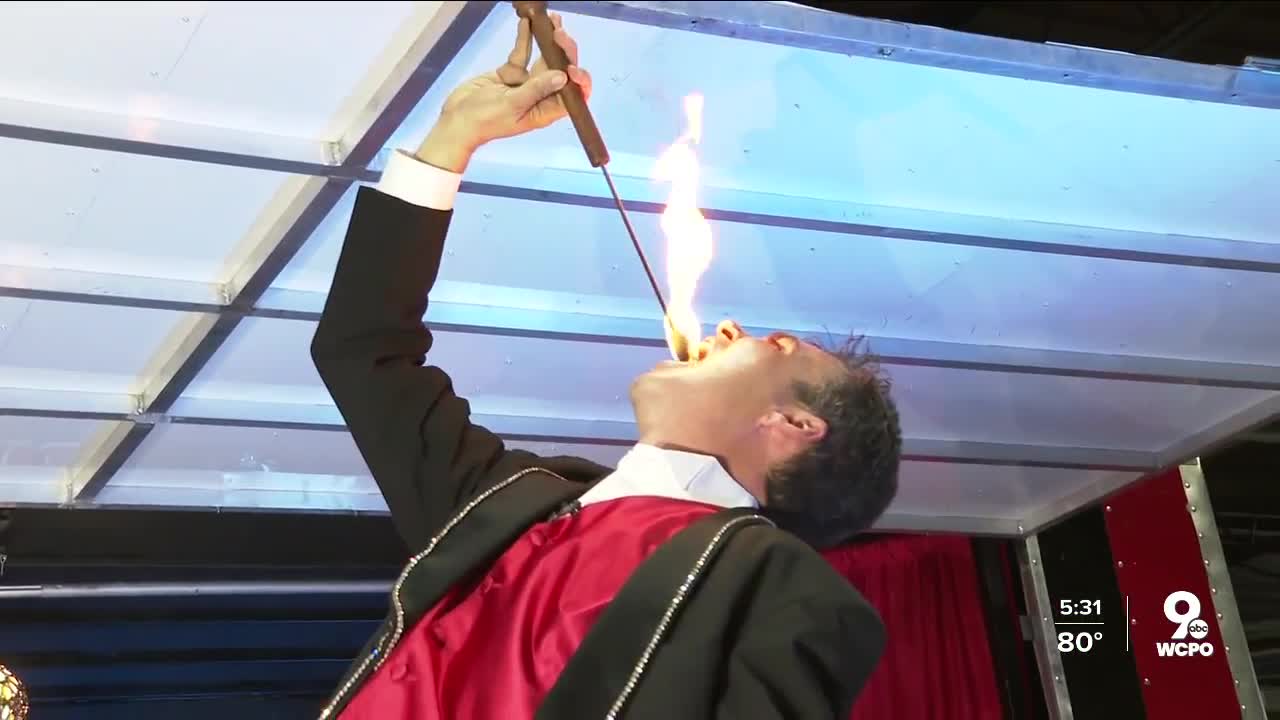 The Cincinnati Circus Company and many other live acts were supposed to perform at the now-canceled Hamilton County Fair.

HAMILTON COUNTY, Ohio — People who would normally flock to the Hamilton County Fairgrounds for the Aug. 13-16 weekend are likely missing the familiar fair food and fun — funnel cakes, corn dogs, Ferris wheels and checking out what the local 4-H clubs have to offer.

But local businesses that normally provide live entertainment and other services for the fair are missing out on life-sustaining revenue.

“To give you specifics, we are down 90% off of last year,” said Dave Willacker, owner and ringmaster of the Cincinnati Circus Company. “Circuses, ride companies, all these companies, we’re in the live entertainment business. I don’t know of any other venue or any other business that’s taking as big a hit from corona as people that are live entertainers.”

The circus and many other live acts were supposed to perform at the fair Aug. 13-16, but fair organizers canceled the event at the start of the month.

“We have worked hard the past months, and weeks, to ensure that the event would be able to take place, but with orders from the governor's office, unfortunately we can not move forward with the fair as planned,” organizers said in a statement.

The restrictions were a huge blow for the Cincinnati Circus.

“Performing circus acts and live entertainment in the age of the coronavirus is really difficult,” Willacker said. “Losing the Hamilton County Fair and all of Ohio’s fairs was really painful for us.”

The company came up with creative ways to showcase its acts in the meantime. The Cincinnati Circus puts on drive-thru circuses and drive-in movie events all over the state. Willacker said it’s important to keep his business running, but it’s important to the communities for which he performs.

“Socially distant entertainment is important and needed to keep everybody’s spirits up,” Willacker said. “We have a giant movie screen. We’re doing drive-in movie theaters where everybody stays in their cars. Stage shows can be socially distant.”

Willacker said small businesses should get help from the state and federal government so they can survive the pandemic and be around for next year’s county fair, which he hopes will survive, too.

“Just in order to make sure that next year we can have county fairs,” Willacker said. “That they can stick around financially.”

Hamilton County Fair organizers said they do plan on returning in 2021 and are looking ahead already to what they hope is a normal fair summer.