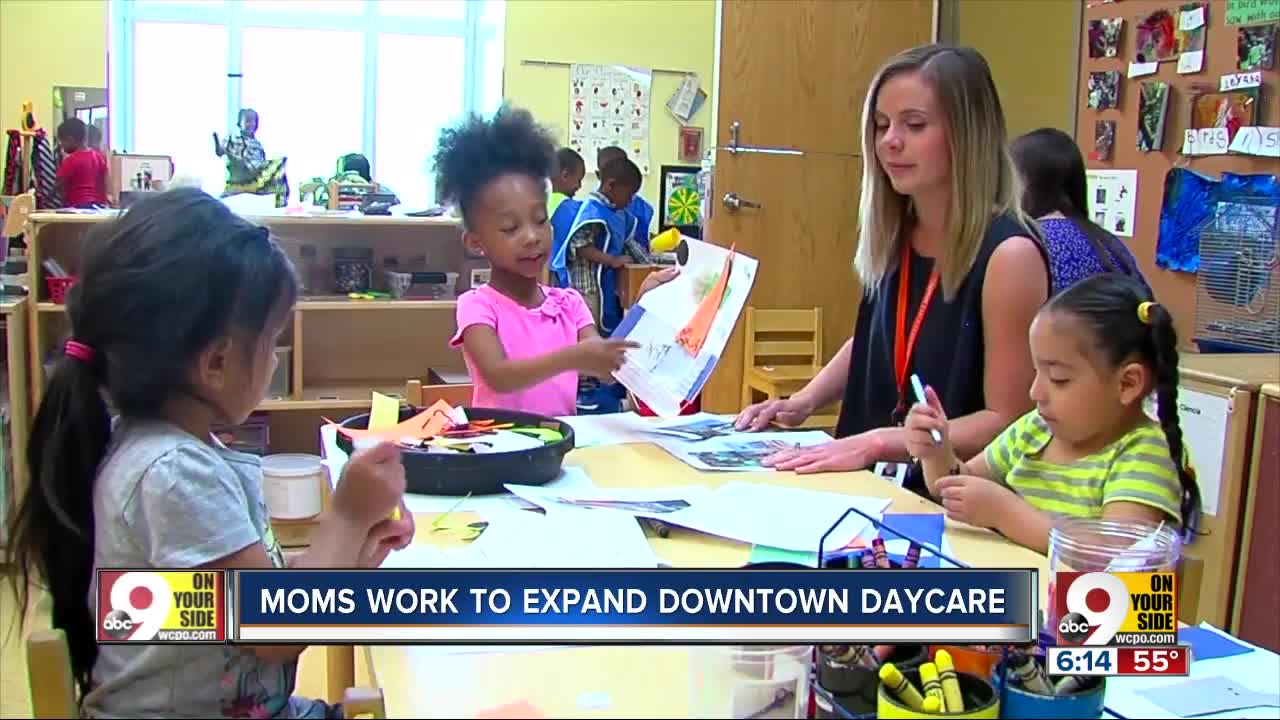 There are approximately 100,000 people who work in Cincinnati's Central Business District, but only two daycare options exist in the city's center to accommodate parents. 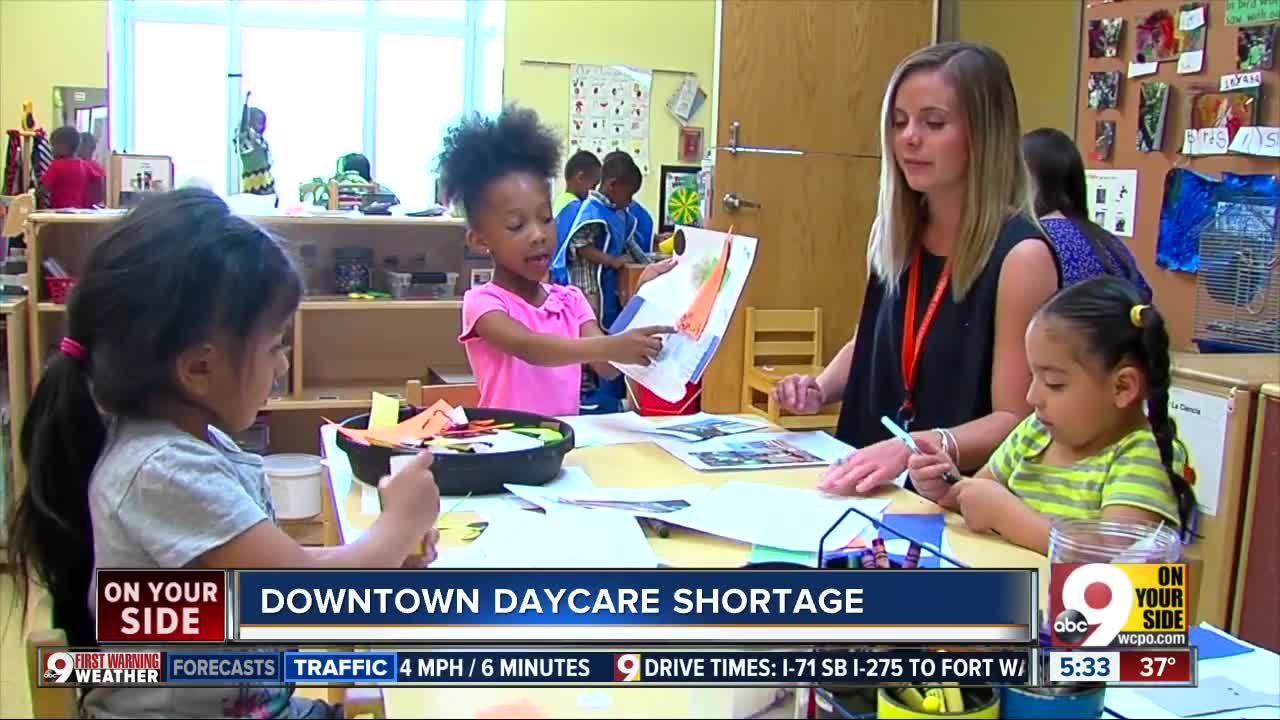 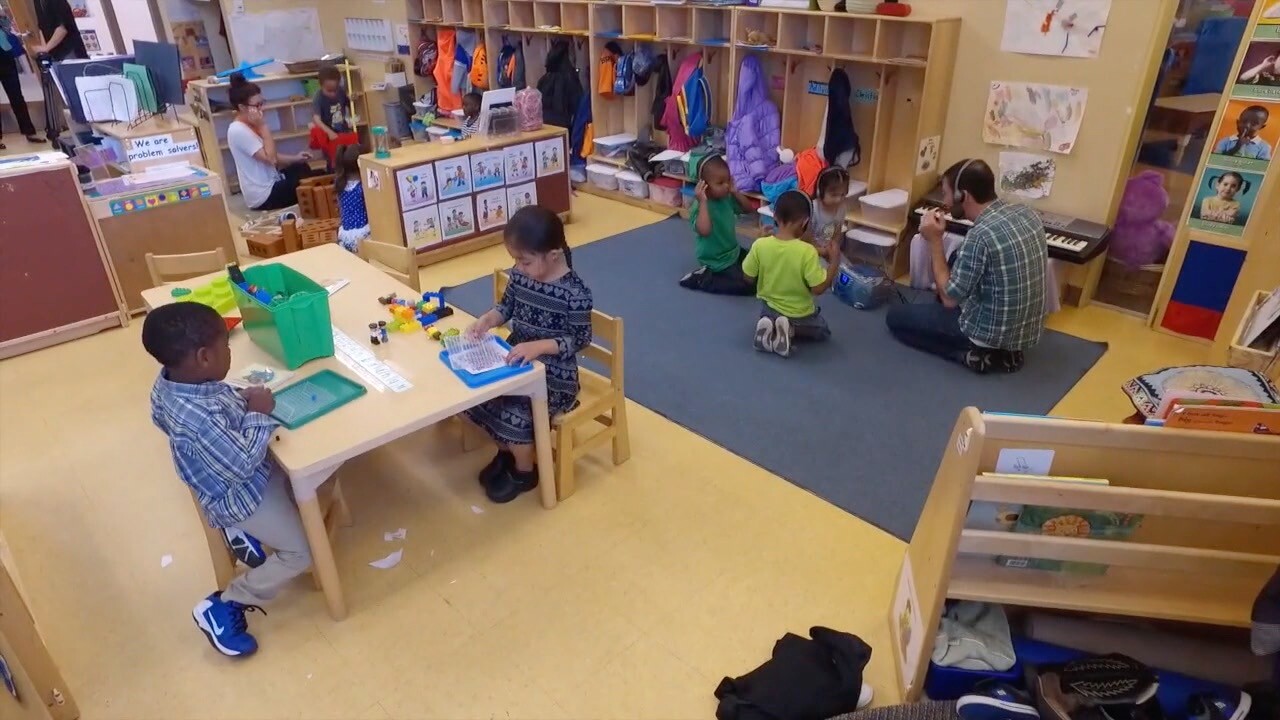 Some families opt for traditional day cares, while others look for an in-home nanny, and a few families may be lucky enough to have family members lend a helping hand.

First time mom Byrd Bergeron knows the difficulty of nailing down child care all too well.

“We found out we were pregnant last November 2018. January 2019 I started looking for daycare knowing I would need it January 2020, so I was a year out,” Bergeron said.

Bergeron soon discovered finding day care options in the downtown Cincinnati area presented much more of a challenge than she had originally expected.

Approximately 100,000 people work in the Central Business District. How many day cares are there to serve so many workers?

You heard that right. Just two.

Bergeron's search came to a screeching halt when she realized she couldn't get her daughter Leila into a day care because no centers convenient to her had room.

“I was astonished because I was essentially told I needed day care or to be looking for day care prior to knowing I was pregnant, which doesn’t make sense,” Bergeron said.

Bergeron said she explored the in-home nanny option, but the cost was nearly triple that of daycare.

She decided if she couldn’t find a suitable day care, she’d open her own in the downtown Cincinnati-area.

State requirements limit the types of properties where day care centers can open.

“One of the things you absolutely have to have is an outdoor location, it’s an outdoor play place, so many feet per child," Bergeron said. "Finding Downtown space outside wasn’t much of an option.”

She did find a great space in Longworth Hall that had ample room for an indoor playground, but even that didn't make the cut.

Bergeron isn’t alone in her efforts to open a day care downtown.

“There are very, very few options in the downtown area," Hoyer said. "Those that do exist are on the perimeter of downtown so not within the Central Business District."

Hoyer brought the issue to the Cincinnati Regional Chamber. She’s part of the C-Change class which identifies and develops young community leaders.

Hoyer’s team researched day care options in neighboring cities like Nashville, Indianapolis and Columbus to identify how childcare is provided to parents who work in the city.

The plan was to have one company that operates Downtown serve as the lead partner in a new day care. That leader would guarantee a certain number of spots in the day care be reserved for company employees. The remaining spots would be open to the public.

The group spoke to Downtown corporations like Kroger, 84.51 and General Electric.

“The main barrier that we have come across so far is just budgets," Hoyer said. "We’ve had a hard time convincing them that they need to support childcare over some of their other benefits."

Rejections from major Downtown corporations came quickly. Then Hoyer and her team presented the plan to the City of Cincinnati.

“(They were) very engaged from the get go, from our first meeting, and they have since reached out to us to help them develop a survey that they could send out to their talent base to see what interest there might be there,” Hoyer said.

There are about 6,000 city employees, many of them based in the Downtown area. City councilman P.G. Sittenfeld is excited about getting feedback from them on expanding daycare options.

“I think surveying our own city workforce…especially those of you whose day to day you're based Downtown, if there were a high-quality, highly rated daycare provider, pick your spot Downtown, is that something you would be interested in and see how many seats we could end up committing,” Sittenfeld said.

Sittenfeld is a new father himself. His 4-month-old son, George, isn’t in daycare yet. He said his family is looking at options and it is stressful.

“This is obviously one of the top things that looms on every parent's minds is that when one or maybe both parents are out of the house working during the day, do they feel like their child is in a safe, nurturing place that's going to help them grow and thrive," Sittenfeld said.

He supports expanding day care options downtown and the city could be the lead partner. He said having a day care that’s easily accessible to parents is typically a high priority.

“If you can go to a place to drop your child off to day care close to where you work, rather than going across town or going in the wrong direction to start your day, if you can integrate those two things, you're given the gift of time back in your life and to me that's huge advantage," Sittenfeld said.

It’s that kind of quality time that Bergeron also wants with her daughter.

“If you’re breastfeeding and you had the ability to pop over there once or twice during the day and breastfeed, spend that time with your child," she said. "I would rather have a longer work day and be able to spend those intermittent times with my child during those moments of bonding."

The City of Cincinnati is still exploring the idea while the C-Change class continues to reach out to local companies.

One day C-Change hopes to be the catalyst that helped open a Downtown daycare open to about 200 children.