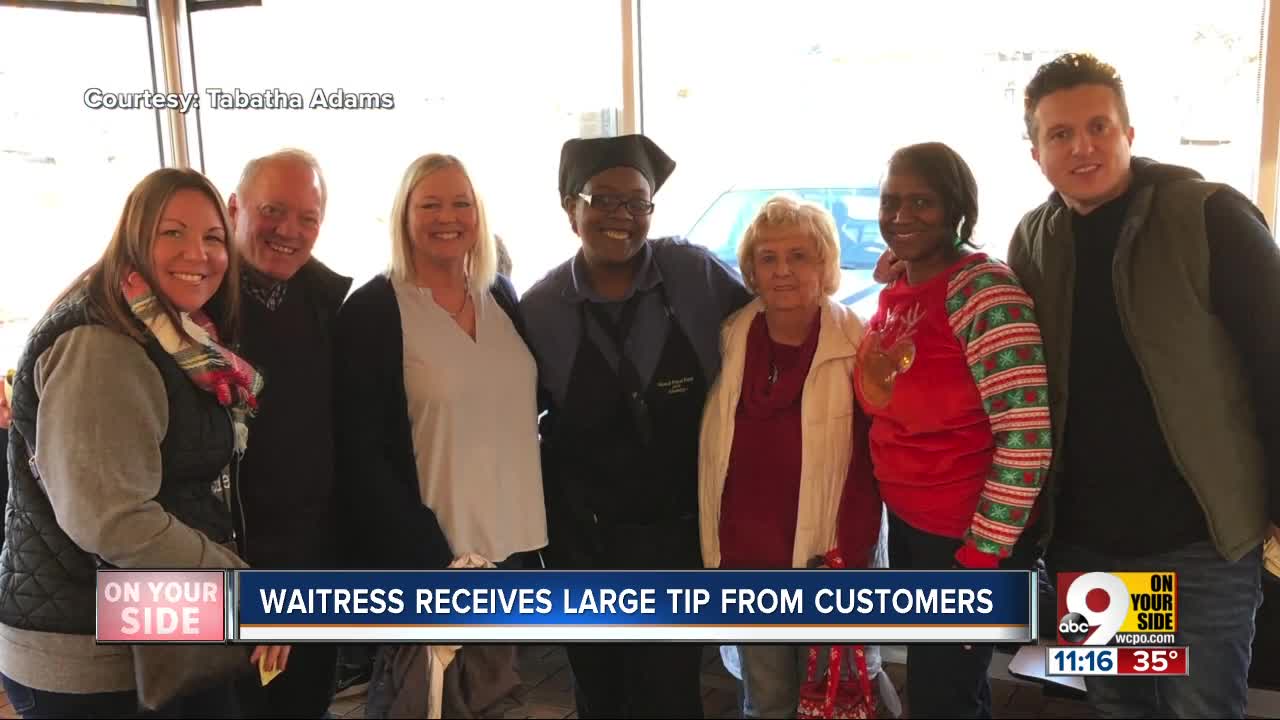 The waitress was surprised — so surprised she didn’t initially realize what was happening. By the time she picked up the fourth tip and noticed it was another $100, her hands began to shake.

WOODLAWN, Ohio — Tabatha Adams spent all week looking forward to her Friday morning trip to Waffle House. The year behind her had been one of the hardest of her life, she said, filled with work and parenting as a single mother.

But she wasn’t going to treat herself. She and five of her friends were going to surprise a waitress at the Springfield Pike diner by each leaving a $100 tip at the end of their meal.

Thanks to them, she got a lot more.

The gesture was part of an informal holiday social media initiative called Shock and Claus, which encourages groups of people to leave $100-per-person tips at the end of a meal at “a local greasy spoon” where servers' tips are typically in the single digits.

The waitress, a mother of five, was surprised — so surprised she didn’t initially realize what was happening. By the time she picked up the fourth tip and noticed it was another $100, Adams said, her hands began to shake.

Then the tears came.

“It took everything for me to not to get choked up in that moment,” said Simon Amor, who participated as part of Adams’ group. “It was a special moment.”

Two strangers eating nearby decided they wanted to be a part of it, each contributing an additional $100.

The waitress hugged the group, thanked them and walked away with $800.

“She’s an amazing person,” Adams said. “Has five children and is trying to make it through the holidays. When I saw (Shock and Claus) on Facebook, I was like, ‘What better way to give back then find someone like that?’”

Amor said he was moved both by the waitress’ emotional reaction and by the two strangers who decided on the spur of the moment that they would donate, too. He hopes the story will encourage others to participate in Shock and Claus this holiday season.

His group hopes to do it once every few months in 2020.