Road had been closed for over two weeks 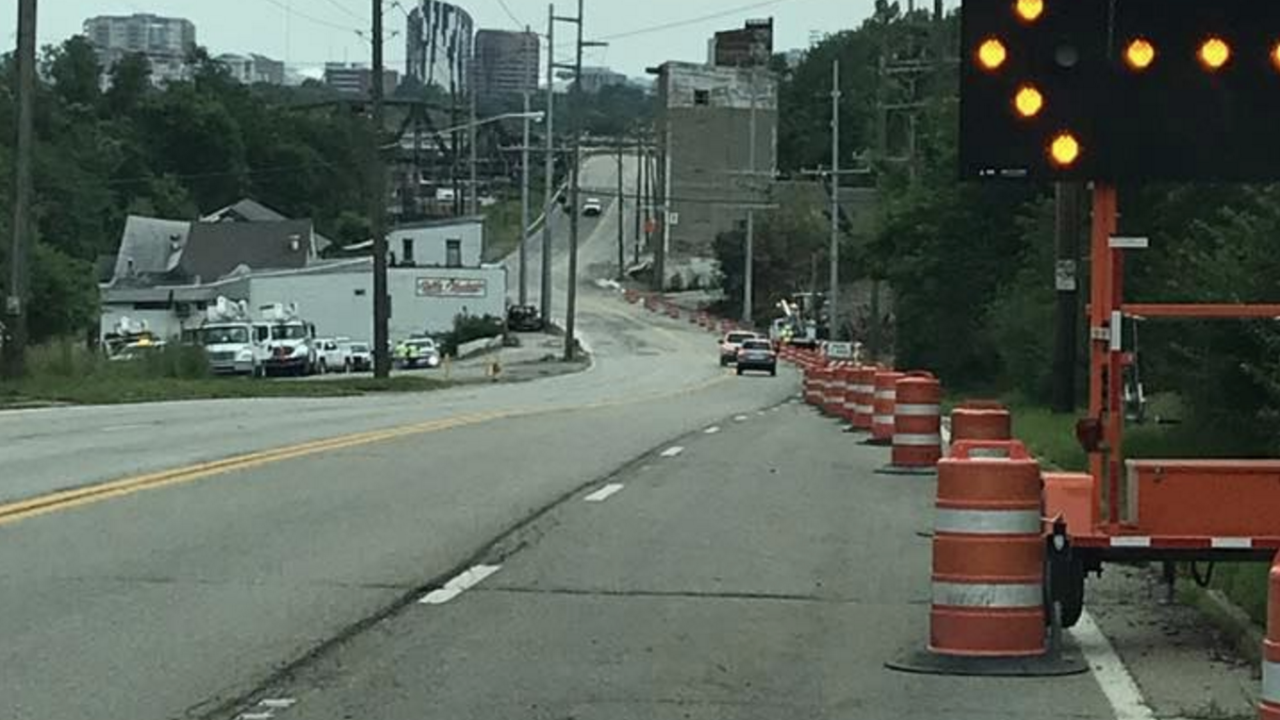 One northbound lane and two southbound lanes of Ky. 9 (AA Highway) reopened on Wednesday. The road had been closed since June 16, when torrential downpours prompted a landslide onto the road near Bobby Mackey’s, which is located in Wilder just past Newport.

Duke Energy workers had to clear utility poles and power lines off the road. Crews still have some cleaning to do in one of the northbound lanes, which is why it remains closed.