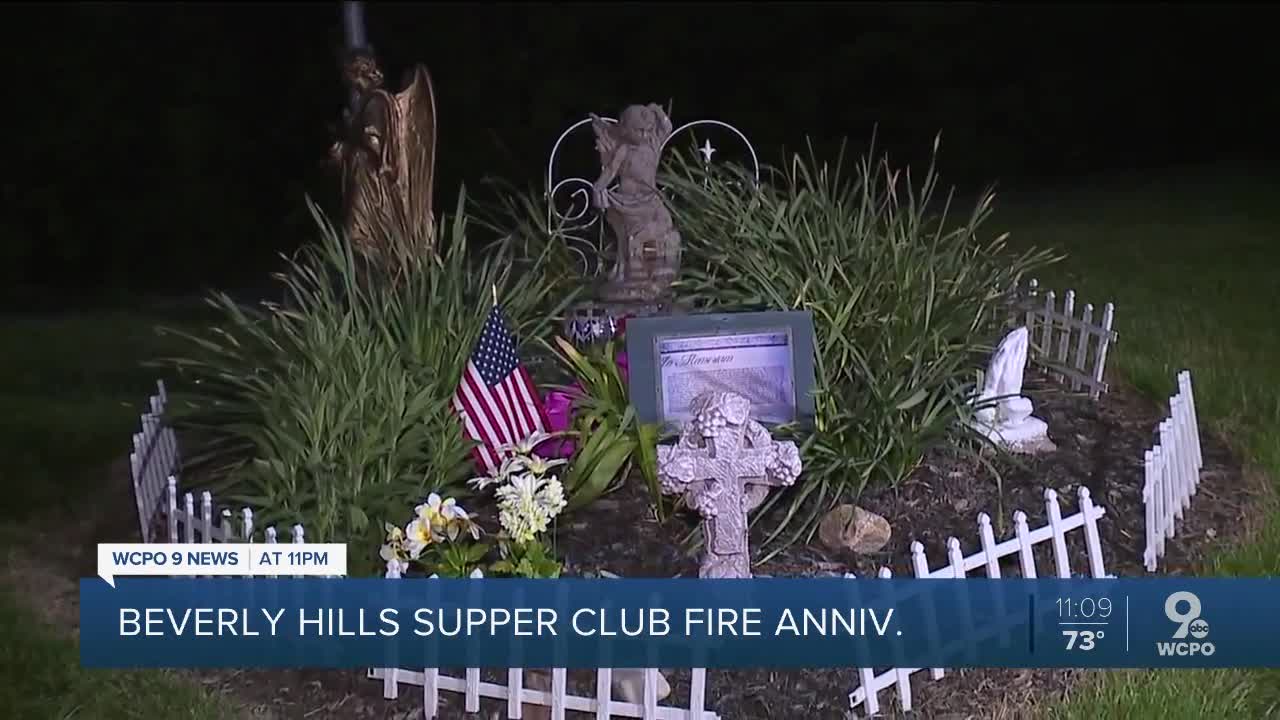 For friends and loved ones of the 165 people who died in the Beverly Hills Supper Club fire in 1977, today brought a last chance to remember the area the way it is. The land is scheduled to be redeveloped later this year.

SOUTHGATE, Ky. — For friends and loved ones of the 165 people who died in the Beverly Hills Supper Club fire in 1977, today brought a last chance to remember the area the way it is. The land is scheduled to be redeveloped later this year.

Leslie Henry was 18 when she lost her mom, Rosemarie Dischar, in the fire. "Rosie," as she was known, was a cocktail server in the Cabaret Room.

She said she enjoys being able to visit the site of the fire.

“I like going up there, because I know that’s the last place she was,” Henry said.

Milo Vaniglia, just 19 years old in 1977, was a brand-new firefighter.

It was a moment he said profoundly affected him.

“I didn’t know what I was looking at,” Vaniglia said. “It didn’t dawn on me. I quit the fire department after that. I didn’t go back. So traumatized.”

He said moving on has been tough.

“The memorial,” Vaniglia said. “I never did get closure. I try not to think about it. When I start thinking about it, I get emotional.”

The new construction on the site includes a new apartment complex and senior living facility.

“That area right there, where they were all stacked up, and the Cabaret Room, it’s all ashes,” Henry said, describing the area where her mother most likely died. “I feel like if a building was built on top of that Cabaret Room right now, I feel like someone would be building a building on top of my mom’s ashes.”

To many, the small memorial on the site isn’t enough to describe the pain that happened 43 years ago. That’s why they’re hopeful a permanent memorial will be built on the site of the Cabaret Room and the connecting hallway along with the newly-redeveloped buildings on the property.

“Those two locations should have an elaborate enough memorial to give people a feel for what happened,” Henry said. “Give those people the dignity that they deserve.”