Police: Motorcyclist dies in hospital after crash in Newport 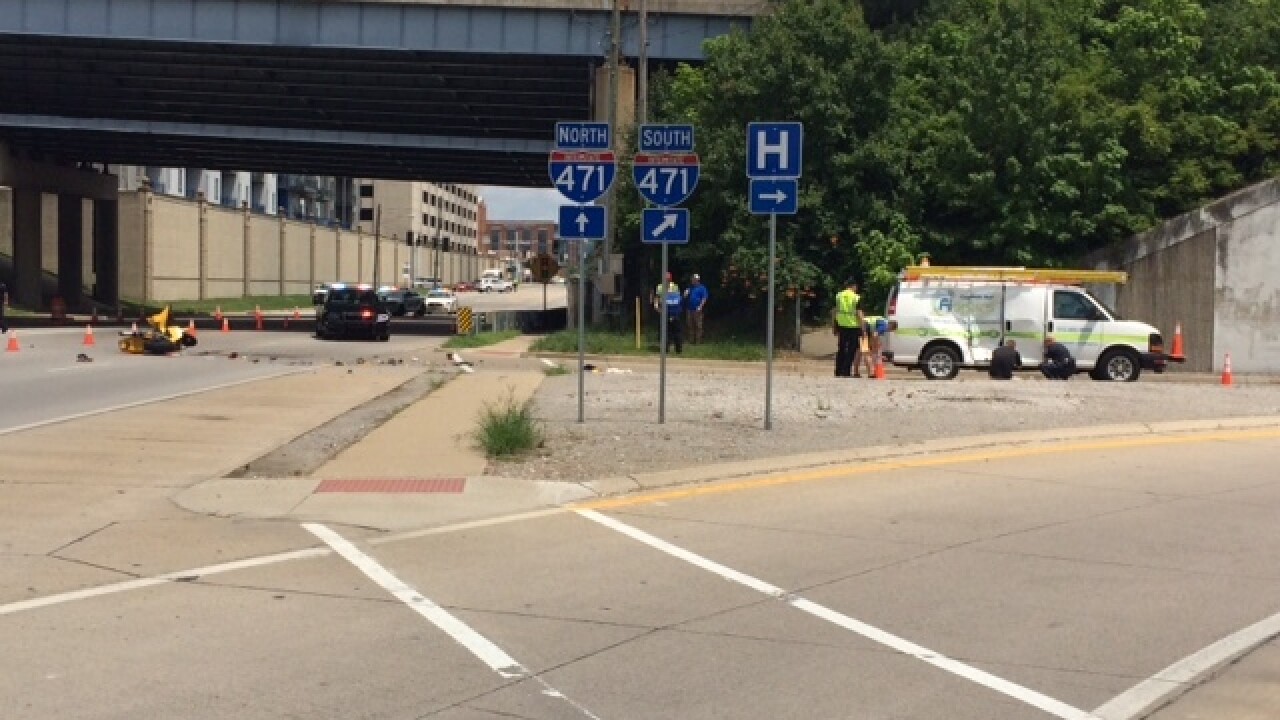 NEWPORT, Ky. — A motorcyclist died in the hospital Tuesday after slamming into the side of a utility van, police said.

According to Newport Police Chief Tom Collins, Joel Pouriet-Perez, of Hebron, was operating a motorcycle eastbound on Dave Cowens Drive between Newport on the Levee and Interstate 471 when he crashed into a Cincinnati Bell Fioptics van.

Collins said “it doesn’t look good” for the driver, and that the 34-year-old was driving recklessly at the time of the crash.