Giant Ferris wheel to start rolling on the river 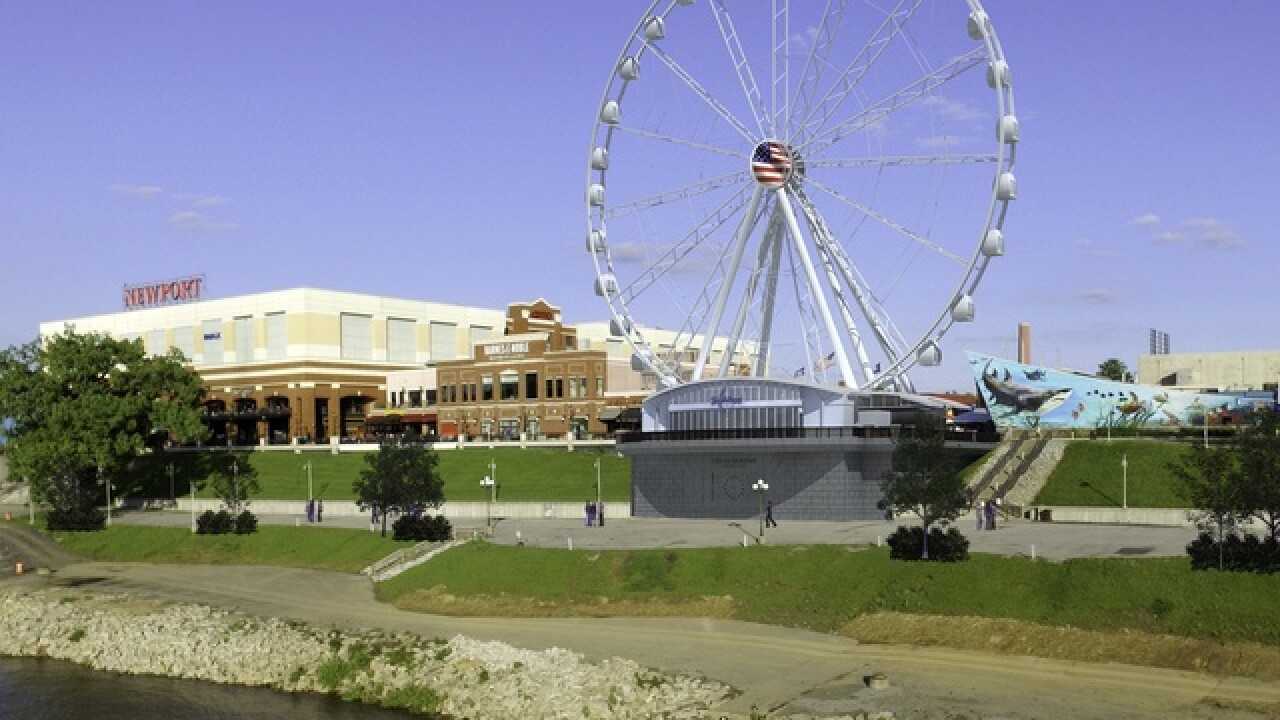 Copyright 2018 Scripps Media, Inc. All rights reserved. This material may not be published, broadcast, rewritten, or redistributed.
DCIM\100MEDIA\DJI_0061.JPG 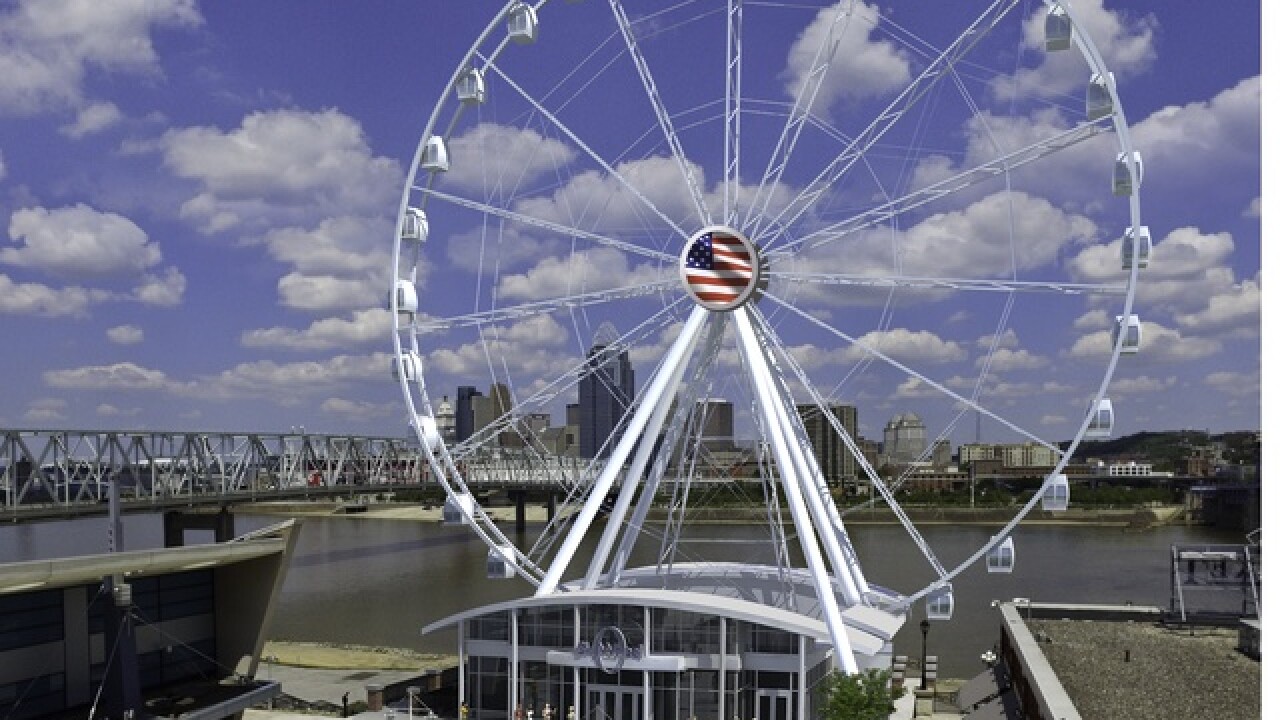 NEWPORT, Ky. – A giant Ferris wheel will soon be rolling on the Ohio River to draw tourists and residents alike to Greater Cincinnati's urban core.

SkyWheel, a panoramic observation wheel that will rise 235 feet above the Ohio River, is coming to Newport on the Levee in summer 2017. The SkyWheel will soar above Newport and feature 30 six-person, glass-enclosed gondolas, including one VIP gondola. Passengers will take three to four rotations during their 10-to-12-minute ride.

This proposal is 55 feet taller than initial discussions of the wheel at the 2015 International Council of Shopping Centers Convention in Las Vegas. Watch WCPO's report from May 2015 in the player below.

The giant wheel will be developed and operated by St. Louis-based Koch Development. Koch expects that the investment will be well in excess of $10 million and anticipates that construction will begin following final approval of the U.S. Army Corps of Engineers, which regulates all construction projects along the Ohio River.

“A Ferris wheel resonates with the public. It sparks a feeling of nostalgia,” said Koch Development Managing Director Matthew Stack. “People know what it is. They are drawn to it. SkyWheel is awe-inspiring to look at and even better to ride."

Stack said the Ferris wheel will become an instant landmark and icon that will offer one of the most unique views and experiences from which to see Northern Kentucky and downtown Cincinnati.

Koch Development built a 187-feet-tall wheel in Myrtle Beach, South Carolina, in 2011 and plans to open another in Panama City Beach, Florida in 2017.

This development means that Cincinnati is putting its own spin on the global trend of cities erecting enormous observation wheels, joining the likes of Seattle, Orlando and Pigeon Forge, Tennessee, which have all built wheels in the past four years.

Watch a video tour of the SkyWheel in Myrtle Beach in the player below.

Koch Development will finance the project with bank debt that will cover “less than 50 percent” of the construction cost, Slack said. No public subsidies are being sought for the project.

“When we initially embarked upon this project, we believed there to be a state of Kentucky Tourism Tax Credit available to us,” he said. “We do not generate a sales tax. Therefore, we don’t qualify for the tax credit.”

Slack said the Skywheel will generate annual revenue in the range of $5 million, drawing nearly 500,000 visitors in its first year at prices similar to what it charges in Myrtle Beach. That’s $14 for adults and $9 for children.

The wheel isn’t cheap to operate, but the Myrtle Beach Skywheel has been “financially viable and profitable for five years,” Stack said. "We've proven our business concept to the marketplace.”

The Newport riverfront gives Stack additional comfort that the Skywheel will work in Cincinnati.

“The biggest confidence builder for us was the critical mass” of restaurants, bars and other attractions on the Newport waterfront, he said. “That’s our forefront. We’re looking for that high concentration of synergistic critical mass that we can complement.”

Koch Development has yet to receive final approval by the U.S. Army Corps of Engineers for a construction permit, but it’s hoping that will happen in the next several weeks so construction can begin this summer.

Construction will take about a year, with piers and concrete and steel piles being installed through the earthen flood wall east of the Newport Aquarium. The piers will support a platform on which the giant wheel will operate. Neither the construction project nor the operation will disrupt operations at the aquarium or Newport on the Levee, Stack said.

Riverboat Row will be disrupted temporarily because construction crews will use the street as a staging area, Stack said.