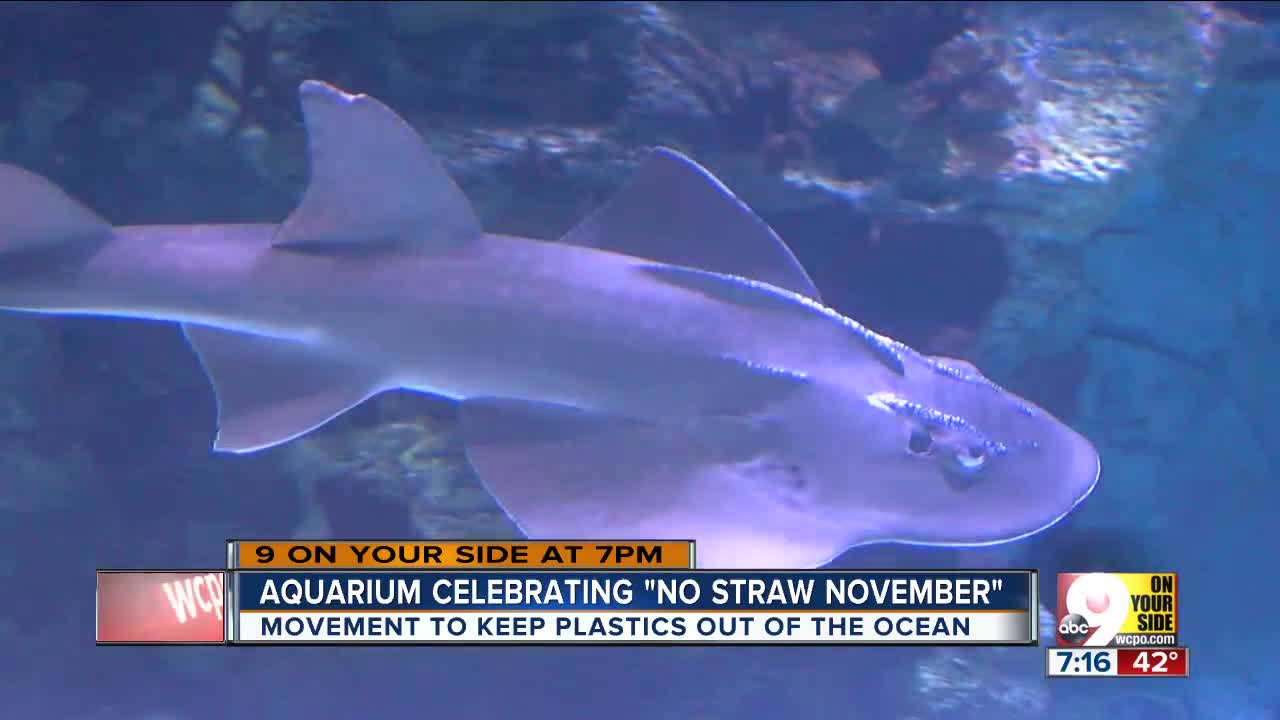 The Newport Aquarium joined 21 other aquariums across the United States in a national push to reduce plastic pollution by cutting out single-use straws. The goal of the No Straw November movement is to encourage individuals, businesses and cities around the country to cut back on plastic waste by Earth Day 2019. The campaign kicks off by asking people who don't need them to refuse plastic straws for 30 days. 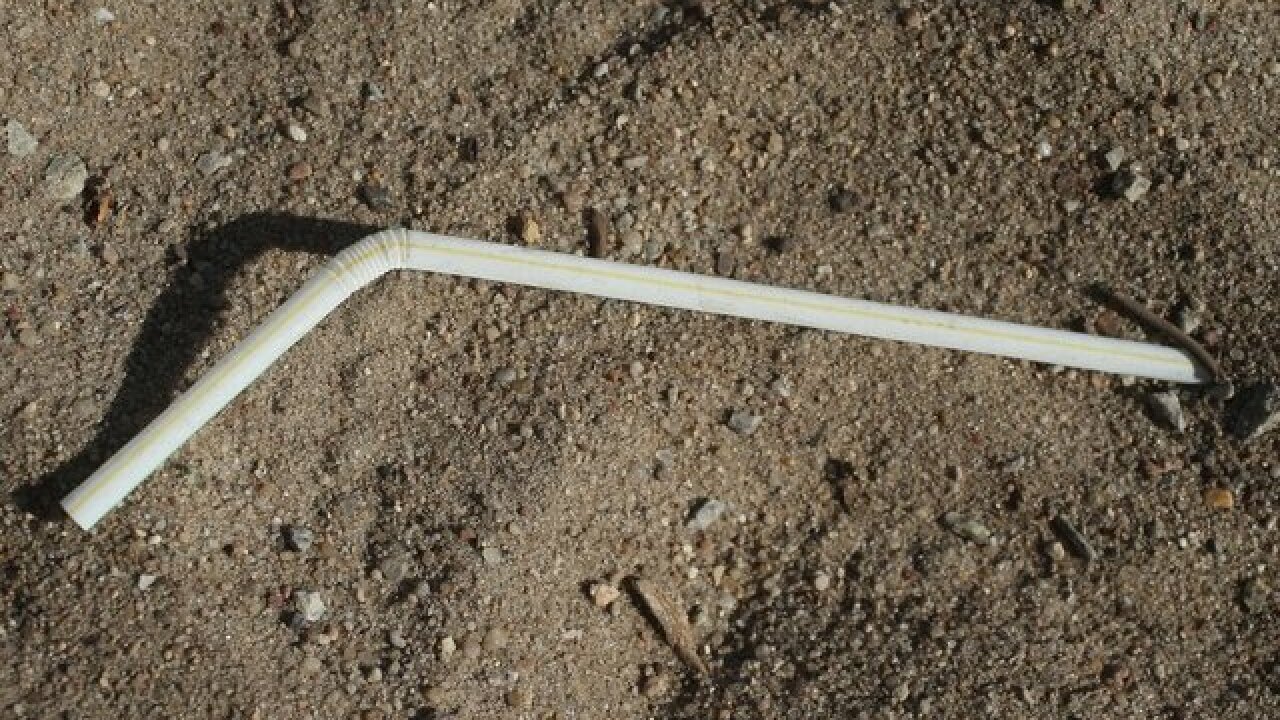 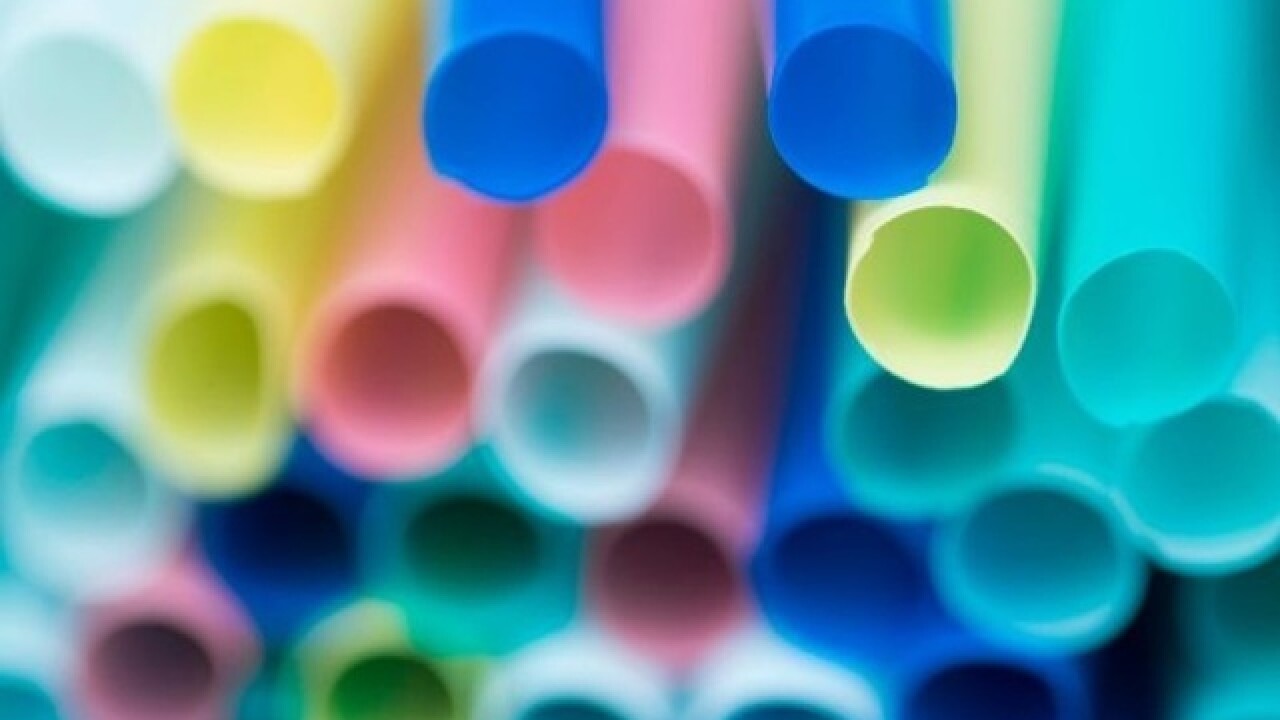 NEWPORT, Ky. -- The Newport Aquarium joined 21 other aquariums across the United States in a national push to reduce plastic pollution by cutting out single-use straws. The goal of the No Straw November movement is to encourage individuals, businesses and cities around the country to cut back on plastic waste by Earth Day 2019.

The campaign kicks off by asking people who don't need them to refuse plastic straws for 30 days.

"Cutting back on plastic straws doesn't solve the problem, but it's an important first step," Newport Aquarium executive director Eric Rose said. "It gets people thinking and talking about ways they can reduce their reliance on single-use plastic items -- and encourages the innovation of ocean-friendly alternatives."

Since the 2017 launch of the Aquarium Conservation Partnership (ACP), the 22 partner aquariums in 17 states have eliminated more than five million straws, stopped using plastic shopping bags and have committed to significantly reduce or eliminate plastic beverage bottles by 2020.

"(It's) a thing for multiple reasons, but the big one, most simply, us as a society created over 400 million pounds of plastic trash in the oceans per year, and at that current rate, in 30 years, there is going to be more plastic in our oceans than there are fish, and that's just mind-blowing to me" Rose said.

"So, we are stepping up, we are taking the first step here at Newport Aquarium and asking our business partners and our guests to do the same by starting with a straw," Rose said. "A very simple step that we can all make -- saying no to the straw."

Straws end up in landfills and can eventually make their way into oceans.

"Here, obviously the Ohio River connects to the Mississippi and then to the gulf stream," Rose said. "So, a lot of those floating plastics do end up in the Gulf of Mexico and the Carribbean where turtles are found."

Turtles, such as Newport Aquarium resident Denver, can have their ecosystem disrupted by the discarded plastic.

"It can get into their food sources," Rose said. "It does break down, but it doesn't decompose, so eventually these plastics get smaller and smaller, but they don't go away. So the small fish eat the plastic; it goes into their bodies. If it doesn't kill them immediately, then the big fish eats the small fish, and that's the circle of life. Eventually, it builds up in a toxic (amount) and the animals do die."

The bottom line, Rose said, is that plastic is building up in the oceans and that's what the campaign is trying to stop.

"We have metal straws (at the Newport Aquarium), I've got a dozen of these at home that we use in our family," Rose said. "All the staff have them around here. So, what we are not asking is people to stop those straws if there's a disability, or there's a really good reason to use one, you might be in the car or something. But the fact is there's alternatives and we don't constantly have to be taking plastic straws and throwing them in the garbage."

ACP's initiative has already gone global. The partnership's work helped inspire the commitment of a global coalition of 200 aquariums to raise awareness about plastic pollution by 2019.

"A sea change is underway, and people want to do their part to ensure the future of our ocean planet," National Aquarium president and chief executive officer John Racanelli said.