Monmouth is modern with a hint of old spice 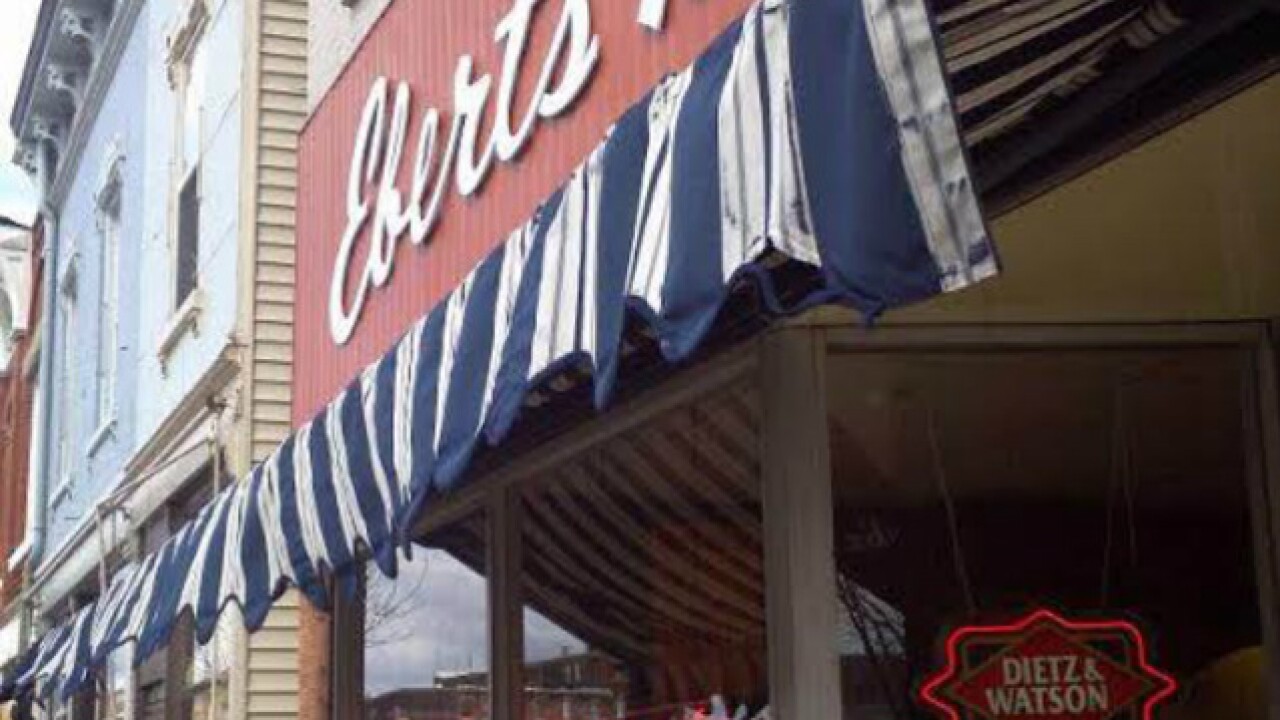 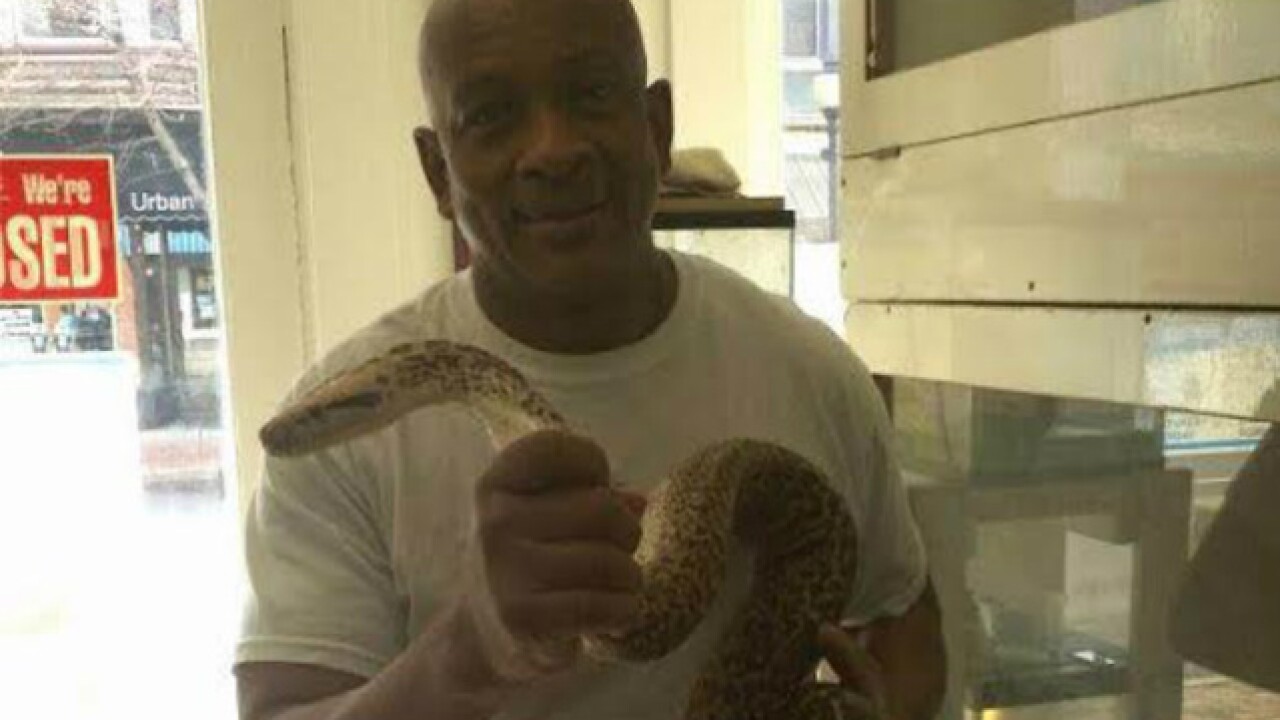 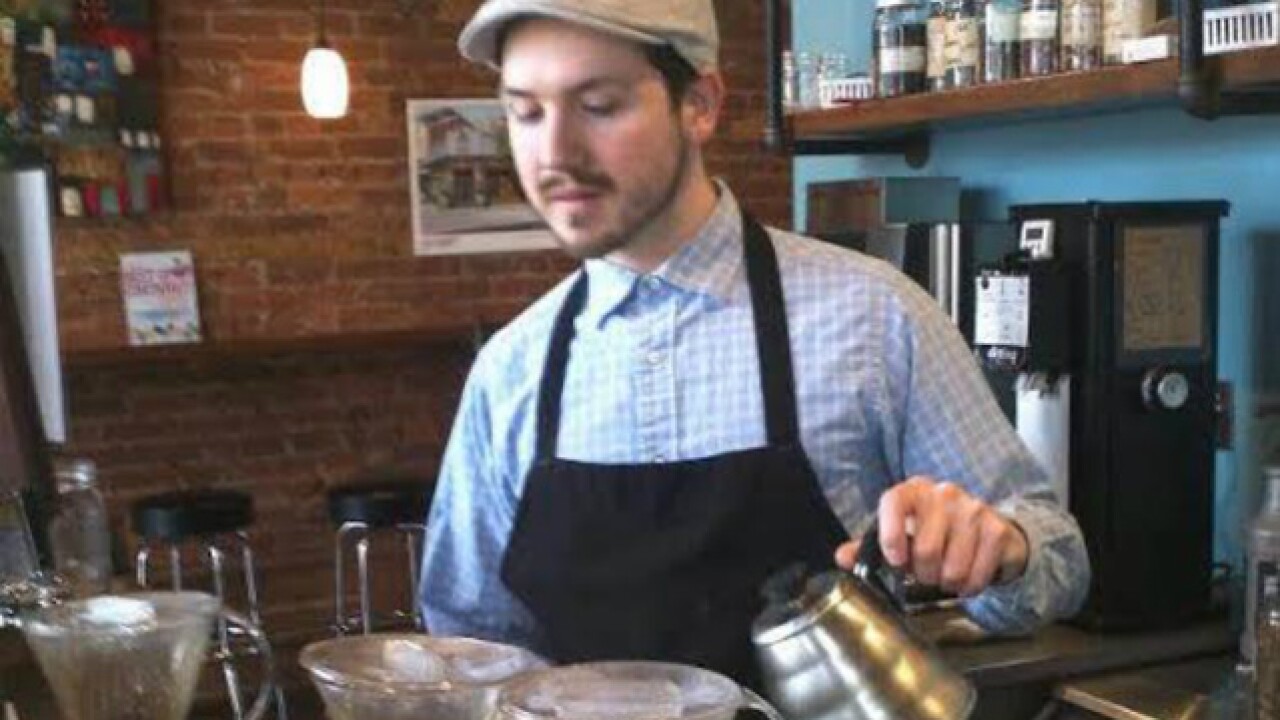 NEWPORT, Ky. – Stroll down Monmouth Street and you can hold a 12-foot-long snake, gaze at a fancy European bicycle, nuzzle loaded cheese coneys in the original Dixie Chili, and check out an authentic Texas Bowie knife.

On this same stretch of road you can buy a gun, organize your banking, partake in a real Mexican meal or enjoy movies on one of 20 screens.  You can have your lawn mower repaired, sign up for sewing, knitting or fitness sessions, and have your shoes repaired.

Monmouth Street, U.S. 27, is a highway of history and notoriety where its traffic runs one-way through the city for 1.2 miles from the old Newport Shopping Center near Carothers Road north to Newport on the Levee.

Once known for gambling dens and strip clubs, Monmouth’s renaissance of new business and shops “has set the tone for the rest of the city,” said Newport Mayor Jerry Peluso.

Walking Down The Street

Terry Wilkins, 62, breeds and sells reticulated pythons to pet owners and to zoos all over the country from his store, Captive Born Reptiles, 635 Monmouth. One recent afternoon he exhibited a 9-foot, 2-year-old male Burmese Python by allowing 10-year-old customer Javier and his sisters, Jacyn, 10, and Bianca, 11, to more-or-less hold the reptile. This species is “the one filling up the Everglades,” said Wilkins. It breeds prolifically.

Across the street at number 648, Jason Reser, 32, proprietor of Reser Bicycle Outfitters sells and services some very fine, very expensive pieces of transportation for on or off road. Just around the corner on Seventh Street Trailhead Coffee offers a bike-up marble counter for alfresco caffeine consumption.

Reser explained the street's attraction while holding his seven-month-old son, Louis: “I located here because I saw a vibrant urban highway with thousands of people passing every day.” He showed off a $6,800 Salsa road bicycle. With big fat tires, shock absorbers, disc brakes and a host of bells and whistles, it’s a machine to make even old bicycle racers with bad knees anxious to ride again.

Two blocks south, at 833 Monmouth, Gayle and Kendall Dickerson operate Cecil Clark Knife Co. with every imaginable cutting tool from a knife, fork and spoon set for camping to a variety of machetes to glistening Texas Bowie knives.

Among several restaurants, three — Dixie Chili, at 733 Monmouth, La Mexicana at 642, and the Pepper Pod at 703 — include colorful histories and serve good food. The Pod, as regulars call it, serves up hot food 24 hours. La Mexicana, with Spanish speaking servers, is authentic Mexican.

The experiences existing on Monmouth today are built atop a colorful history of gambling casinos, strip joints, and more corner bars than street corners.

Around 3 a.m. on a spring morning in the late 1970s, two men tumbled out of a strip club between Third and Fourth streets, performed a back-to-back pace-off, then shot and killed each other in the middle of the street.

Weifit Fitness on the corner at 846 Monmouth was the site of Trixie Delight’s, notorious for strippers and prostitutes. LaMadam’s, another strip joint, was next to the Costume Gallery, 638 Monmouth, and is now home to Falcon Theatre, which produces live contemporary plays. The Costume Gallery manufactures costumes for theatres from Chicago to Atlanta, according to Joy Galbraith, a Northern Kentucky University costume major.

Dixie Chili is in its original 1929 location, according to Spiro Sarakatsannis, current family owner. He pointed to an area beyond the present kitchen saying “there were slot machines back there at one time.”

Prior to 1987, according to Mayor Peluso, about 30 strip joints populated the city. By 1987, the number was reduced to 16, and now there are only two such adult entertainment venues — the Brass Mule and Brass Ass — both in the 600 block of Monmouth.

The landscaped parking lot next to Pepper Pod hosted Kit Kat Club and before that an adult movie theater, said Pepper Pod owner Bill Barton, 73, who said that with reforms over the past few decades Newport has “improved in looks.”

The gently rolling Licking River bottoms make for good walking visits. From Twelfth Street north to about Seventh near Dixie Chili the street dips and rises, then slowly declines around one gentle bend to arrive at Newport on the Levee.

The oldest business on the street, operating since 1897, is Ebert’s Meats, 939 Monmouth, where the Steffen family with expert butcher Paul Bartusch grinds great chuck daily. By contrast, Reser’s Bicycles and Carabello Coffee are both less than 10 years old and are operated by ambitious young entrepreneurs.

Newport on the Levee, with approximately 1,200 employees, is one of the city’s largest tax sources, generating some $794,000 in 2015 according to City Manager Thomas Fromme. Prior to the Levee, tax generation in that location amounted to less than $30,000 annually, city officials said. The Levee, with the Newport Aquarium, good restaurants and events, is a major regional tourist draw.

“This is Americana at its best,” says Mayor Peluso. His unofficial but efficient office is a round, beige Formica pedestal table and two curved chrome chairs with red seats in the front window of the Peluso Delicatessen, 623 Monmouth. His family has operated the business since 1931. Peluso is in his 29th year on council, his eighth as mayor, and was one of the reformers who championed social evolution.

“To survive, we had to have change,” Peluso says.

Monmouth’s evolution, Peluso explained, happened in three stages: First, gambling and bootlegging from the 1920s and '30s to about 1960, then, about three decades of go-go dancers, strippers and prostitutes until change came with new racketeering laws and reform candidates beginning in the late '80s and '90s.

The current Newport City Hall, at 10th and Monmouth streets, was built in 1992. Newport on the Levee, at the north end of Monmouth, replaced several dives, opened in 2001 with a 20-screen movie theater, first–rate restaurants, a Barnes & Noble and upscale shopping. The aquarium is a national draw. A new residential and office addition is going up on the Levee’s east side.

Mary Smith, one of the owners of Urban Chick Boutique, 634 Monmouth, said business on the street is “more enticing to people, and they feel safer now.” Her business once was the site of a pawnshop. Future plans there include developing apartments on upper floors that could include a bed and breakfast operation.

“We did streetscape here in the '90s,” said Peluso, pointing out his window at a view clear of telephone and electric wires and poles. “We got rid of all the wires and put in new curbs and trees. Monmouth set the tone for the rest of the city.

Not all is bliss because a few stores along Monmouth are junky, some are closed up and a few are decayed.

“The energy is good now, but we are not finished,” the mayor said.

The Past Is Neighbor To The Future

The vibrancy of Monmouth Street today comes from the new being spiced with the old.

On a recent Friday evening Trey Grayson, President of the Northern Kentucky Chamber of Commerce, dined at La Mexicana. Diners were buzzing, service is good and food comes exactly as ordered. Two quesadillas and one margarita (small) came to $21.

Caraballo’s Coffee on East Ninth Street has received a $42,000 grant to expand to a shop facing Monmouth at Ninth. Work so far includes an awning out front and some interior amenities. When finished, the shop will occupy the short block along Ninth between Monmouth and Dayton streets. The tone is airy, brightly lighted through large windows and populated by 30-somethings on laptops.

Older businesses include the barbershop of Ira Pyles, at 707 Monmouth. Pyles said he gave his first haircut to Albert “Red” Masterson, known as a gangland enforcer in Newport from the 1920s through the 1940s. These days Pyles, with a head of thick white hair, wears a UK polo shirt while trimming hair.

Along the street, as day turns to dusk, long shadows start bisecting the blacktop. Lights come on at the Brass Mule. 613 Monmouth, with its large, lighted, suggestively shaped sign jutting skyward.

The past intersects with the present on Monmouth as a customer enters the Brass Ass and diners fill tables at La Mexicana.