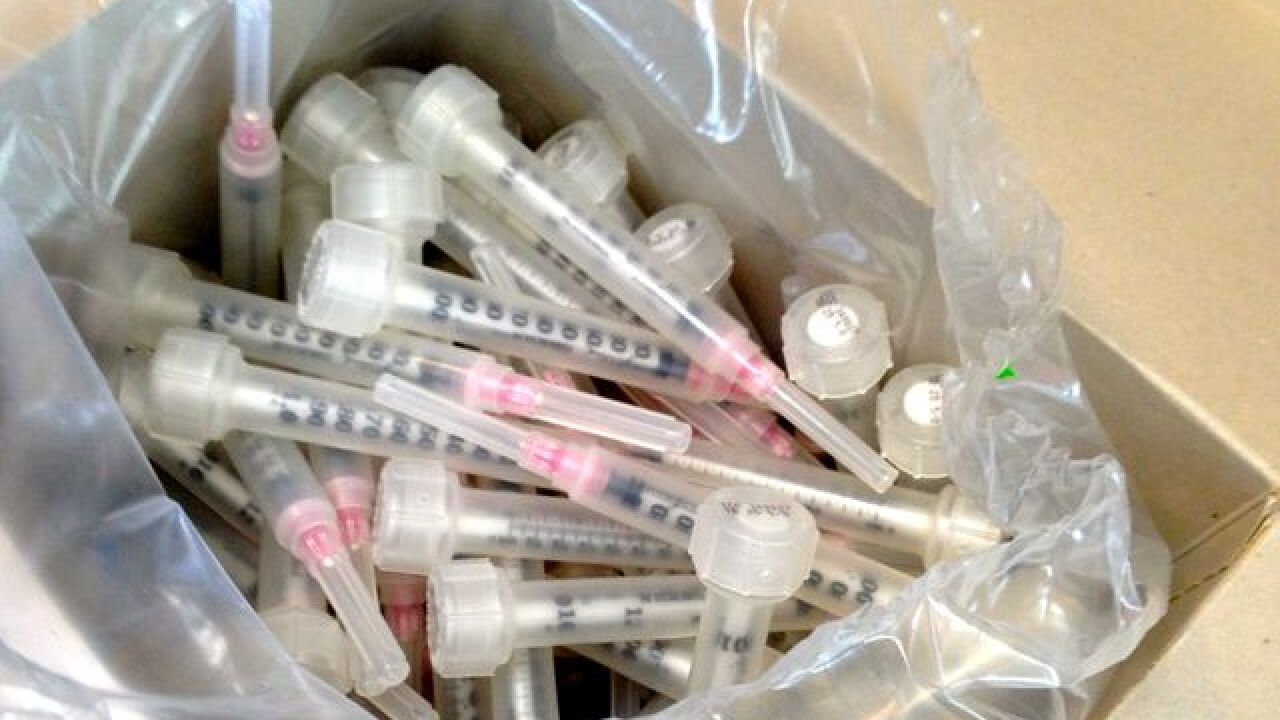 Campbell County is one step closer to hosting a needle exchange program, following the lead of other municipal and county governments across Northern Kentucky.

The fiscal court approved the resolution by a vote of three-to-one. Judge/Executive Steve Pendery and commissioners Brian Painter and Tom Lampe voted in favor of the resolution; Commissioner Charlie Coleman voted no.

The resolution has a sunset provision, which will expire on December 31, 2018.

The Kentucky General Assembly passed what has become known as its “Heroin Bill” — officially known as Senate Bill 192 — in March of last year, which made local governments responsible for establishing local-option needle exchanges. Those exchanges require approval from county and city governments.

Pendery has been on record since the heroin bill passage that he’s in favor of bringing a needle exchange program to Campbell County.

“The fact that the legislature voted for anything remotely resembling a needle exchange, local-option or not, is astonishing,” Pendery told Fort Thomas Matters in 2015. “It happened because (legislators) got the facts and the facts were clear: Needle exchanges are a good thing.”

Lampe, who sits on the St. Elizabeth Health Care Board and has also been on board with the idea of a needle exchange for more than a year, said that he’s listened to health care officials on the issue.

The dissenting voice on the court, Coleman, has gone on record opposing the exchanges, saying that he believes the majority of Campbell County residents do not want needle exchanges in their county.

“For the past year, I have canvassed Campbell County residents to their opinion on needle exchange,” he said. “Although not scientific, overwhelmingly Campbell Countians have told me ‘no’ to the needle program.”

Commissioner Brian Painter was considered the swing vote on the issue, having said in 2015 that he was open to a conversation. He said his Yea vote took its cue from an up-and-down tax levy vote in 1981, that indicated the county would help fund mental health and intellectual disability programs.

“We had a clear mandate from our county voters in 1981 to take care of those who have mental health and intellectual disabilities,” he said. “If all we are doing is paying for our health care in jail, we aren’t going to be able to do the things we need to do as a county, like paving our roads.

“We have to protect the county coffers from those that are partaking in behaviors that are spreading disease in our county,” he said.

Painter said a private grant from the R.C. Durr Foundation will help pay for the needle exchange, so that the county could be protected from, as he put it, “excessive claims.”

One key difference between Campbell and Kenton’s respective plans is based on location: Kenton County’s will operate as a mobile unit just three hours per week.

Painter tried to build consensus on this approach, but couldn’t.

“The devil is in the details,” he said. “We’re counting on our health department officials to help guide this decision because it’s a local mental health issue. The fact of the matter is there were great conservatives that have already passed the exchange in Kenton County, and it’s time we looked at doing the same in Campbell County.”

Coleman’s opposition to the plan was deeply rooted in location, saying he was uncomfortable with the exchange being located in the Fiscal Court building, located at the corner of Monmouth and 11th streets in Newport.

The next hurdle comes on the city level, where the Newport City Commission will debate the issue.

Mark Collier is the publisher for FortThomasMatters.com, a local news website about his hometown and surrounding areas. He’s passionate about local and state politics, Cincinnati and Kentucky sports and bourbon and beer. You can follow him on Twitter: @MLorenCollier or @FtThomasMatters.