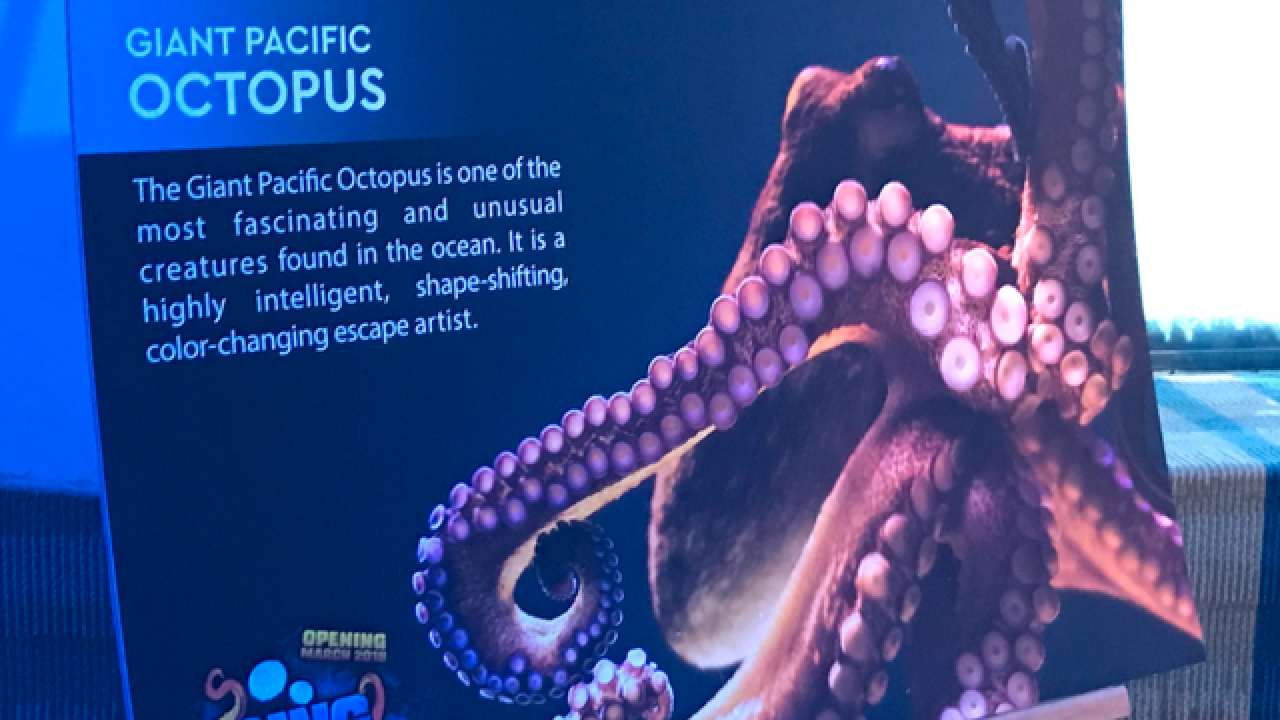 Copyright 2017 Scripps Media, Inc. All rights reserved. This material may not be published, broadcast, rewritten, or redistributed.
Ally Kraemer | WCPO
<p>After teasing us with mysterious hints all week, the Newport Aquarium announced on Friday morning that a new Ring of Fire exhibit will open in March.</p> 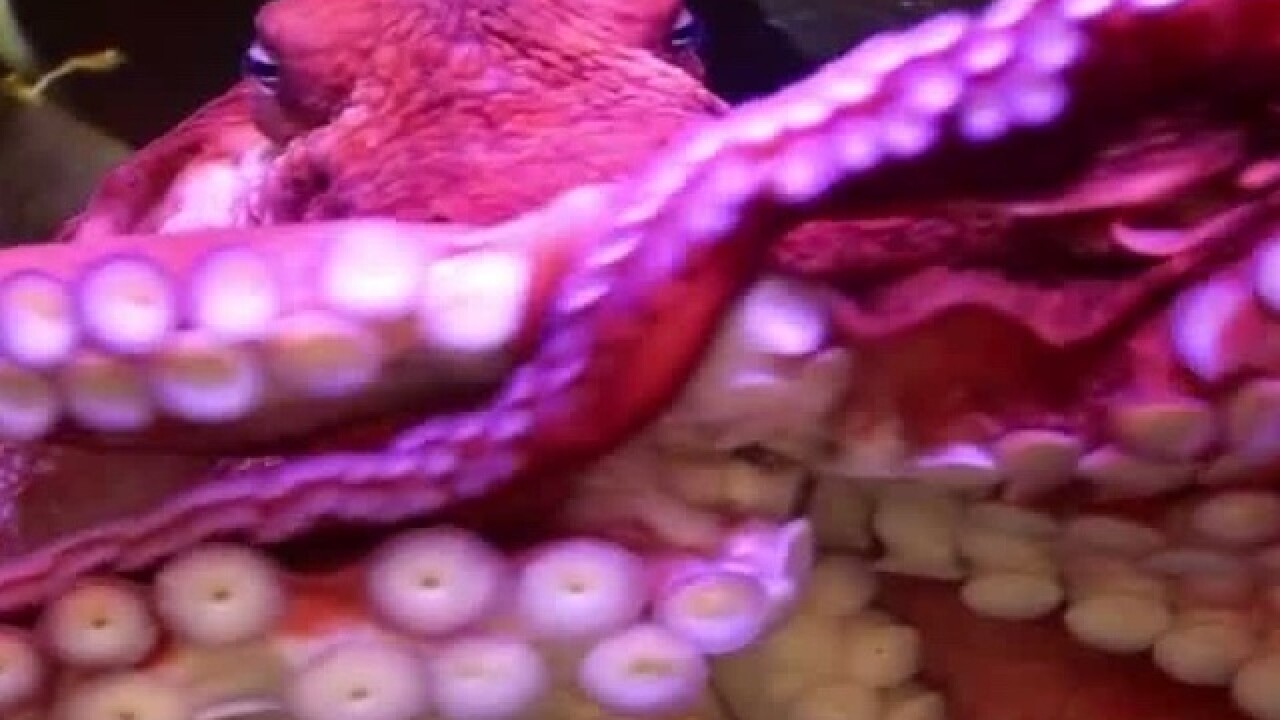 NEWPORT, Ky. -- After teasing us with mysterious hints all week, the Newport Aquarium announced on Friday morning that a new Ring of Fire exhibit will open in March.

The new exhibit will feature the animals that have been most requested by visitors, including a giant Pacific octopus, a moon jellyfish breeding program and Japanese spider crabs.

"The ecology and the biology around the Ring of Fire is one of the most intriguing elements of the oceans," said Eric Rose, Newport Aquarium executive director. "It's fascinating how awesome Mother Nature and the ocean are to have animals that thrive in that turbulent environment."

Inspired by the volcanoes and earthquakes that define the Ring of Fire surrounding the Pacific Ocean, the exhibit will feature periodic displays of glowing light and rumbling sounds. Guests can explore the Octopus Den, a cavelike space under an arched rock portal never before accessible to the public. A new display of moon jellyfish will showcase hundreds of the animals as they flutter and float. Finally, a cylindrical tank will allow 360-degree views of the Japanese spider crabs, which can grow up to 12 feet long from claw to claw, making them the largest crab in the world.

Ring of Fire opens in March and behind the scenes tours will also showcase a new jellyfish breeding program. Baby jellies! @WCPO pic.twitter.com/h29ypUEvOo

Find out more about the exhibit at the aquarium's website here .

On Wednesday, the Newport Aquarium sent 9 On Your Side a tiny volcano in a glass bowl complete with this mysterious haiku:

Aquarium spokeswoman Jennifer Tan said the exhibit showcases "one of the most fascinating habitats on Earth."

The only other hints the aquarium gave us before the big reveal were: "These mysterious creatures share an interesting story with a geographic range that will be highlighted in the exhibit. Guests will be IMMERSED (emphasis added by the Newport Aquarium) in the habitat, and can interact with the species in different zones of the exhibit."