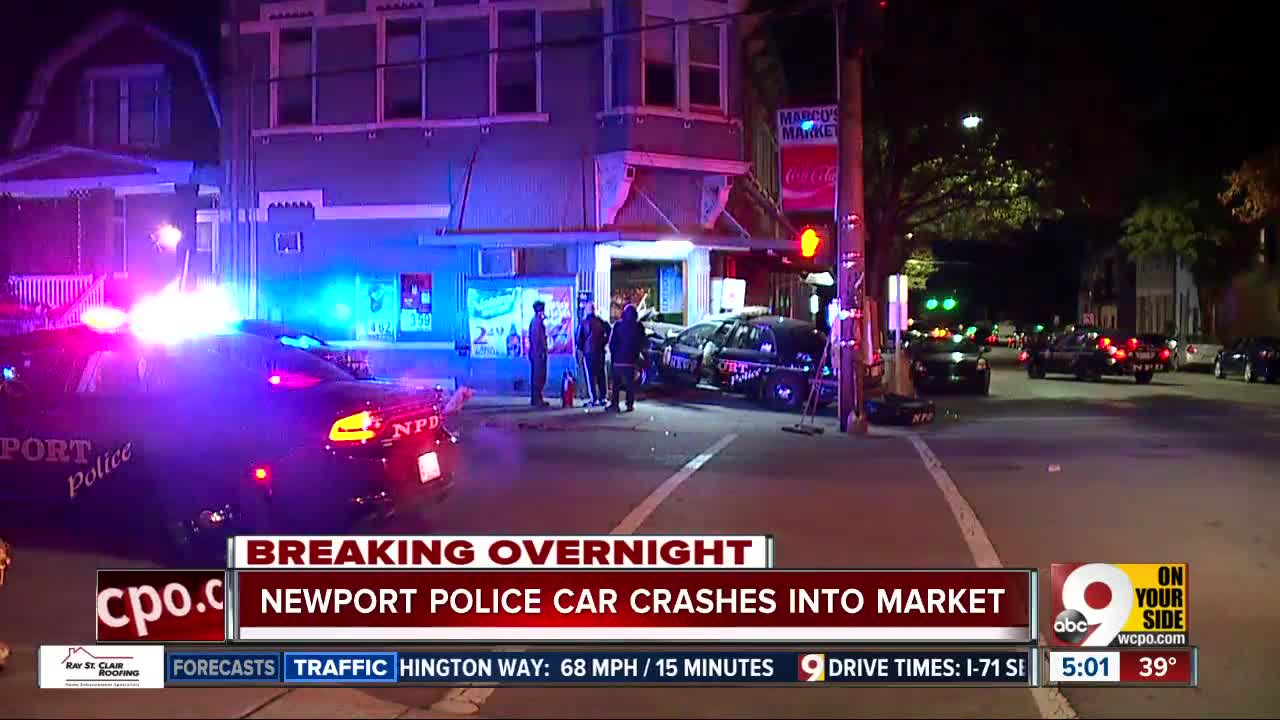 A Newport Police Department cruiser was sent into a corner store early Monday morning after the cruiser and another car crashed. 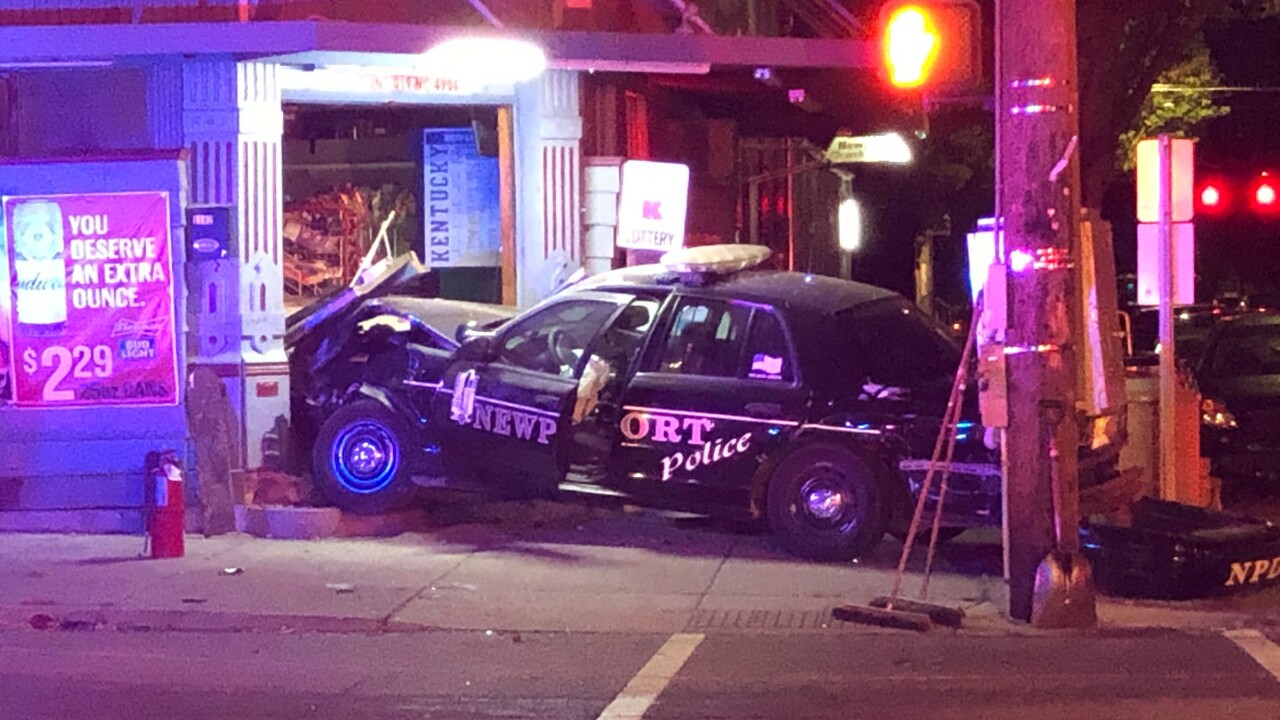 NEWPORT, Ky. — The driver who crashed into a Newport police cruiser said she was looking at her baby in rear-view mirror, concerned that her child may be choking, when she caused the crash, police say.

The cruiser wound up crashing into a corner store at 10th Street and Isabella Street just before midnight. The three people involved were taken to a hospital for evaluation and released, according to police.

The woman ran a red light at the intersection, police said. The officer maneuvered to avoid a collision but ended up hitting Marco's Market nearby. No one was in the market at the time.