Wheel will be larger than Skystar. 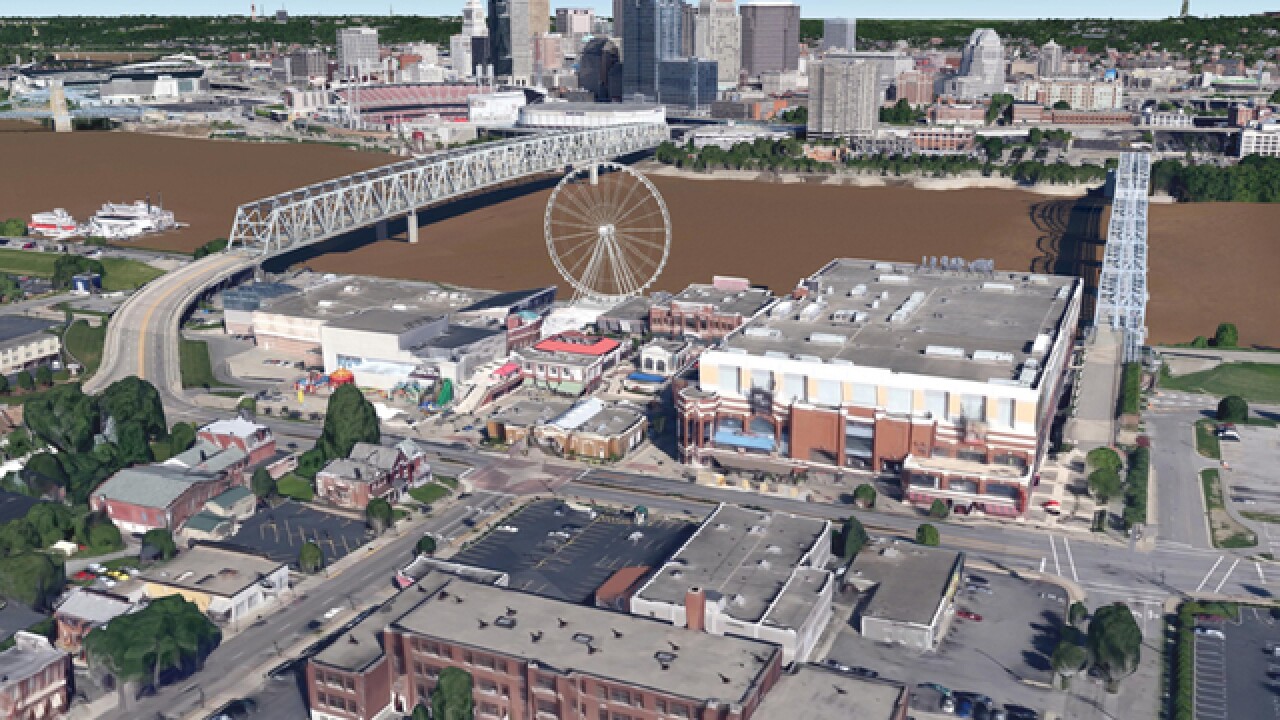 Copyright 2017 Scripps Media, Inc. All rights reserved. This material may not be published, broadcast, rewritten, or redistributed.
<p>Photo courtesy of Woolpert</p>

NEWPORT, Ky. — The Newport Skywheel received federal approval to move forward with construction on the project.

The U.S. Army of Engineers told the city of Newport on July 22 that the city's permit for construction had been approved.

The Skywheel will be a 230-foot tall Ferris wheel on the riverfront with 30 climate-controlled gondolas. It will be built at Newport on the Levee by Koch Development from St. Louis.

The project includes a 13,000 square-foot concrete pedestal along the Ohio Riverbank.

Newport City Manager Tom Fromme said he is excited for all of the development along the river.

"The SkyWheel is going to be a major tourist attraction," Fromme said. "We expect about 400,000 riders a year. And because the gondolas are climate controlled, the SkyWheel can be enjoyed year-round."

Officials with Koch Development said the plans and schedule for building the wheel are being finalized.

The wheel will be added to Newport on the Levee around the same time a $40 million dollar music venue is being built near where the Ohio and Licking Rivers meet.

Last month, the Skystar Wheel announced it would be staying in the Banks. Newport Mayor Jerry Peluso said he's not worried about competition.

"Comparing any other local wheel to Newport's SkyWheel is like comparing Mount Adams to Mt. Everest," Peluso said.

MORE: Newport SkyWheel finally on its way — for real this time

The plans for the Skywheel come amidst the $100 million redevelopment of Newport on the Levee by North American Properties of Cincinnati. The developer purchased the Levee last year for the same amount of money.