Newport on the Levee to go smoke- and vape-free with St. Elizabeth partnership 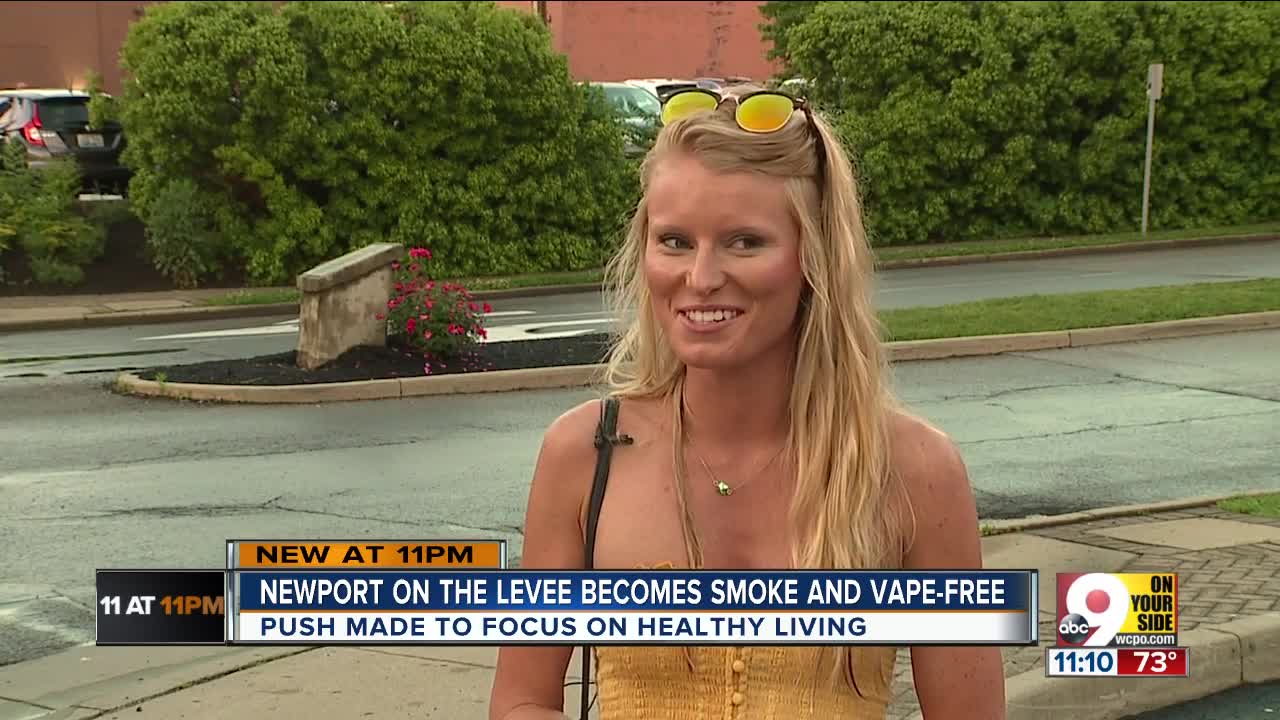 A partnership with St. Elizabeth Healthcare will make Newport on the Levee a completely smoke- and vape-free property within the month, according to a news release from the riverside entertainment hub.

NEWPORT, Ky. — A partnership with St. Elizabeth Healthcare will make Newport on the Levee a completely smoke- and vape-free property within the month, according to a news release from the riverside entertainment hub.

“There is a very real need in our state and in our community to offer education and activities to help the public understand the very serious consequences of smoking and the negative effects of a sedentary lifestyle,” said John Mitchell, senior vice president and COO of St. Elizabeth Fort Thomas and Covington, in the release.

He’s right, according to data collected by the not-for-profit United Health Foundation and the Centers for Disease Control and Prevention.

America’s Health Rankings, a project of the United Health Foundation, ranks Kentuckians’ overall health 45th in the nation — and lists the high prevalence of smoking among adults as a major contributors to that score.

Every gender, income level and age group within the Bluegrass State smokes at a higher rate than the national average, sometimes by double digits. In 2017, the CDC’s Behavior Risk Factor Surveillance System found about 25% of all Kentuckian adults smoked. Among those with less than a high school education, the rate was even more startling: 44%.

These habits, in turn, can lead to higher-than-average rates of cancer, lung and heart disease and premature death.

Although it’s the most eye-catching part of the new partnership between the Levee and St. Elizabeth, the smoking ban isn’t the only new addition to the Levee this summer. St. Elizabeth has also been holding fitness classes emphasizing exercise such as yoga, dance and tai chi. (Anyone interested in learning about remaining class times can find out more here.)