Bicyclists hope to set up lanes on Newport streets, encourage more to ride 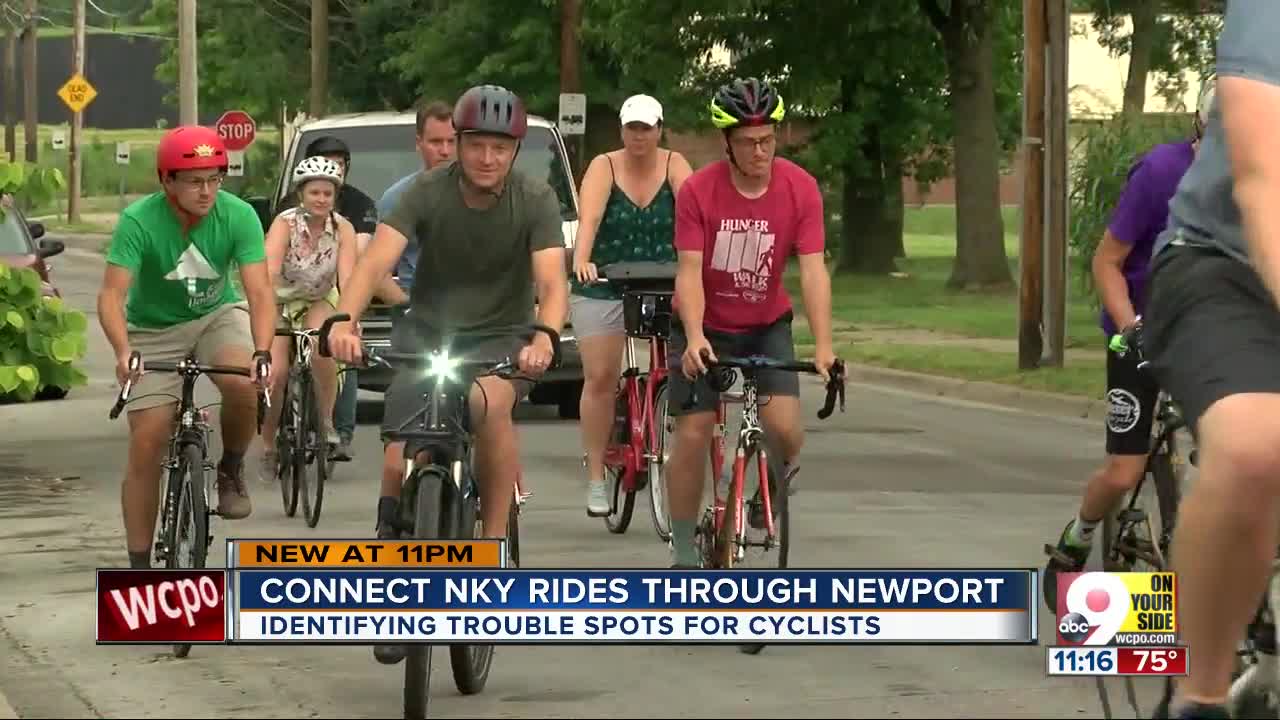 An effort to make Northern Kentucky roads safer for walking and biking is looking for community feedback.   Connect NKY held a slow ride on bicycles through the streets of Newport in Tuesday. The group wants to get more people on two wheels in the Bluegrass State.

NEWPORT, Ky. — An effort to make Northern Kentucky roads safer for walking and biking is looking for community feedback.

Connect NKY held a slow ride on bicycles through the streets of Newport in Tuesday. The group wants to get more people on two wheels.

With more people starting to live in the heart of Newport, Comte sees a growing need.

“I walk, I bike and I use scooters, and I think people living down here want to be able to do that every day,” she said.

“So we’re trying to make that a safe activity so people feel safe in being able to make that choice,” said Wade Johnston, director of Tri-State Trails at Green Umbrella.

Johnston is working with Comte and Connect NKY to try to bring dedicated bike lanes to Newport and encourage more people to take two wheels instead of four.

The slow ride through Newport is helping the group figure out where the city's infrastructure can be improved to make it safer for cyclists. It wants to put up temporary bike lanes to improve trouble spots.

“We’re also, at the end of each ride, having a discussion of what was scary, what was not, where do you want bike infrastructure, where don’t we need it, all sorts of feedback,” Comte said.

The group hopes those temporary lanes will become permanent.

“So that we can show the public without having to invest a lot of money - just a short, quick, cheap installation - that bike infrastructure is something that is accessible and improves our community,” Johnston said.

After they settle on the locations, organizers will set up those temporary bike lanes Sept. 6-15.