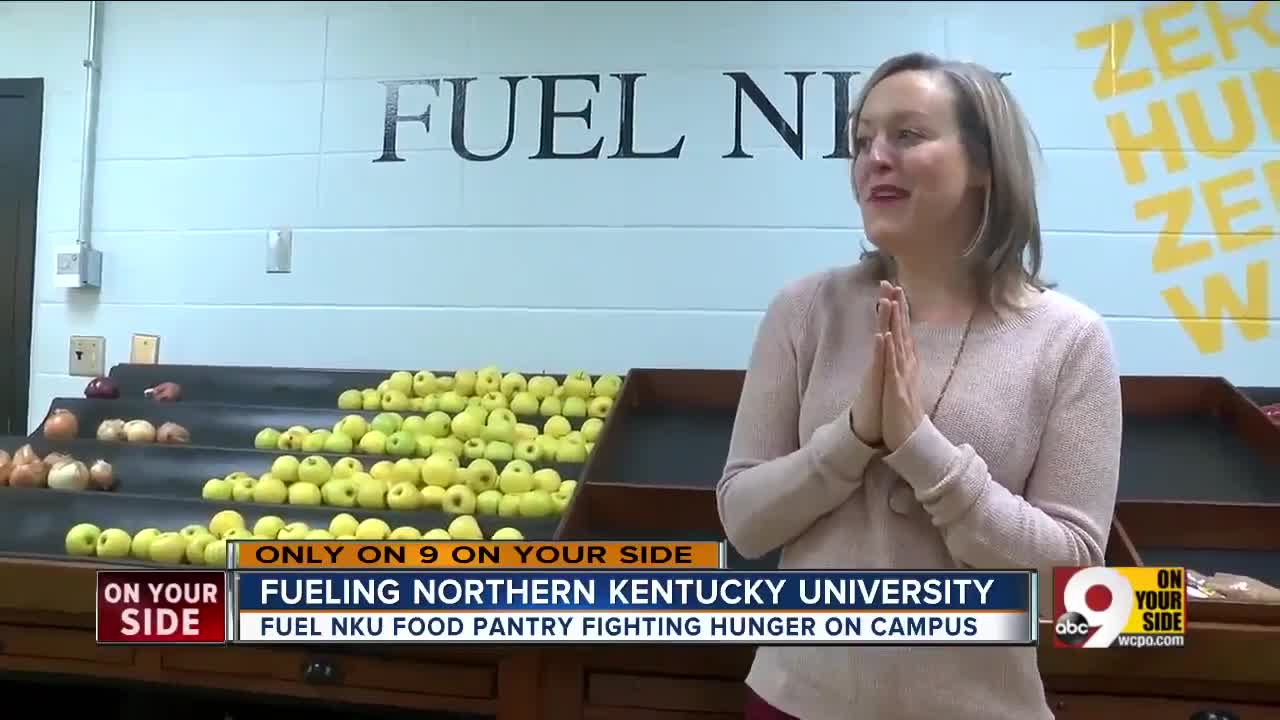 FUEL NKU’S mission is fighting hunger on campus and facilitating a dialogue regarding hunger at NKU. 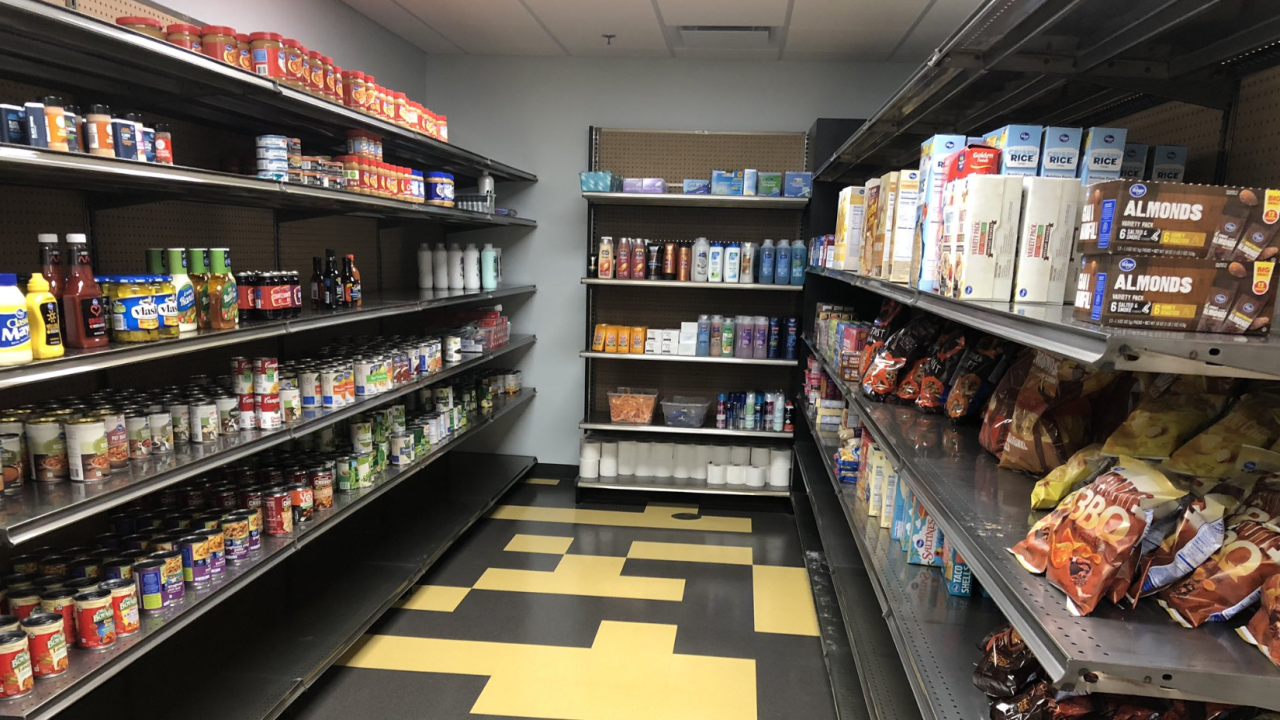 HIGHLAND HEIGHTS, Ky. — A food pantry on the campus of Northern Kentucky University completed its move from a small space inside a mail room, to a space more than seven times its size.

FUEL NKU, which stands for Feeding the University and Enriching Lives, moved from its location in the University Center to the Albright Health Center. The new space opened Monday and traffic has been “nonstop,” according to FUEL NKU director Jessica Averitt Taylor.

“When the students some in, their faces are incredible to see,” she said. “They just light up and we’re able to tell them, ‘Take as much as you need.’ And they do.”

Averitt Taylor said volunteers gave away 52 bags of food and nine bags of toiletries on Monday alone. At least 30 students dropped by to check out the new facility.

The @FuelNKU food pantry got an incredible facelift with help from @kroger . Its doors opened Monday and has already seen many @nkuedu students. What did it look like before & what new amenities does it have? I’ll tell you on @WCPO at 5:30 today! @KrogerNews pic.twitter.com/KAkuJ0i9LE

FUEL NKU’S mission is fighting hunger on campus and facilitating a dialogue regarding hunger at NKU. The move includes a new display for fresh produce, freezers, coolers, a coffee bar and work station with computers. It’s easy to forget, but not all students have access to their own laptops.

“We noticed that our students want to hang out and spend time with the practicum students placed here,” Averitt Taylor said. “We want to connect them to resources across campus and the community.”

A partnership between The Kroger Foundation and the food pantry helped pay for the move. The pantry works with Kroger in conjunction with the company’s Zero Hunger Zero Waste initiative.

“It’s our commitment to ending hunger in the communities we call home,” said Erin Rolfes, corporate affairs manager for Kroger. “We’re out there looking for opportunities like this one to get the opportunity folks need to thrive.”

FUEL NKU was created in 2013 by social work students as a way to address hunger. The pantry provides students like Jessica Bartholomew with free nonperishable food items, produce and toiletries. She said she’s been utilizing the pantry’s services for about two years.

“There is so much food insecurity,” Bartholomew said. “There are so many nights where I’ve gone to sleep instead of eating, or I went to work and I was hungry. This cuts all that out.”

Bartholomew said she saves between $30 and $50 per week thanks to FUEL NKU — money she and many others students need to pay rent, bills and tuition.

“FUEL NKU has been the model for several other universities in the development of their own campus pantries,” according to the pantry’s website.

An official ribbon cutting for the pantry is set for Tuesday, Feb. 12.

Averitt Taylor calls the pantry a “nudge of extra support” to set students up for success.

“It’s still unreal to me,” she said. “I can’t believe students have taken this from a tiny dream of, none of them should be hungry, to this huge concept of — everyone should have access to college and high education and support and opportunities.”

Click here for more information about how FUEL NKU serves the campus community. Its hours are 9 a.m. to 2 p.m. on Monday, Wednesday and Thursday.

We're moving into our new pantry space in the Albright Health Center this coming Monday, February 4th! Come visit us there! pic.twitter.com/Q11gTQ4pop