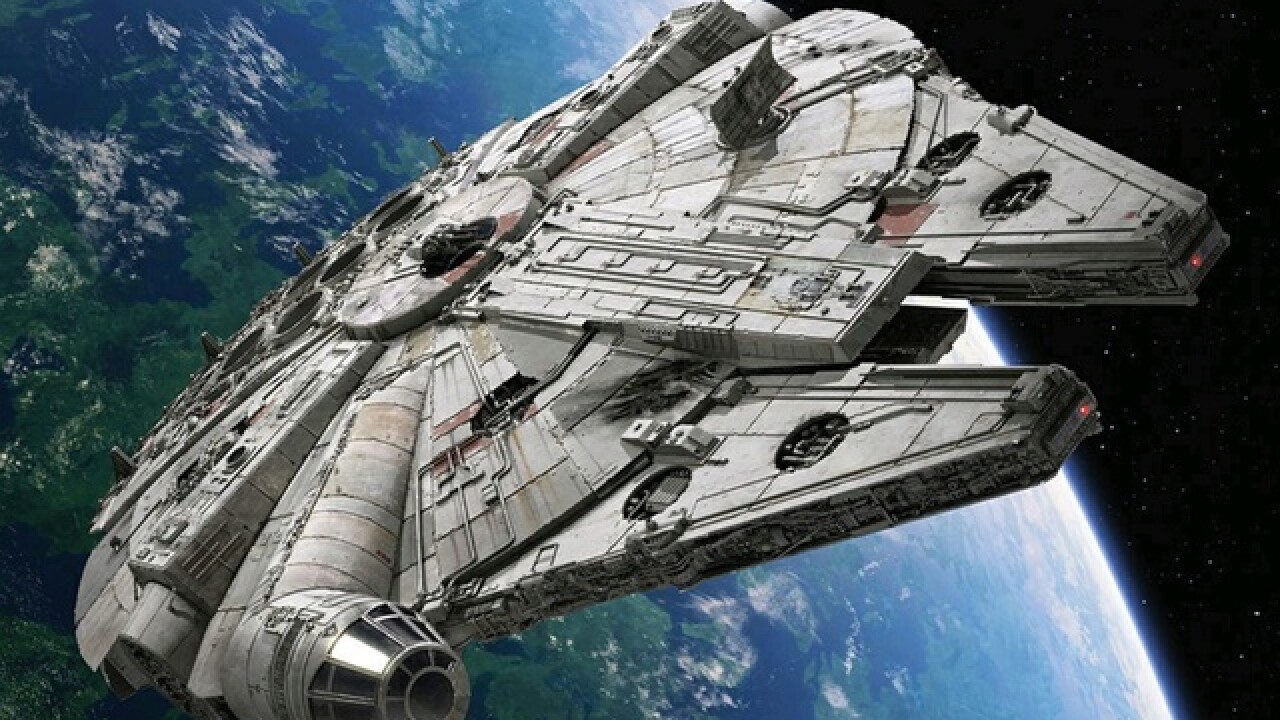 HIGHLAND HEIGHTS, Ky. -- Presumably fleeing jilted intergalactic crime lords once again, the Millennium Falcon is laying low in Northern Kentucky ahead of the release of “Solo: A Star Wars Story.”

According to a news release, "a replica of the interior of the iconic ship, as it appears in 'Solo: A Star Wars Story,' will be open to explore" in Northern Kentucky University’s BB&T Arena from April 27-28.

The 'as it appears in Solo' bit is important: This will be the gleaming, Apple Store-white interior you’ve glimpsed in previews for the new film, not the scuffed and blaster-scarred look the Falcon sported in the original trilogy. (Presumably, the new film will give audiences a little insight on just how quickly Han and Chewie gave up on getting their security deposit back.)

The replica can’t make the Kessel run in 12 parsecs, and we’re assuming its dejarik table is nonfunctional, but it’ll be good for the ‘gram. Anyone wishing to step aboard can do so for free between 11 a.m. - 7 p.m. Friday and 9 a.m. - 5 p.m. Saturday and Sunday.