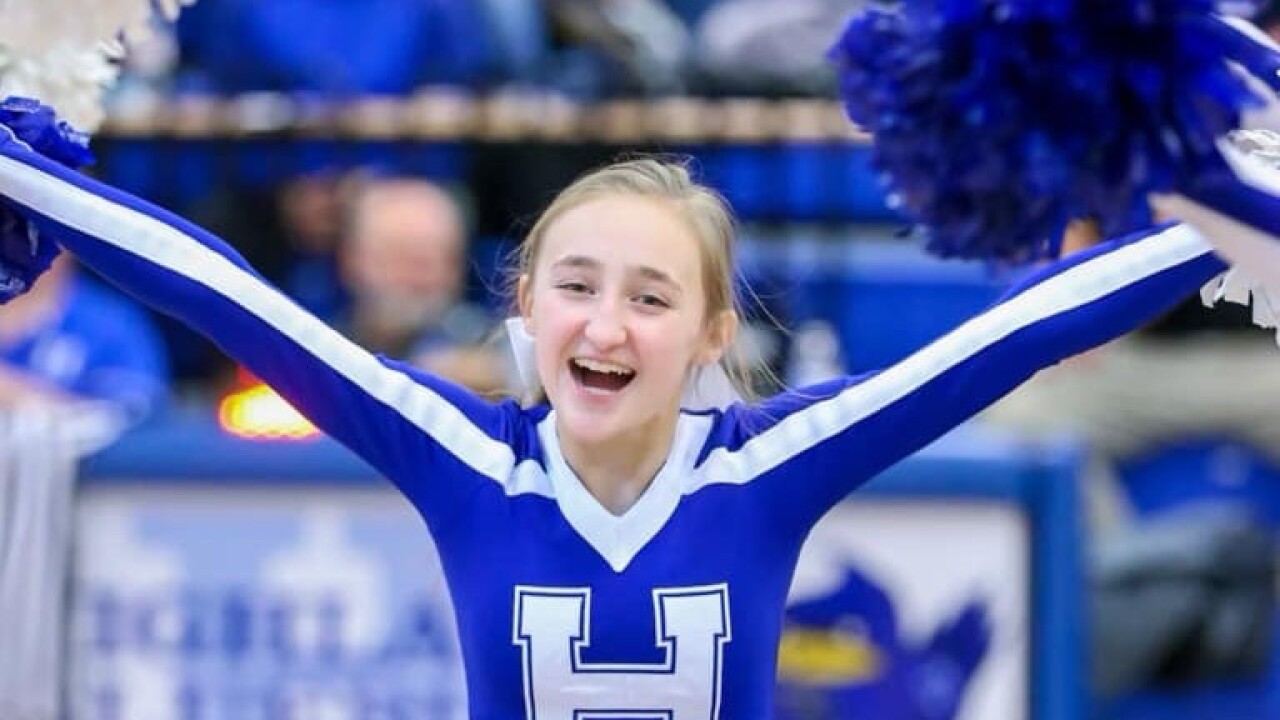 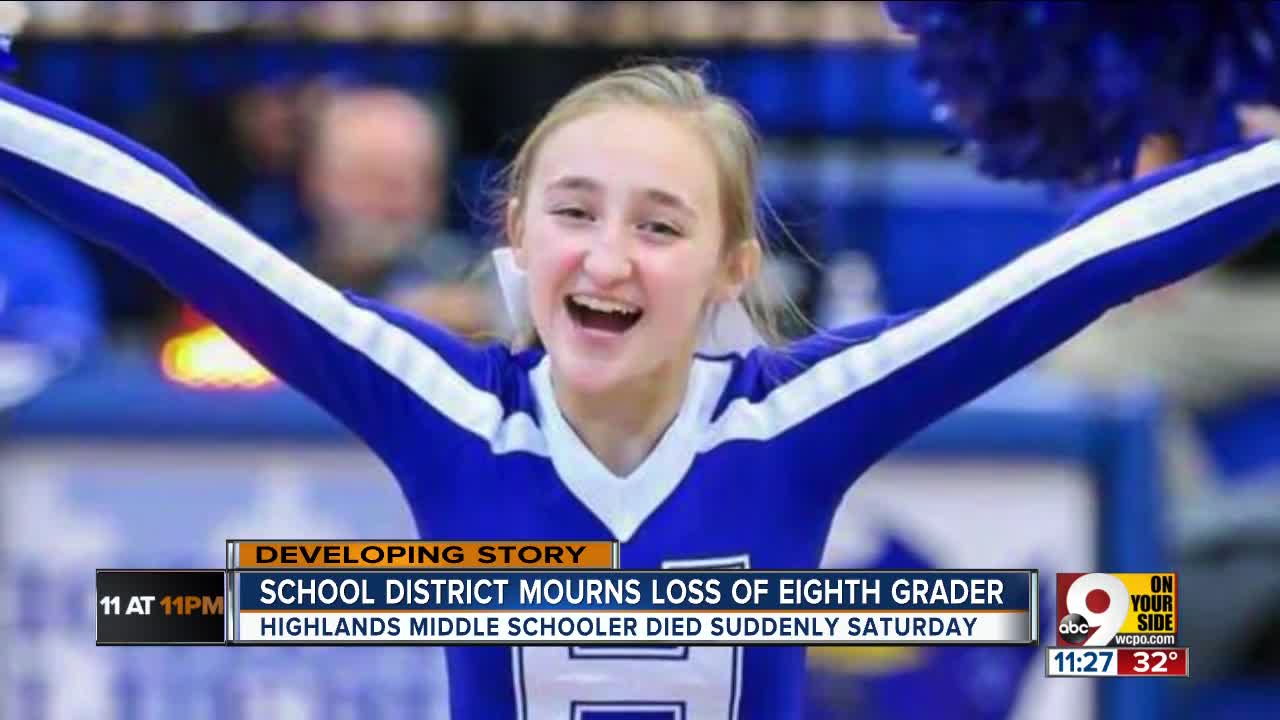 A sad day for our community. pic.twitter.com/h2Vw0X0gOU

"I think we're all processing it," said Micael Howton, principal of Highlands Middle School. "Even adults struggle with how to feel and how to react to it. So it's a one day at a time approach."

The school will have counselors available for students and staff this week, as they grieve the loss of a student Howton says was "a leader and a positive role model."

"it's alright to grieve," said Howton. "I think that's the message we want to send kids. It's alright to have that moment of sadness and recognize that you miss your friend, you miss this person that was in our halls every day."

Schalck was attending a cheerleading event in Columbus, Ohio, with her team, Premier Athletics, at the time of her death. Attendees gathered together for a moment of silence at the event, to honor the young cheerleader.

She participated in cheerleading through Premier Athletics, and through Highlands High School. Despite being a middle school student, Howton said Schalck was moved up to the high school team.

The cause of her sudden death has not yet been officially released.

WCPO will continue to update this story as information becomes available.