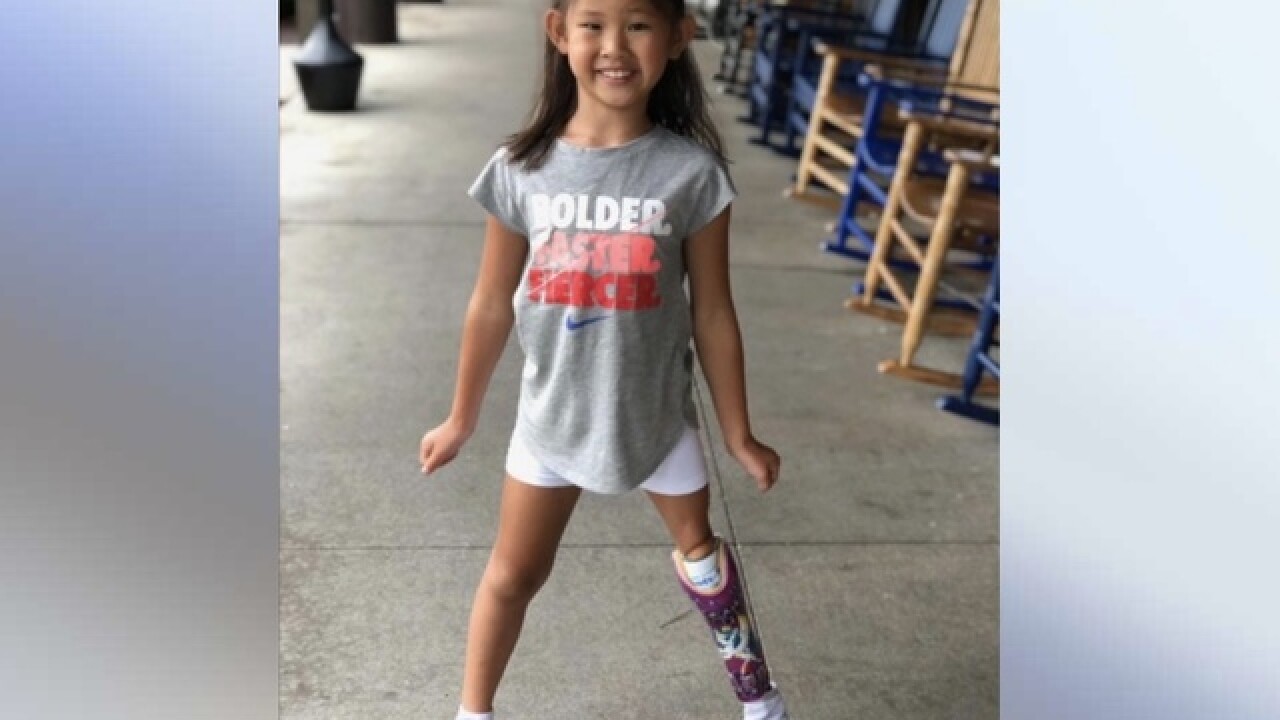 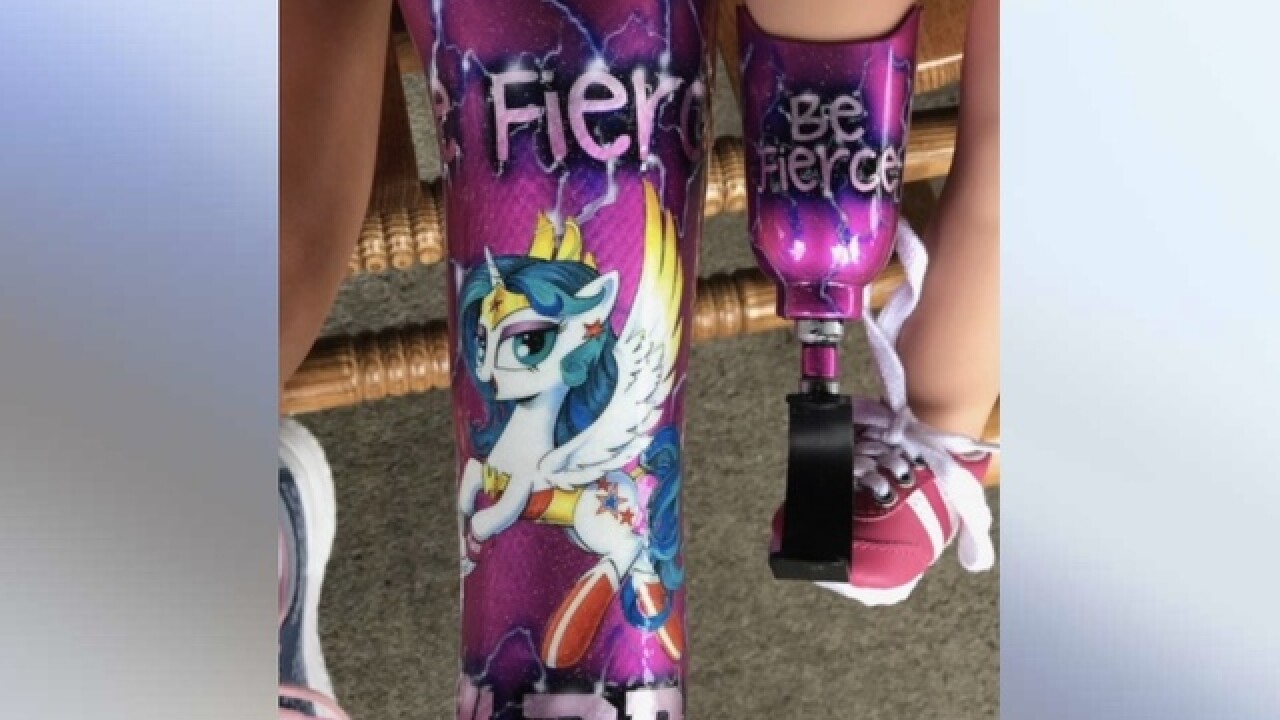 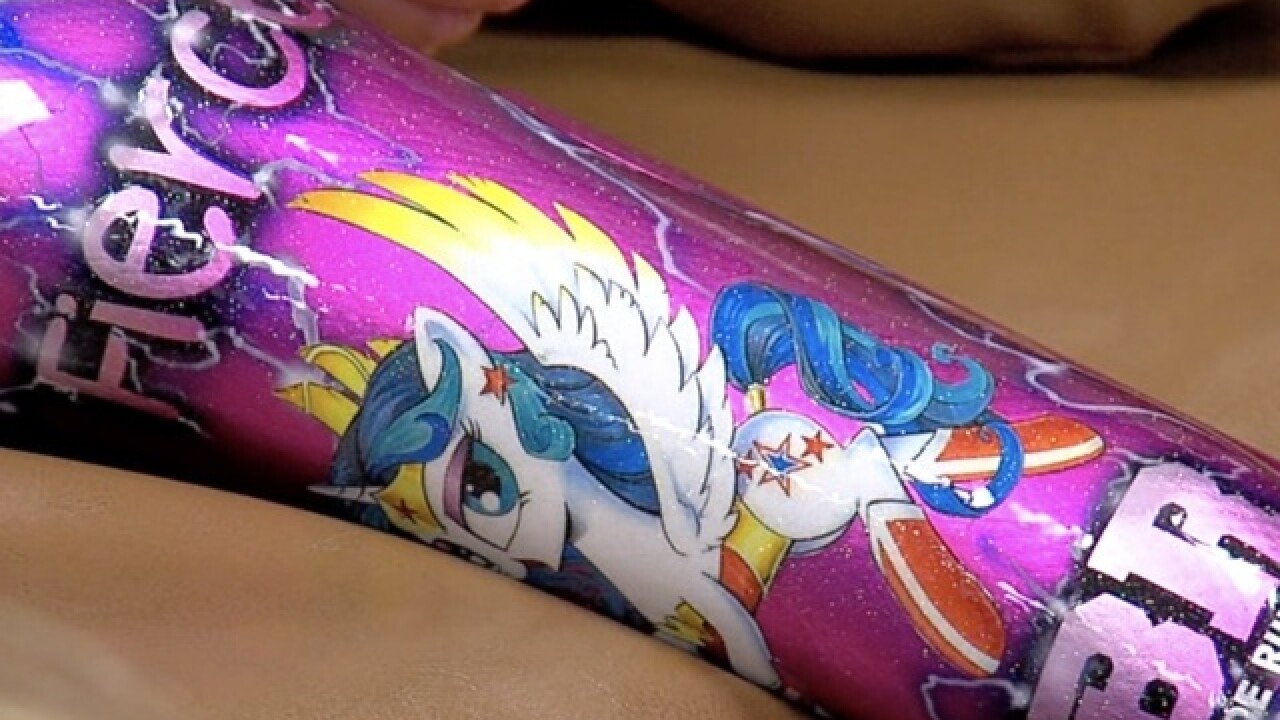 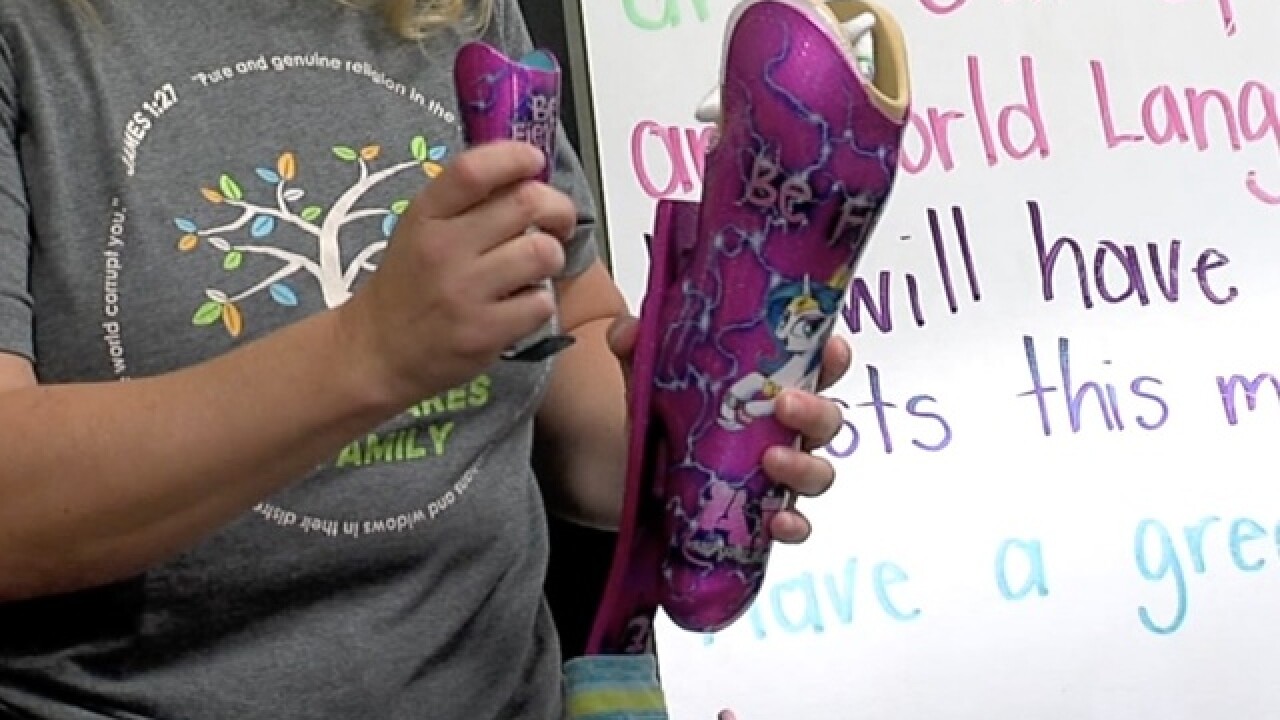 FORT THOMAS, Ky. -- For first-grader Anna Grace Philippe, returning to school this year is extra exciting. The 6-year-old, who was born with a left leg that ended above the knee, has been learning to run on her brand new prosthetic running leg.

"It was awesome." Anna Grace Philippe said from Nashville. "I got to make my leg, and my name is Anna Grace."

Nasvhille-based company  Amputee Blade Runner  made the leg free of charge. They do it to ensure children with limb differences and amputations can remain active.

Each prosthetic limb is custom made to the wearer's specifications, supporting both their physical needs and their sense of style. Anna Grace's order: "Fierce lightning bolts and a big, giant unicorn in front."

"She may not be a runner," Anna Grace's mom, Wynne Philippe, said. "She may not be an athlete, but I don't want her to ever not do something because she feels like she can't."

Phillipe also went to Johnson Elementary to answer questions that her daughter's classmates might have and explain that Anna Grace isn't different from children born with two complete legs.

"We were kind of hopeful that, by coming to talk to the other kids, that we could just kind of eliminate the mystery behind it," Philippe said. "I think they're just going to see her as Anna Grace, the crazy kid in my class, and not Anna Grace, the girl who's missing a leg."

She said it's important to teach kids early on to be accepting, and Anna Grace agrees.

"I don't like people asking about it," Anna Grace said. "Never call it a zombie leg. Don't call it a robot leg and be respectful."

Normally, a prosthetic running leg can cost anywhere between $10,000 and $20,000. Anna Grace still has a lot of growing to do, so she'll continue to receive updated legs until she turns 18.