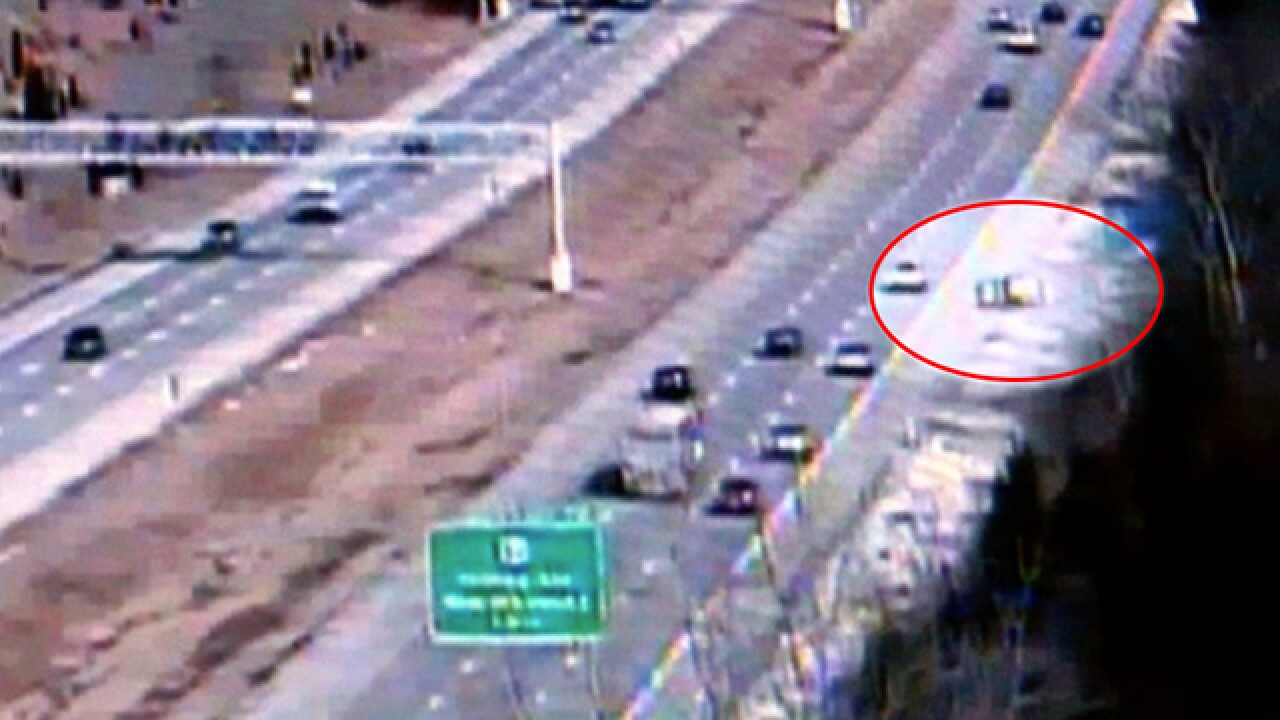 FORT THOMAS, Ky. -- Authorities released dramatic video Friday showing a 7-month-old being thrown from a vehicle in a February crash.

The baby boy was in extremely critical condition following the crash on I-275 in Fort Thomas but has since recovered. He was launched from his car seat when the vehicle rolled over.

His parents, Billy Jones and Amanda Thomas, were indicted Friday but have not yet been arrested, according to Fort Thomas Police Lt. Rich Whitford.

Michael Gilliam, 48, was also ejected from the vehicle and was killed in the crash.

Toxicology reports showed Thomas and Jones were under the influence of heroin at the time of the crash, Whitford said.

During the initial crash investigation, police believed drugs were involved. Several drug needles were found in the car, officers told WCPO, but it was initially unclear who the driver was.

On Friday, Whitford revealed that Gilliam was the driver of the vehicle and that all three adults were using heroin at the time of the crash.

Whitford said the two were charged with criminal abuse because "they put their child, under 12, at a serious physical risk (and) they allowed someone to operate a vehicle who was on heroin."

Police are on the lookout for Thomas and Jones; Whitford asked anyone with information on their wherabouts to call Fort Thomas police.