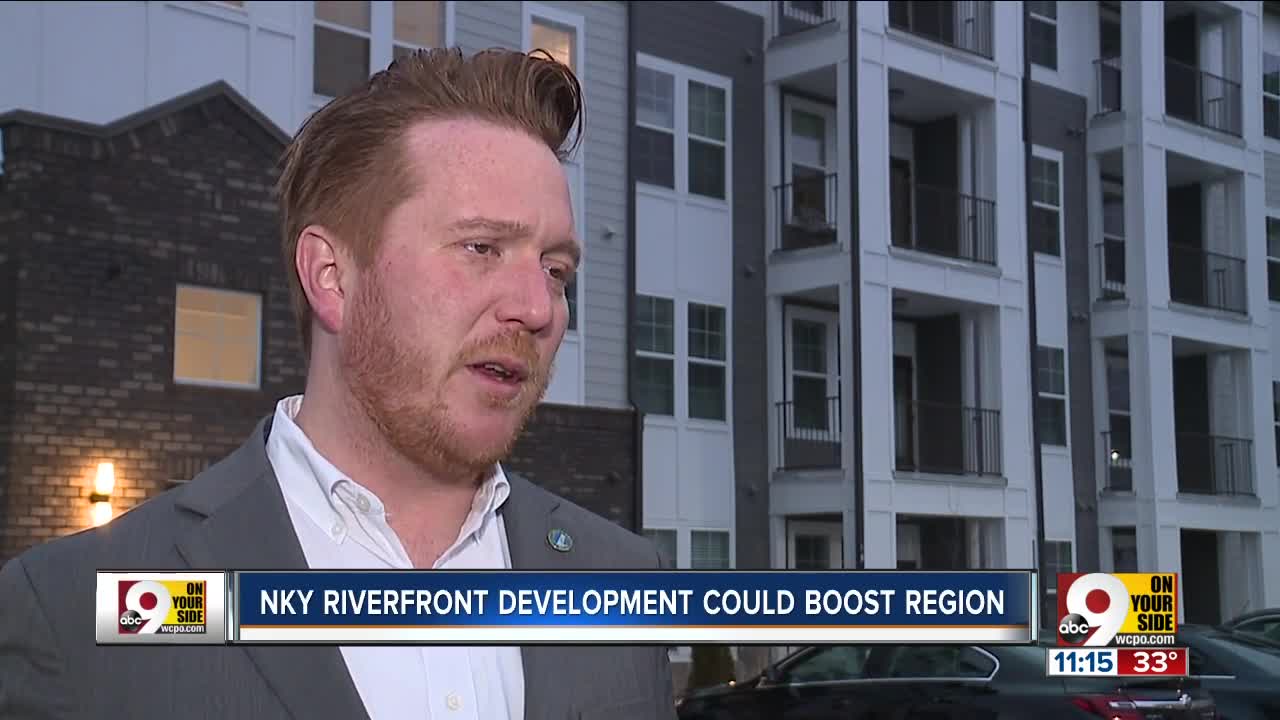 Mayor Ben Baker admitted Monday night it’s taken some time for his city to take its place alongside others thriving on the Kentucky riverfront. He’s confident, however, that Dayton’s moment is finally on its way.

DAYTON, Ky. — Mayor Ben Baker admitted Monday night it’s taken some time for his city to take its place alongside others thriving on the Kentucky riverfront. He’s confident, however, that Dayton’s moment is finally on its way.

“We never gave up our hope or focus,” he said. “Today we're reaping the rewards."

Those rewards took the form of the Manhattan Harbour neighborhood and its 270-unit Tapestry apartment complex, both over a decade in the making. He believes they’ll inject money, commerce and new residents enjoying both into his city.

"It'll be a lot of growth for our Main Street” when it’s finished, he said. “A lot more people wanting to eat our restaurants. Shop our shops. More kids in our schools."

Further down the river, Bellevue Mayor Charlie Cleves said his plans for Bellevue center on the newly opened entertainment district on Fairfield Avenue.

It opened just before Christmas and became a robust success, Cleves said. He wants complementary businesses to spring up around it — particularly businesses that would help invigorate Bellevue’s night life.

"We want to have more restaurants, higher-end restaurants, and businesses opened 6-9 p.m.,” he said. “We figure if we can get this livelier, by having this entertainment district, then we can capture these (new) people. If I won’t go to it, and think it’s a lot of fun, then they won’t go either.”

It’s a give-some-to-get-some strategy, he added. If a few businesses that check the boxes move in and become successful, more will follow. The added commerce and tax revenue will allow his administration to continue building the Bellevue of the future.

"That's what we're hoping for,” he said. “Once we get this economic development going, we'll have more money coming in so we can fix up the city even better."