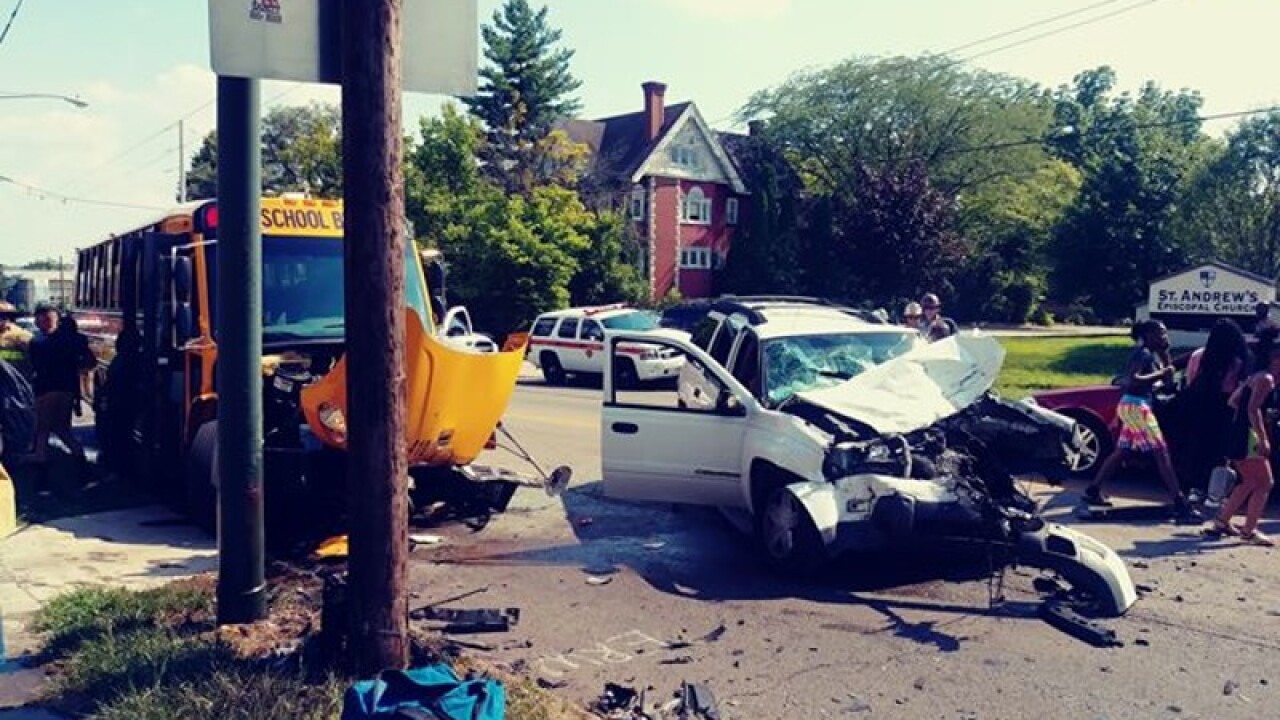 DAYTON, Ohio — Eight people, including five children, were injured in a Saturday afternoon collision between a Dayton Public Schools bus and SUV that resulted in heavy damage to both vehicles.

“I heard a crash, a loud boom,” said Thomas Woodall, who told News Center 7’s Monica Castro that he was one of the first people on scene of the crash Saturday afternoon involving a Dayton Public Schools bus with 20 students aboard on Salem Avenue near Dartmouth Drive in Dayton.

“I immediately ran to help the kids off the bus and help the other ones out of the van,” he said.

Dayton Fire Capt. Aaron Chaney said about 20 students were aboard the bus at the time of the crash.

“Most of them were looking very shooken up, very disoriented. You could tell some were hurt and didn’t know what to do. Just coming to. A lot of them in shock,” Woodall said.

It was not clear whether any of those children were among the eight crash victims taken to local hospitals. The severity of the injuries and the names and ages of the crash victims was not yet available.

News Center 7 contacted Dayton Public Schools to find where the bus was coming from and whether any students aboard were hurt but has not heard back.

Several witnesses said another car on the road may be to blame for the crash, possibly leading the SUV driver to swerve into the bus.

Five children and three adults were injured during the crash.

Woodall said he’s glad he was able to help get the kids to safety.

“I’m a father so being a parent you want to make sure everyone is OK,” he said.

During the crash, an RTA pole also was damaged. The road was closed for a few hours so that RTA officials could repair it.