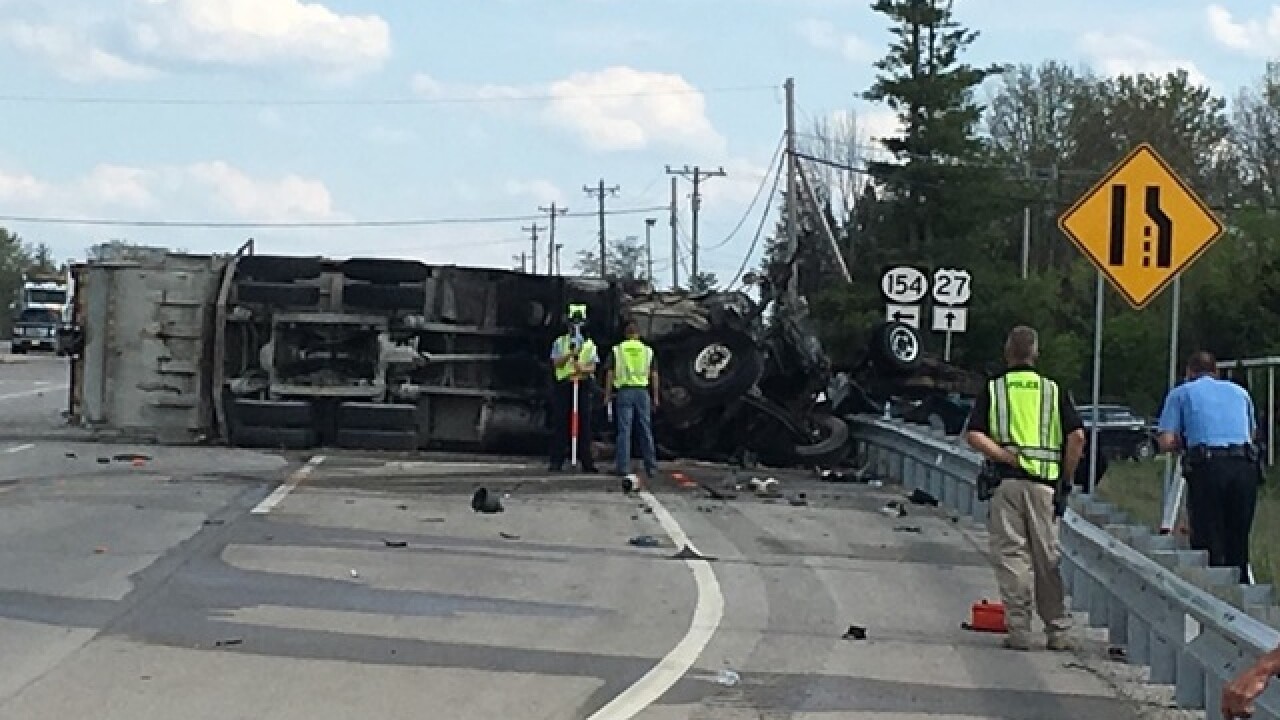 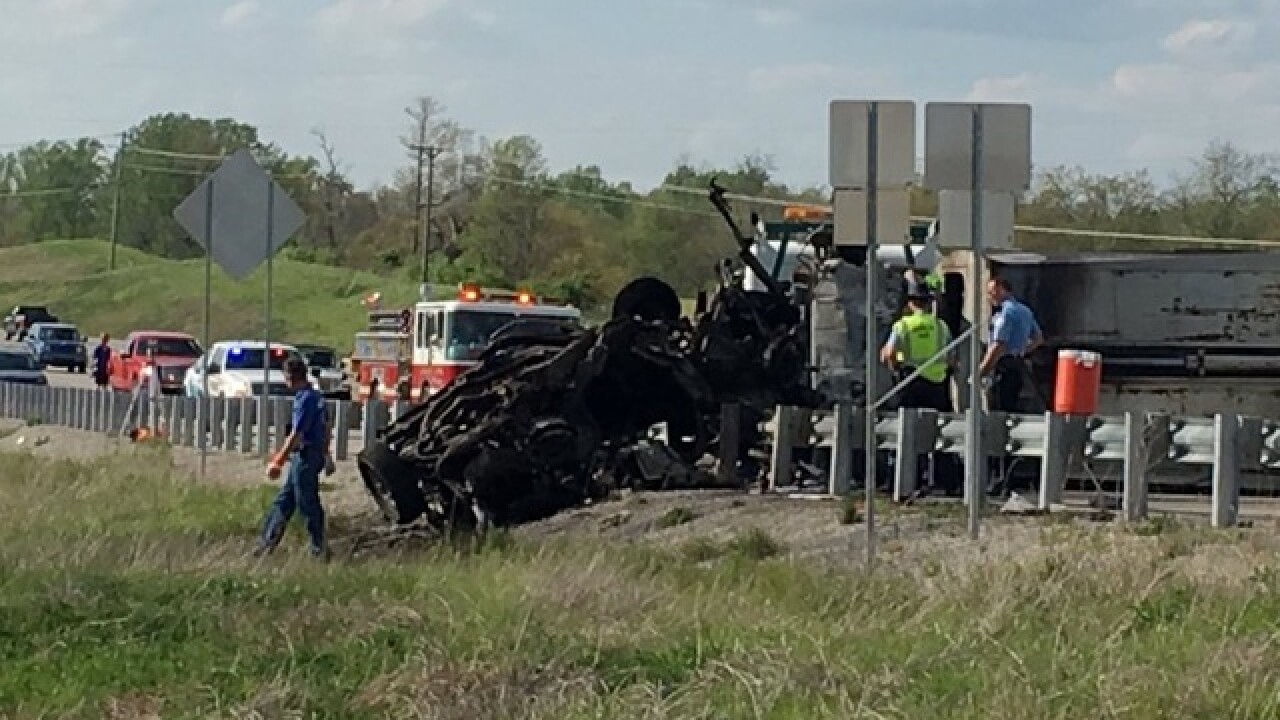 Investigators said the driver of a pickup truck was traveling north in the southbound lane of U.S.27. The pickup collided with a Rumpke sanitation truck that was traveling south in the same lane at around 3 p.m. Monday.

The pickup truck's driver was killed at the scene, police said.

"There was no time," neighbor Bonnie Hurst said. "I ran back into the house and called 911, but it was all over with. It was sad."

Hurst said she could hear metal hitting concrete while she was inside her kitchen. When she came outside, she said, the wreckage quickly burst into flames.

A Rumpke representative at the scene of the crash said their driver involved in the crash is experienced and has worked for the company for more than 20 years.

“This is a tragic accident,” said Mike Puckett, Director of Safety for Rumpke. “First and foremost, our thoughts and prayers are with the family and friends of those involved in today’s incident.”