What should Bellevue do with the empty Marianne Theater, its historic $1.2 million hot potato? 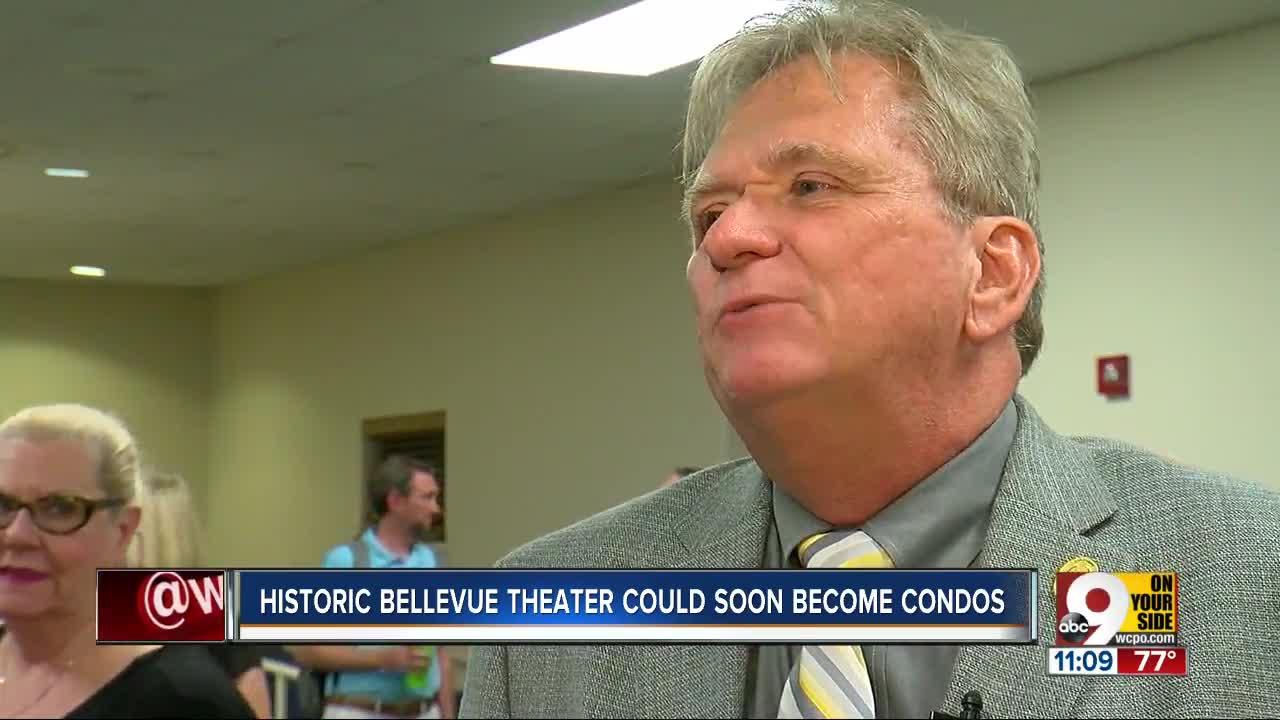 When City Council asked for proposals to transform the historic moneypit of the Marianne Theater, they received only one: Allow Brandicorp to turn it into luxury condos.

BELLEVUE, Ky. — When City Council asked for proposals to transform the historic moneypit of the Marianne Theater, they received only one: Allow Brandicorp to turn it into luxury condos.

It would be practical, Mayor Charles Cleves said Wednesday night. It would help them recoup the $138,000 the city spent to purchase it in 2014 and the $160,000 it’s sunk into upkeep since. It would only require about 16 new parking spots compared to the 50-75 a different development, such as a concert hall or bar, might demand.

But the original purpose of the purchase was to preserve the city’s history, he said. If there’s a viable way to leave more of the original Marianne intact, he wants to explore it.

“The reason the city council bought the Marianne in 2014, they wanted to make sure it stayed around,” he said. “They were afraid that if somebody else bought it they’d do something objectionable with it — they’d take down half the building. They thought they could flip it over to someone and get it to the hands of someone who could do it.”

They couldn’t. One would-be owner walked away, calling the project too expensive. Another wanted to convert it into a multi-use building. Crowdfunding efforts to rehabilitate it failed. Cleves estimated cost of a complete renovation, not just the maintenance for which the city had already paid by Wednesday, at around $1.2 million.

Residents who spoke to WCPO Wednesday night said they liked the theater and its classic facade. Nathan McKay, who lives nearby and passes it often, suggested it be resurrected as a “nice, old-style theater.”

Eric Bosler, head brewer at Darkness Brewing, said he would like to see the unique space turned into something that could benefit the whole city. Still, as part of Bellevue’s business community, he said he understood how difficult it can be to keep the lights on inside a building as large and dated as the Marianne.

“It all boils down to money,” he said. “Most things in life do.”

“I ran for mayor because there’s so many problems in this city,” he said. “All these problems require money. We have a budget of $5 million. We have $12 million in problems. You can’t keep bleeding on everything because you want to save the Marianne.”

He added he understands residents’ concerns about losing a landmark. Whatever decision City Council eventually makes, he said it will work to keep at least the outer marquee and facade.

In the meantime, he’ll meet with Brandicorp and see their proposal for a condo development.

“We’ll tell them what’s important to us,” he said.