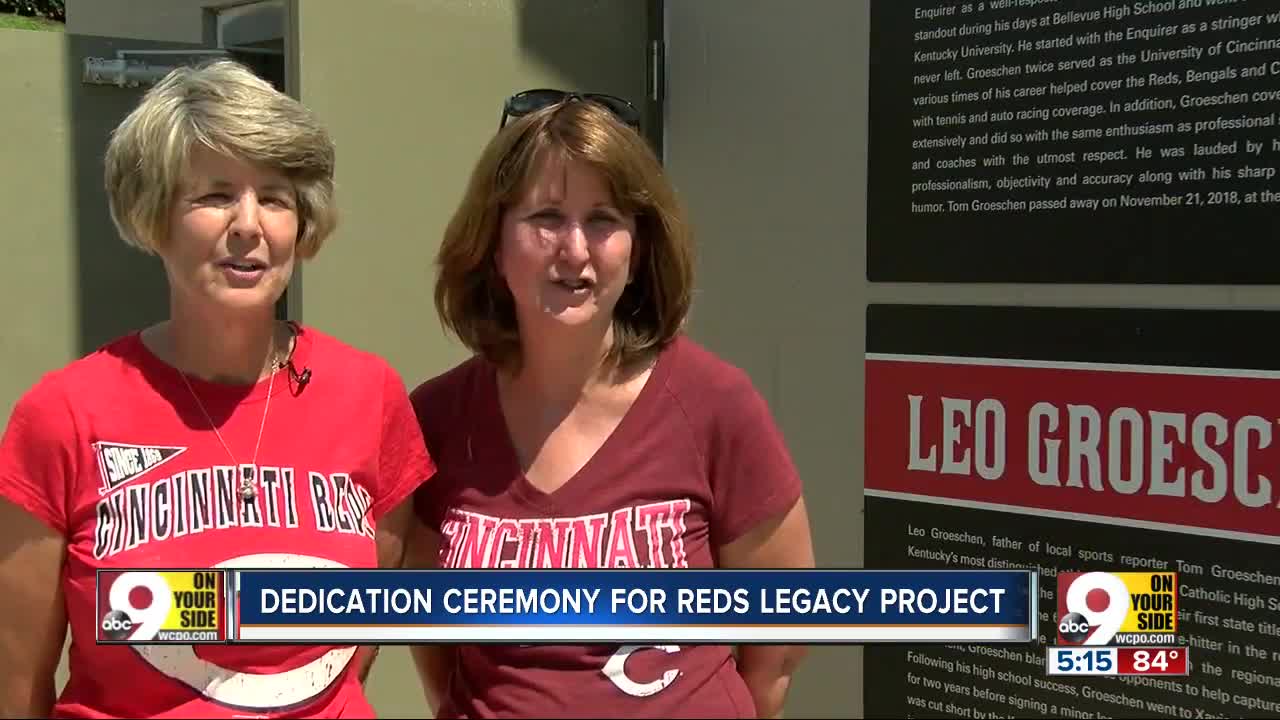 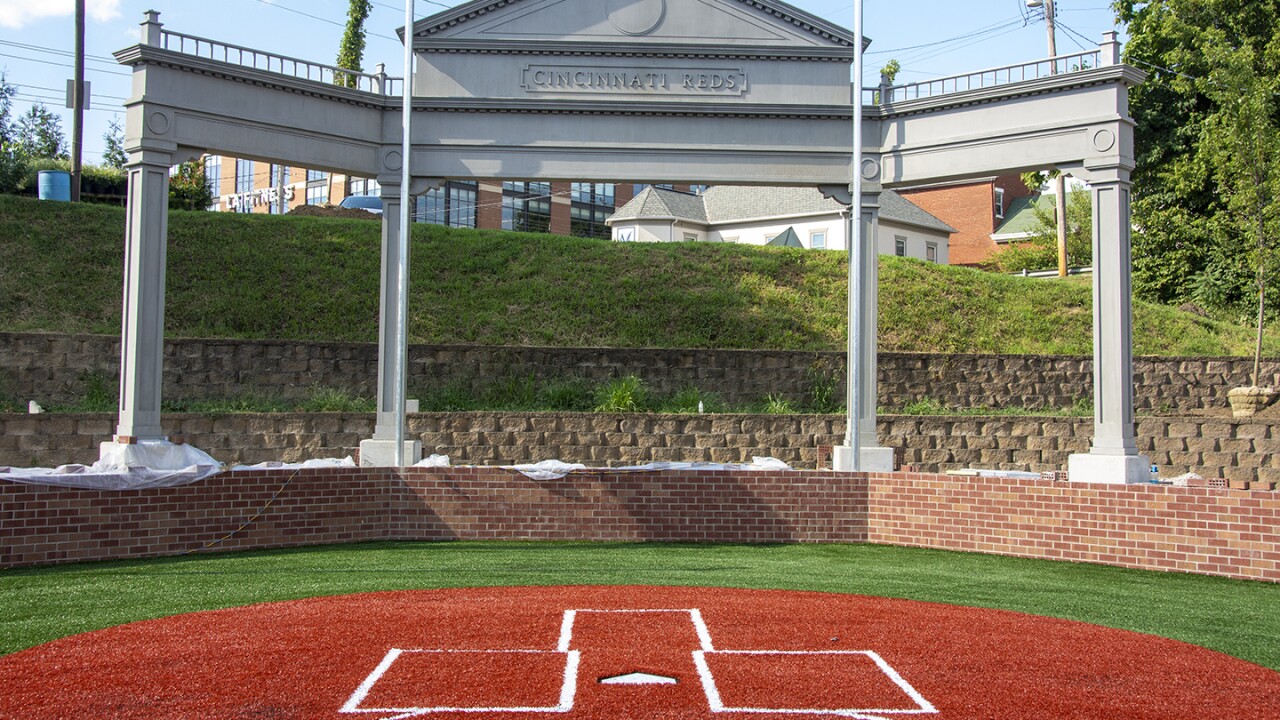 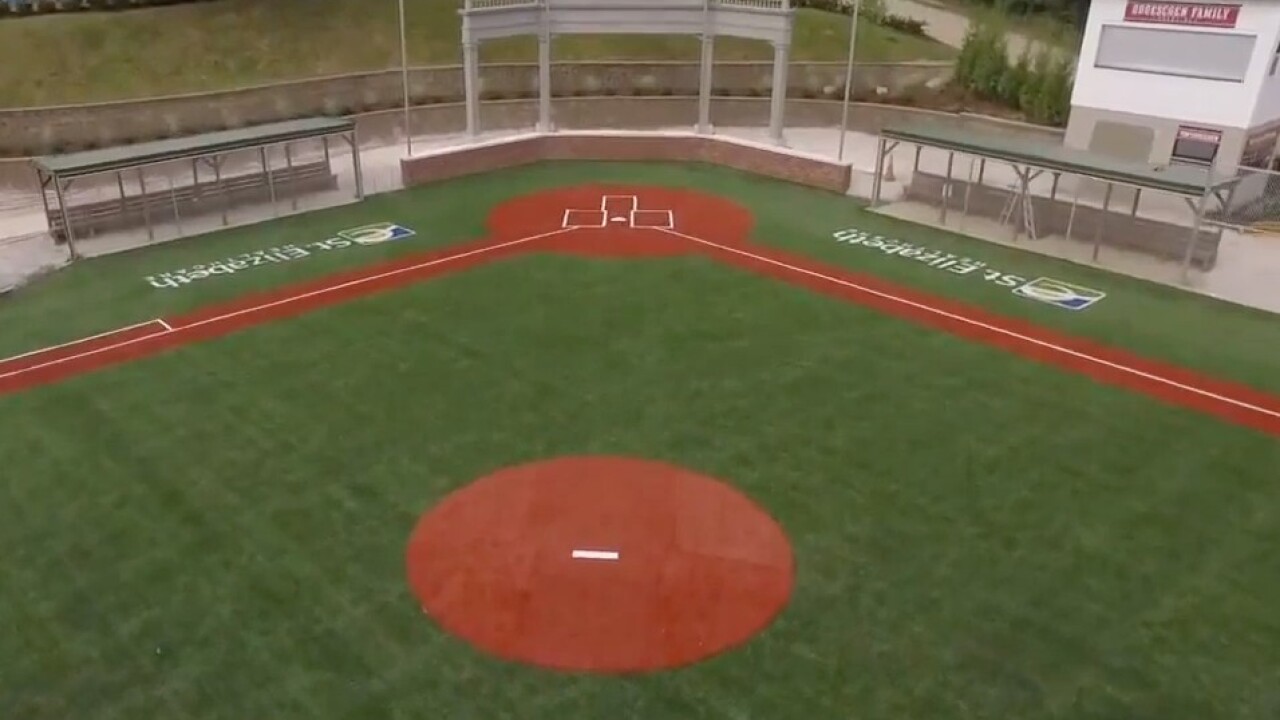 BELLEVUE, Ky. -- Several generations of Northern Kentucky kids have grown up playing baseball at Bellevue Vets fields. Thanks to the Cincinnati Reds, new generations will have two beautiful, long-lasting ballfields to inspire their dreams.

“One of the challenges that baseball has these days is getting kids onto the field. They need to be inspired to get on it,” said Charley Frank, executive director of the Reds Community Fund.

“We want any age group to feel like they’re stepping on a big-league field. Because if kids are inspired by this field, inspired to the game, they’re going to want to keep playing.”

The Reds Community Fund completed a $1 million project and dedicated two new ballfields in honor of Bellevue natives on Thursday.

In addition, the Groeschen Family Press Box is named in honor of Tom and Leo Groeschen. Leo was a legendary pitcher and coach in Bellevue and a Red Sox draft pick before he served in the Korean War. His son, Tom, was a longtime Enquirer sports writer.

A smaller field, designed for T-ball, coach’s pitch and children with disabilities, is named after Army Spc. Russell Madden, who was killed while serving in Afghanistan in 2010. Both Madden and Tom Groeschen played baseball at the Bellevue Vets when they were kids.

About 270 volunteers helped put the finishing touches on the fields Thursday morning and stayed for the 12:30 p.m. dedication. They included employees from St. Elizabeth Healthcare, Duke Energy and the Cincinnati Zoo, as well as the Vets.

Reds CEO Bob Castellini and Zoo Director Thane Maynard were among the speakers.

The Reds Community Fund said it picked Bellevue Vets as one of its Reds’ 150th Anniversary Legacy Projects because it is a community hub for the city and much of Northern Kentucky.

Linda Jager and Susan Brandon grew up on these fields with their brother, Tom Groeschen.

“Unbelievable,” Brandon said, gazing at the field. “I would have never dreamed when they approached us about this in January that it would be this amazing. It’s overwhelming.”

The large field is designed to allow for baseball and softball with a removable mound. The bases can also be moved in closer to let younger kids play.

Joe Zerhusen, the Reds PA announcer who emceed the program, also grew up on the Vets fields with the Groeschens.

“Tom, my cousin, was a long-time Greater Cincinnati sports writer who passed away in November. His father, my Uncle Leo, was a Red Sox draft pick and a prospect, and he never let the family forget about it,” Zerhusen said.

The sisters say their brother and dad would never have dreamed of something like this.

Madden grew up on those fields, too, said his father, Marty Madden.

“He played peewee football down here, baseball down here. And certainly, he was a Bellevue kid," Madden said.

“This is where Russell learned to be part of a team, part of something bigger than himself.”

A monument to Madden stands beside the diamond and also lists the names of other Northern Kentucky men who died fighting the war on terror.

Madden’s father said his son would be proud to leave that legacy for future of generations of Bellevue ballplayers. There's no telling how many thousands of kids will use the new fields.

“This project in its own will allow us to reset the clock and move forward," Hatton said. "Probably get another 50-plus years out of it.”