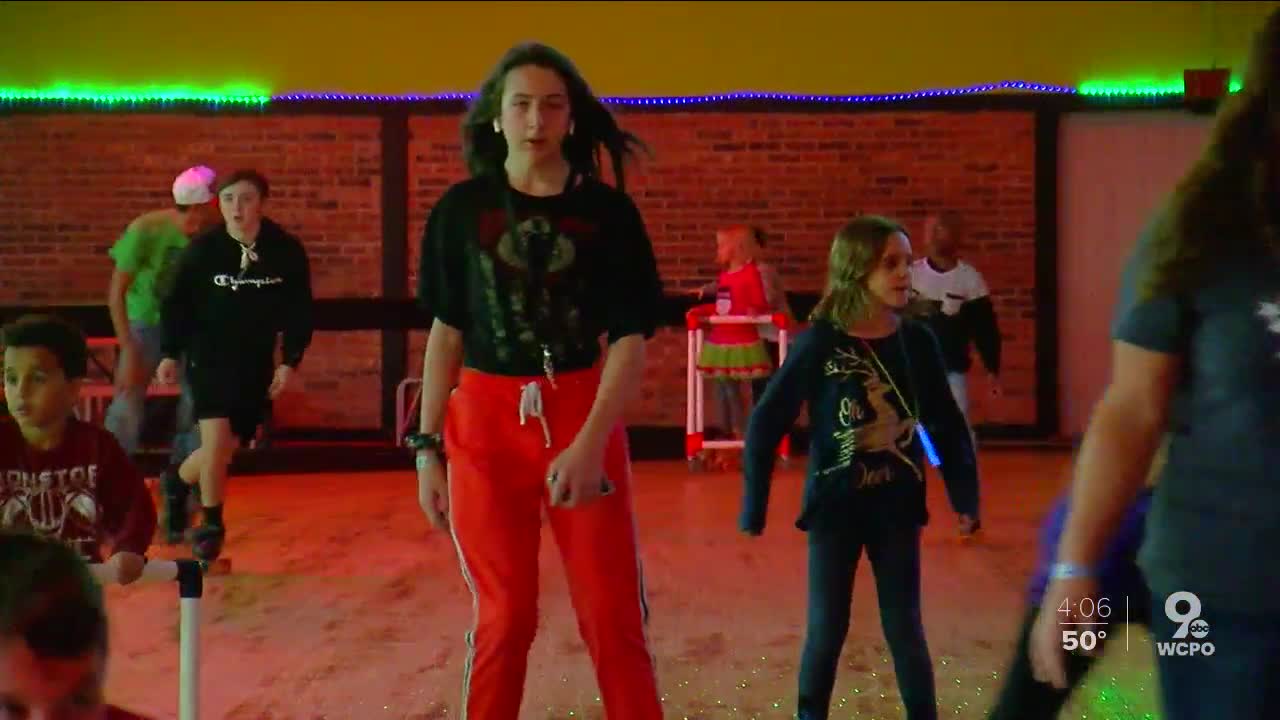 An NKY hub for birthday parties, after school thrills and teenage romance is closing its doors forever. 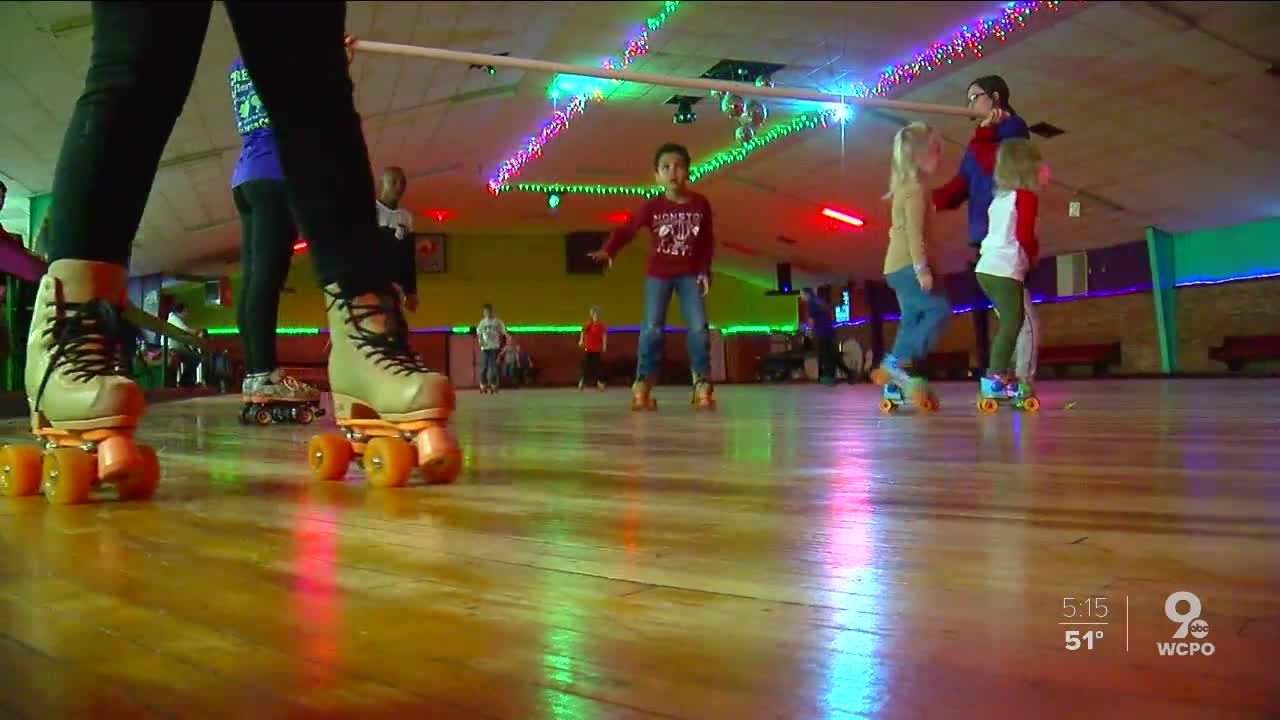 ALEXANDRIA, Ky. — Eight-year-old Quincey Schroeder roller skates at RECA so much that she has her own routine.

Her skates flash red, green and blue as she glides across the wooden floor. “Macarena” blares over the speakers. She wears large butterfly wings that attach to her wrists so she looks like she’s flying.

Evelyn Robbins gets it. RECA is her home rink; she’s been skating there since she was 4 years old, and now she brings her son to skate.

Her favorite thing is “dance-skating” — jamming out to music and doing tricks on the floor. She loves RECA and the sense of community she’s built with the regulars.

But soon, these skaters will have to find a new place to roll.

After 61 years of business, Campbell County’s last roller rink will close on March 1.

“I’m going to be sad. I have to go somewhere else, and I have to find a place to skate that’s not here,” Robbins said. “It’s just not going to be the same because this is like home.”

A lot of the kids in the area grew up without cell phones and needed a way to talk to their friends, Danner said. For the longest time, RECA was that place.

“You could have the freedom to talk to your friends and be a kid and go through those small rites of passage: your first kiss, your first crush, maybe your first cuss words or two, and kind of feel those out and get to find yourself,” Danner said.

The rink’s closure is especially hard for Danner. RECA has been in her family for 36 years; her mother and father bought the rink when she was 10 years old, and she has worked there in some capacity since.

Danner said the hardest part of RECA closing will be missing all the kids and “rink rats” who come in.

“I feel like, ‘Wow, if we weren’t here, where would these kids go?’ And that’s the hardest part to me,” Danner said.

But Danner’s love for the rink can’t save it.

RECA had a rough skating season when the pipes burst in January 2018. The water damaged the office space and caused the skating floor to ripple. Repairs, high electric bills and lack of business made for a devastating winter, Danner said.

Danner said the soon-to-be owner, Chuck Pfaehler, requested a change in zoning. The building will be converted into RECA Business Center.

‘You can’t imagine the crowds’

RECA has seen so many birthday parties, skinned knees and first kisses, it’s hard to believe it was never supposed to be a roller rink.

Named after the original owners — Roy, Ed, Charlie and Al — the facility was initially used for storage. The owners had planned to knock the building down and parcel off the land.

But that changed when Roy White, Ed White, Charlie Frenzel and Al Feldman decided to open RECA Roller Rink in 1958.

Rusty White, 82, remembers when her husband, Ed White, and the other owners bought a school bus to bring kids to RECA. They’d drive all the way down Route 8 in Silver Grove and back to Alexandria.

White said so many people would stand outside and wait for the rink to open that the line would run all the way down the hill to the highway.

“When I think of the crowds we had, oh my god. The parties — Halloween, Christmas and New Year’s Eve — oh my gosh. It was amazing,” she said.

In 1971, Jack Wessling bought the rink from the original owners. Wessling, now 88, owned RECA for 13 years before Danner’s family took over.

Wessling admitted he didn’t know anything about owning a roller rink; he didn’t even know how to skate when he bought RECA. But it didn’t matter. The skaters kept coming.

“I had somebody from a radio station who called me up … he said, ‘We can increase your business.’ And I said, ‘I don’t want my business increased. I have too much already.’”

Watch an interview with White and Wessling in the player below:

White said it’ll be hard to see the rink close, but she knows the demand isn’t there anymore.

“There’s so many other things out there for kids that we didn’t have,” White said. “This was it for a long time. Boy, if you didn’t hang out at the rink, there was something wrong with ya.”

Danner said she believes roller rinks are closing now because kids have so many obligations outside of school.

“I think that now kids have so much intramural stuff after school going on that they don’t have time to be kids … somewhere along the way, it’s gotten lost, and kids don’t have a childhood like they used to,” Danner said.

Roller rinks closing has been a recent trend across the country. Orbit Skate Center, the largest roller rink in the Midwest, closed in 2018. West Siders were devastated when Western Rollerama closed last year. The community staple had been in business for four decades.

Danner said she hopes people keep roller skating, and she hopes the lessons stick for the countless people who have skated at RECA.

Schroeder knows a thing or two about that.

“Even though I’ve fallen a lot here, I still get back up and keep on skating,” she said. “This place is amazing."