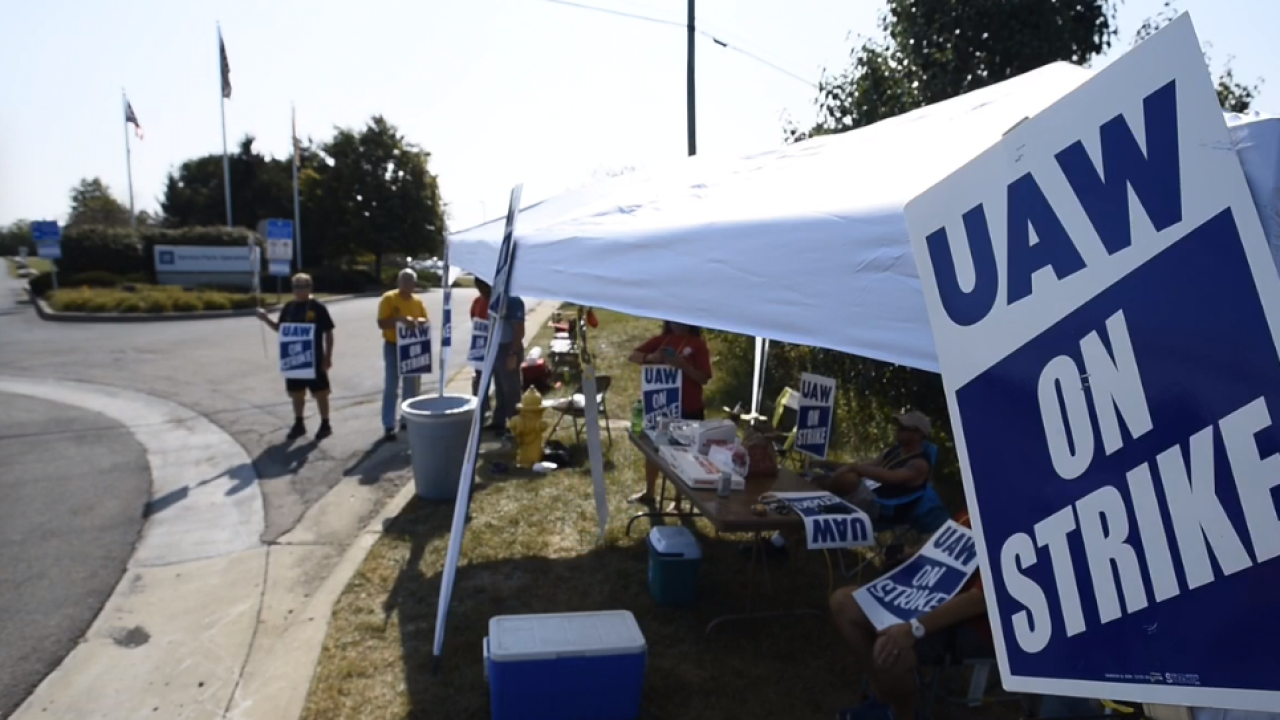 Nearly a dozen employees stood near and under a tent erected just off the roadway, some holding “UAW On Strike” signs and others wearing those signs around their necks.

They are among 49,200 UAW members who went on strike from GM facilities after the company and union failed to reach an agreement on a new four-year contract.

The employees declined to provide comment on the strike. One worker estimated there are approximately 97 UAW employees at the site.

Talks between the union and GM broke off Sunday but resumed at 10 a.m. today. GM says it has made substantial offers, but union officials say they’re far apart on wages, health care, use of temporary workers and other major items.

GM first invested in West Chester in 2000 when the company constructed the 384,000-square-foot building on Jacquemin Drive. For this investment, General Motors received an enterprise zone agreement, which has since expired, according to township officials.

In 2008, General Motors leased space at 9287 Meridian Way in West Chester to conduct a different aspect of their operations. Employees of that location learned last fall that the location would shut down in September 2019, then in March were told it would close May 31.

That closure was not caused by the planned closure of the company’s Lordstown facility, but both are part of a company-wide downsizing announced by the company.

More than 130 West Chester GM workers elected to take GM jobs in Flint, Mich., while another 100-plus opted to move on in their careers, a company official told this news outlet at the time.

The Associated Press contributed to this report. The Journal-News is a media partner of WCPO 9 On Your Side.