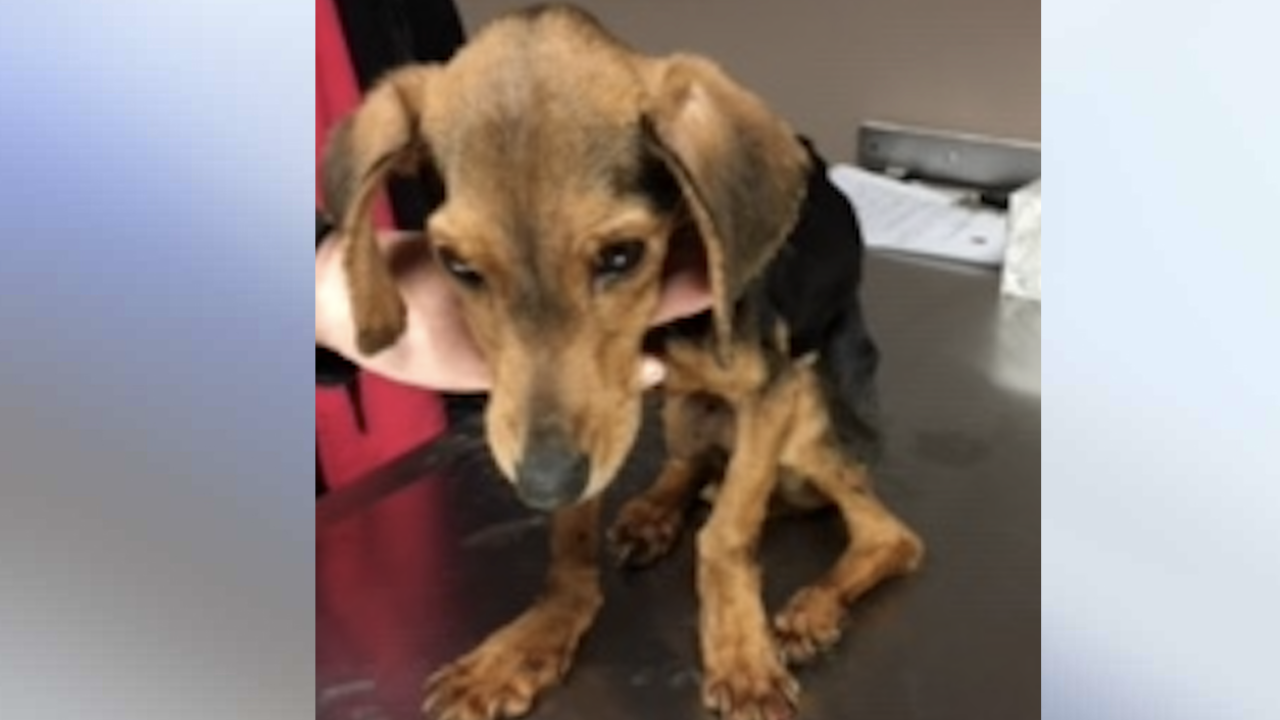 HAMILTON, Ohio — A West Chester woman is charged with animal cruelty accused of starving a dog and leaving it in “horrible condition” outside a shelter, according to a news release from the Butler County Sheriff’s Office.

It’s unclear if the dog will survive.

The Hamilton County dog warden contacted the dog warden of Butler County regarding a dog abandoned at the Sharonville location of the Society for the Prevention of Cruelty for Animals.

According to the sheriff’s office, witnesses saw the dog dumped in a cage outside the SPCA. The dog was filthy and covered in sores.

The Butler County dog warden said the owner is Arlene Dynell McKinnon, 39, of West Chester. She told investigators that she owned the dog for several months and kept the dog in a cage due to her busy schedule.

“This is happening way too often in our county where people think starving a dog is better than reaching out for help,” he said in a written statement. “I will continue to hold people accountable for these disgusting actions against defenseless animals.”

McKinnon is charged with cruelty to a companion animal, a first-degree misdemeanor.