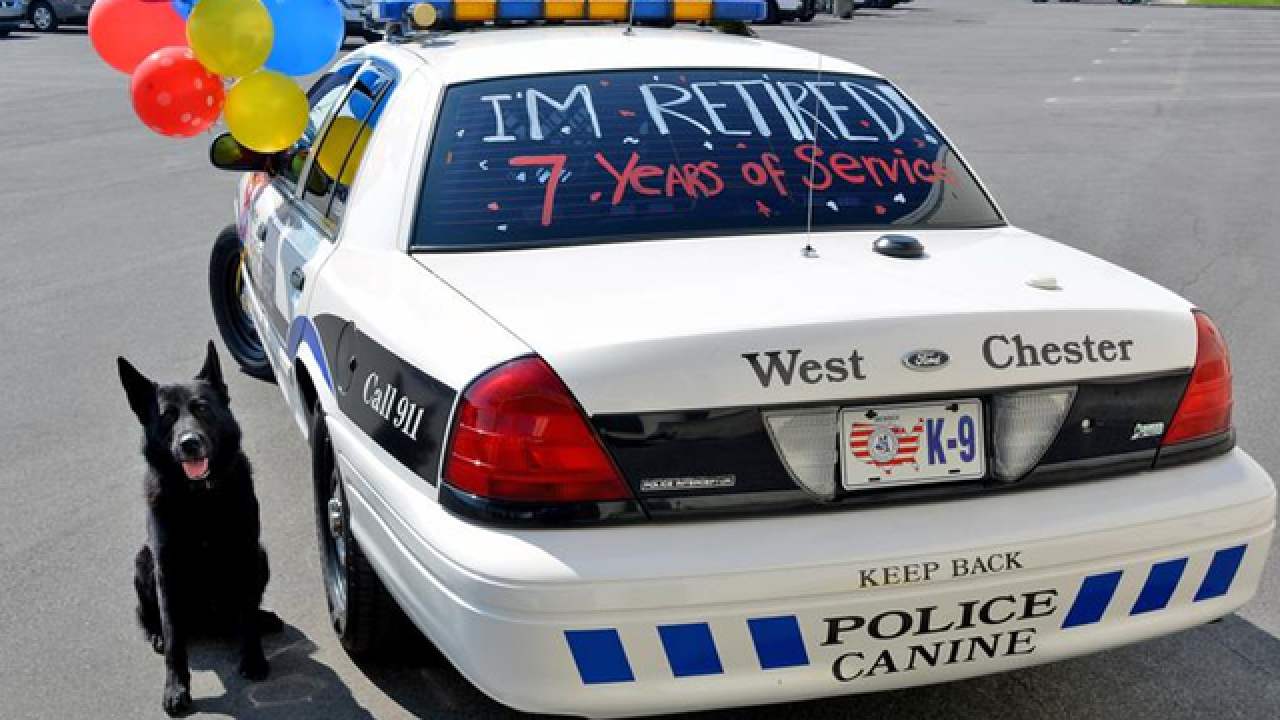 WEST CHESTER TOWNSHIP, Ohio -- After seven years on the force -- or about 50 in dog years -- West Chester Police Department canine officer Blek is calling it a career, the Journal-News reported Friday.

Canine Blek spent one of his last days on the beat with handler Officer Rob Obermeyer at a community outreach event for students and staff at Butler Tech. On Sept. 11, the West Chester Board of Trustees made Blek's retirement official by transferring ownership to Obermeyer.

"During canine Blek's time protecting West Chester Twp. from 2011 to 2018, he was deployed over 463 times and logged more than 1,710 training hours," said West Chester Police Chief Joel Herzog, a former canine handler for the department, in a statement.

On Sept. 11, the West Chester Board of Trustees made Blek's retirement official by transferring ownership to handler Officer Rob Obermeyer.

Blek was dually certified for patrol work and drug detection duties, putting his training and tracking skills to good use with Obermeyer on more than 5,500 calls for service, according to the township.

Among notable accomplishments, Blek assisted in the 2012 recovery of $4,635 after an open air sniff of a vehicle alerted officers to possession of marijuana by the driver. In 2015, Blek's efforts helped officers track and detain without incident a runaway juvenile who had fled police. And in 2016, Blek successfully located a gun used in a homicide.

Since its founding in 1993, the West Chester Twp. Police Department Canine Unit has enlisted the service of 13 canine officers, according to the township. Canine officers Ciro and Rico remain in service.