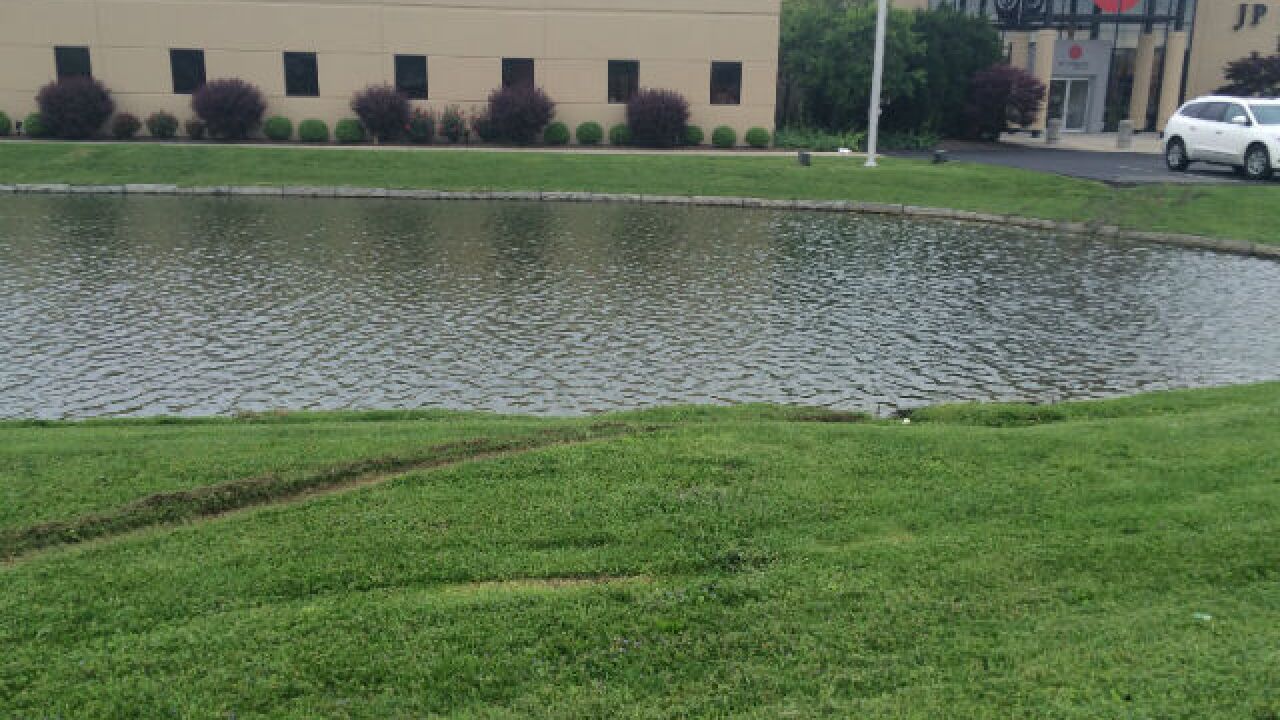 <p>A worker at JP Flooring (background) rescued a driver whose car went off the road into the retention pond.</p>

WEST CHESTER TWP., Ohio –  A driver who went off the road into a retention pond on Union Centre Boulevard Wednesday morning owes her life to a good Samaritan.

As the car was sinking in front of JP Flooring, an employee dove in and pulled the woman out.

A 911 caller described the drama to the dispatcher:

"Please come …  JP Flooring … someone's car. She ran off the road and she's in the lake and she's sinking!"

The driver and the rescuer were both taken to West Chester Hospital. The good Samaritan suffered no injury. The condition of the driver has not been released.

Investigators are working to find out what caused the westbound car to cross the median and roll into the pond.

In 2009, another driver died after driving into a retention pond only a few miles away on Plum Tree Drive. Patrice Battle, 33, was missing for four days when her body and car were spotted in the water.