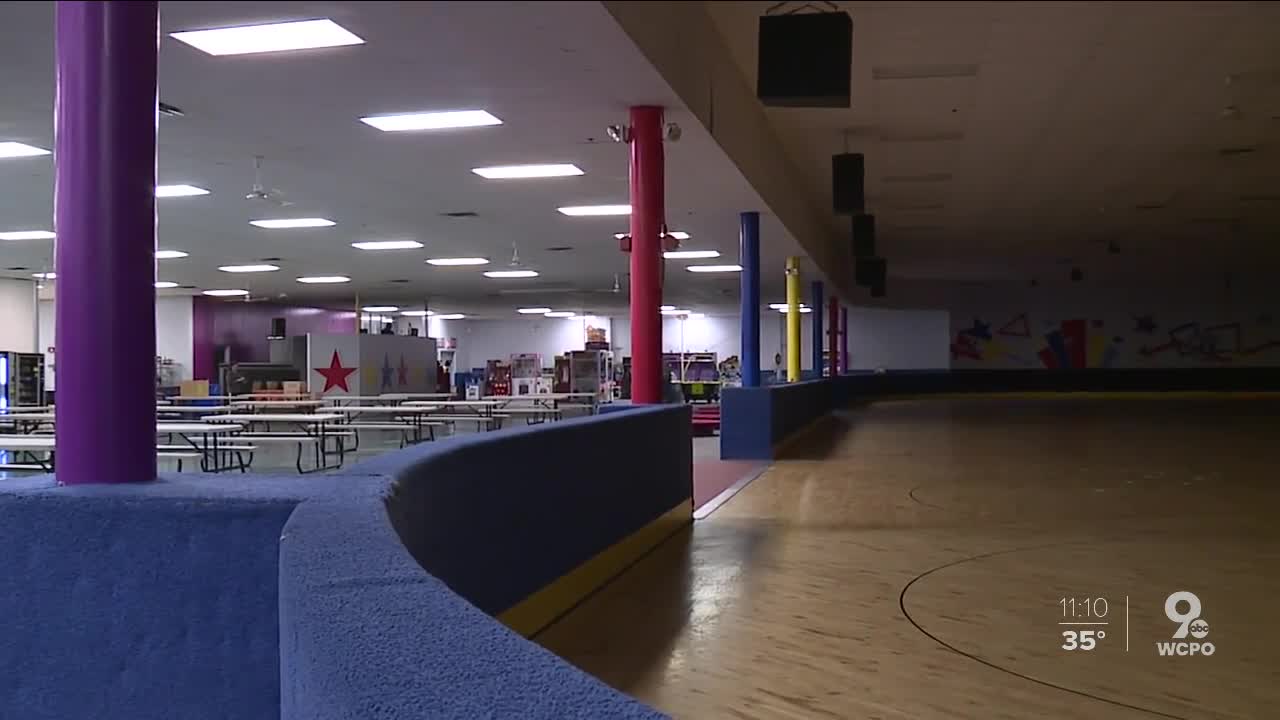 After 17 years, Skatetown USA Family Roller Skating Facility announced it will close it doors permanently, saying the financial impact of the coronavirus pandemic is "too much to recover from."

WEST CHESTER, Ohio — In a social media statement Tuesday, owners said the skating rink at 8730 North Pavilion Dr will shut down effective May 1.

“We made the decision last night, that we couldn’t continue,” said Ken Roesel, who has owned the rink for 10 years.

The roller rink shut its doors on March 17 to comply with state social distancing orders.

"I tried to do everything I could to keep the business open and operating,” Roesel said. “With what happened, being closed down in our peak season, that would carry us through the summer. Without that money coming in, we’re just not able to do it.”

"Due to the current economic conditions created by the Coronavirus and the state mandates the financial impact on the roller skating business has been too much to recover from, and to keep the high standards of operations that we have provided over the years," Roesel said in the rink’s announcement on Facebook.

“You can definitely see the joy in the people’s faces when they come here,” Cincinnati Rollergirl Jessica Mayerovitch said. “And it’ll be weird for them not to have."

“It means it’s time for practice,” Mayerovitch said. “That puts me in a good mood because I get to skate with my friends.”

For two years, she’s been skating with the Rollergirls under the pseudonym ‘Wicket Widget.’

“This is where we train,” Mayerovitch said. “We hold boot camps here. Tryouts here. We held a fall season here in 2017, and held several home games here as well.”

For Mayerovitch and others, the rink is much more than a place to practice.

"To hang out and do something, whether or not they’re good at roller skating or not, it’s just a blast!” Mayerovitch said.

Which is why the news of the closure has her wheels spinning.

“Skating is nostalgic, Roesel said. “It’s not like when I grew up when we were there every Friday or Saturday night. Kids don’t come out like they used to. It’s dying.

Roesel said he was hoping to sell the building to other rink operators before the pandemic hit.

"We would like to thank all of our customers for the years of support and allowing us to serve so many of you and your families," Roesel said in the rink’s announcement on Facebook. "We would also like to thank West Chester Township officials and the surrounding school districts for the support they have all given Skatetown USA over the years! We will continue to cherish the many memories and friendships that have been formed through roller skating at Skatetown USA!"

Starting Wednesday, all of the rink's equipment and supplies will be available for purchase. For an appointment, contact Ken Roesel at kenskatetownusa@aol.com.