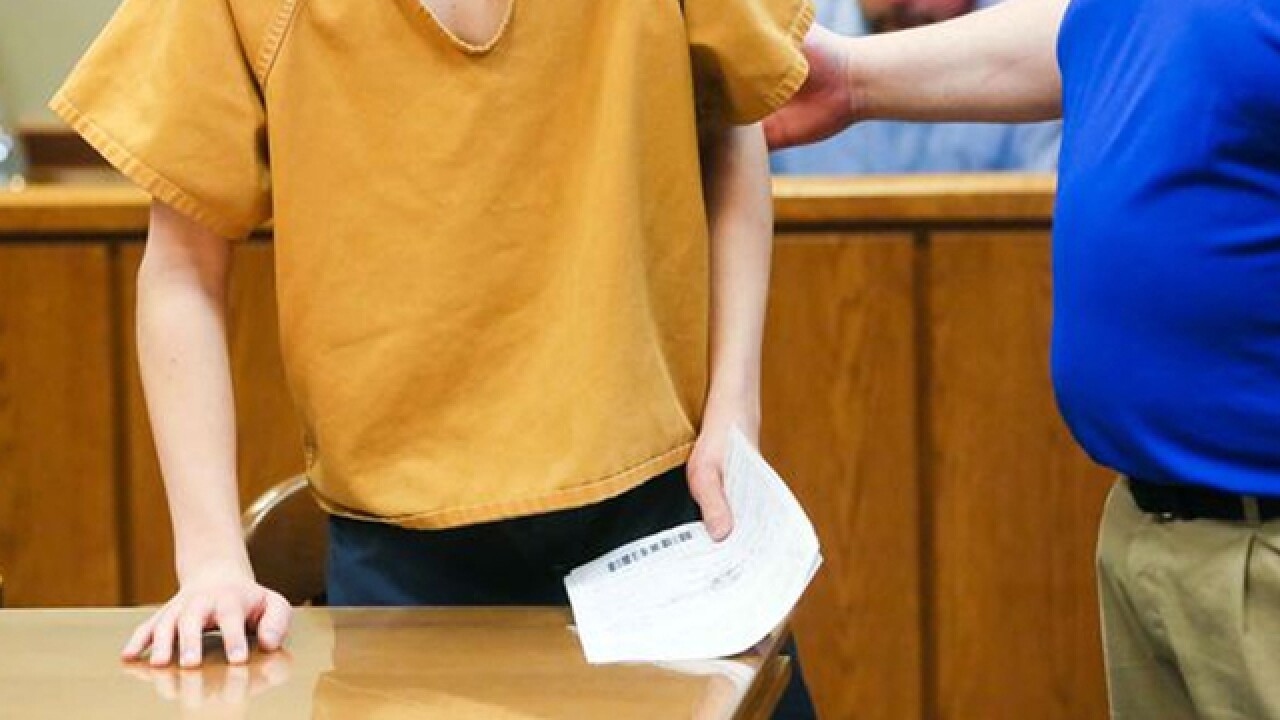 BUTLER COUNTY, Ohio — A 14-year-old boy accused in the Madison High School shooting has been indicted by a Butler County grand on a special classification that could send him to adult prison.

Austin Hancock was indicted by a Butler County grand this morning on four counts of attempted murder, four counts of felonious assault and inducing panic as a serious juvenile offender, which means a juvenile judge or jury will have to determine the designation applies in the case and, if found guilty of attempted murder, he would have an adult sentence hanging over his head while serving the juvenile sentence.

Hancock’s case will stay in juvenile court, said Butler County Prosecutor Michael Gmoser. Gmoser said the grand jury was presented with options, including if Hancock should he indicted and tried as an adult.

Gmoser said that if Hancock is convicted in juvenile court of attempted murder, he could be sentenced to serve in the Ohio Department of Youth Services until his 21st birthday. With a blended sentence, the judge could sentence the offender to adult prison if the offender commits further violations while in the juvenile system.

His attorney entered a not guilty plea Tuesday morning at the Butler County Juvenile Justice Center, where Hancock remains in custody.

The teen suspect talked about having a gun earlier in the day and showed the firearm to someone just before the shooting, according to sheriff’s detectives. Someone was en route to tell administrators, and that was a pivotal moment.

“That’s when he had to decide whether he was all in or all out. He went all in,” said Sgt. Rob Whitlock.

Hancock got the gun two days before the shooting from a family member, and he had extra ammunition with him, according to sheriff’s Maj. Mike Craft.

A pre-trial hearing has been set for April 5 in front of Judge Ronald Craft. Hancock has been housed in the Butler County Juvenile Detention Centers since his arrest just minutes after the shooting.