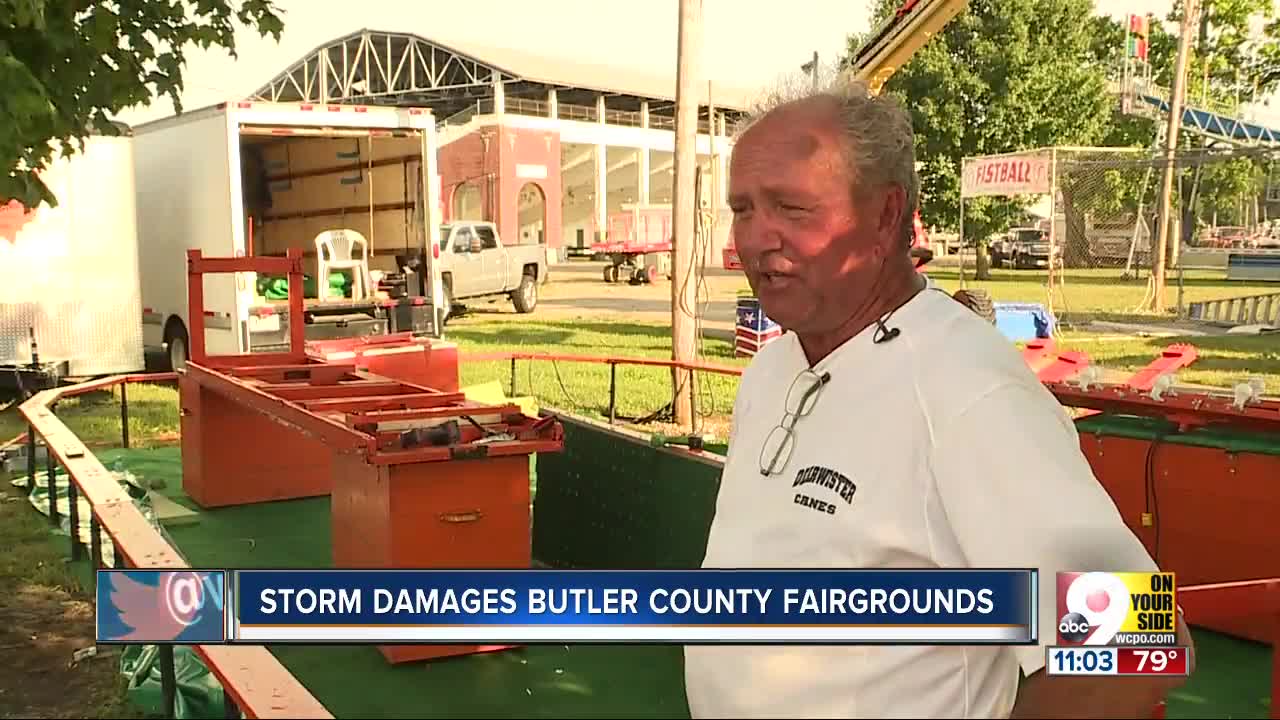 The storm that blew through the Butler County Fairgrounds Thursday afternoon brought winds strong enough to topple trees and overturn a ride, but organizers said the damage won’t stop the fair from opening Sunday morning as scheduled. 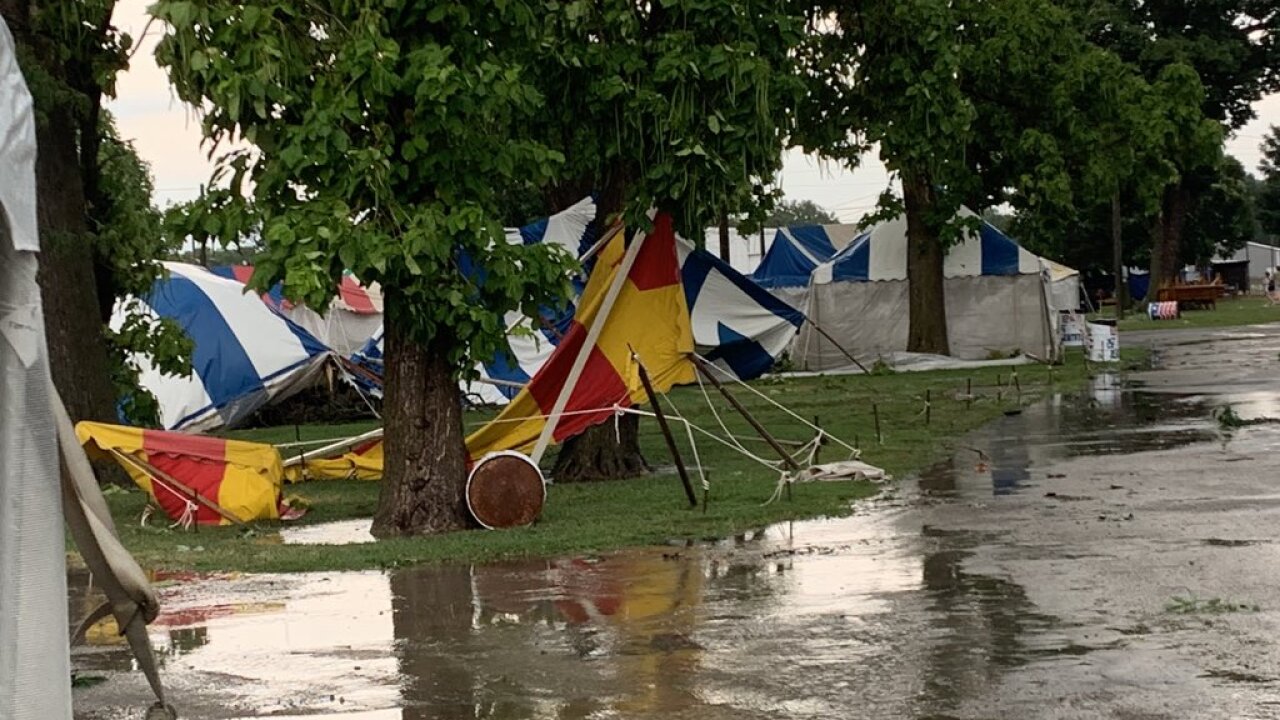 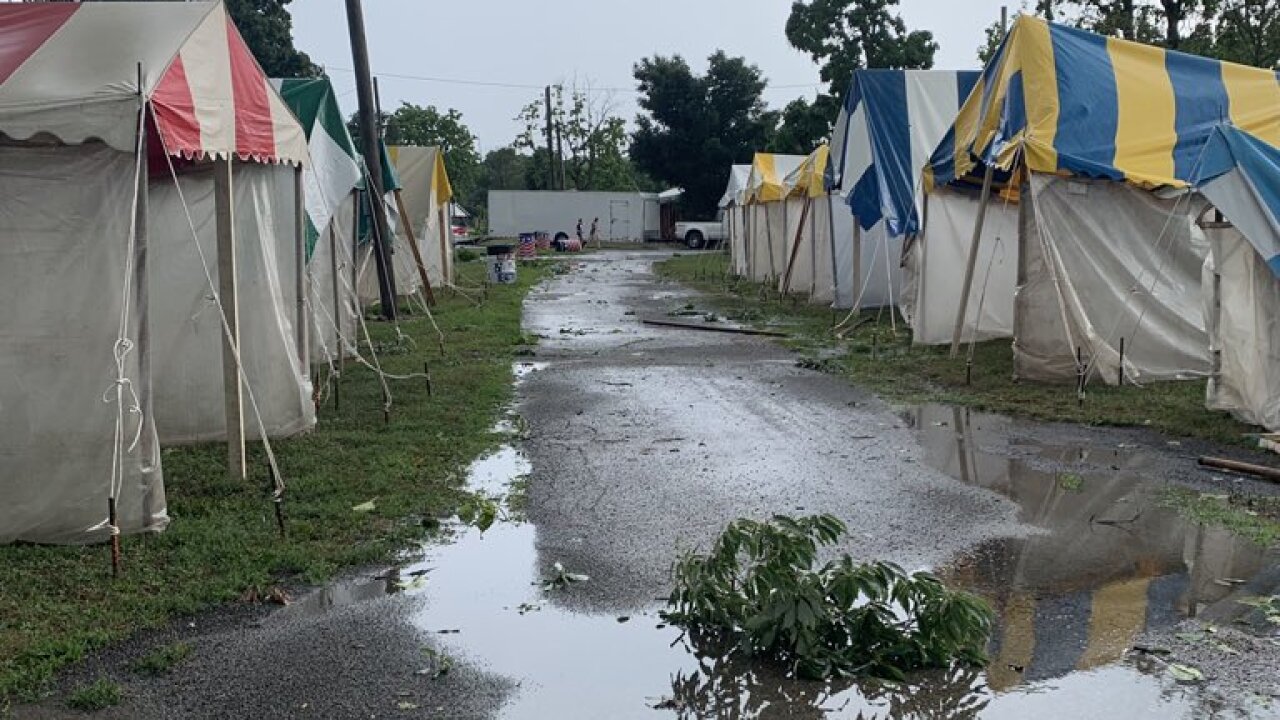 HAMILTON, Ohio — The storm that blew through the Butler County Fairgrounds Thursday afternoon brought winds strong enough to topple trees and overturn a ride, but organizers said the damage didn’t stop the fair from opening Sunday morning as scheduled.

Over 150 volunteers arrived to help clean up in the aftermath of the storm, which had materialized without warning out of a sunny summer sky.

“People are stopping in to say, ‘What can we do to help?’” said Casey Wells of the Butler County Fair board. “That’s what’s going on right now. I’d say I’m surprised, but I’m not. They’re all wonderful, great people.”

Carl Dearwester, whose family has operated a game at the fair for 121 years, considers Butler County lucky.

The storm damaged his game, but he can put it back together. Torn tents can be repaired. Like Wells, he was heartened to see the number of people from 4-H clubs, Future Farmers of America and surrounding communities arriving to help Thursday night.

Both men encouraged people from Butler County and beyond to visit the fair over the weekend as a show of support. Drawing on the advice of his father, who also ran a game at the fair every year, Dearwester predicted it would be a good one.

“He said, ‘If you have grief before a fair, it’ll be one of the best fairs you can ever have,’” he said. “I always believed that.”