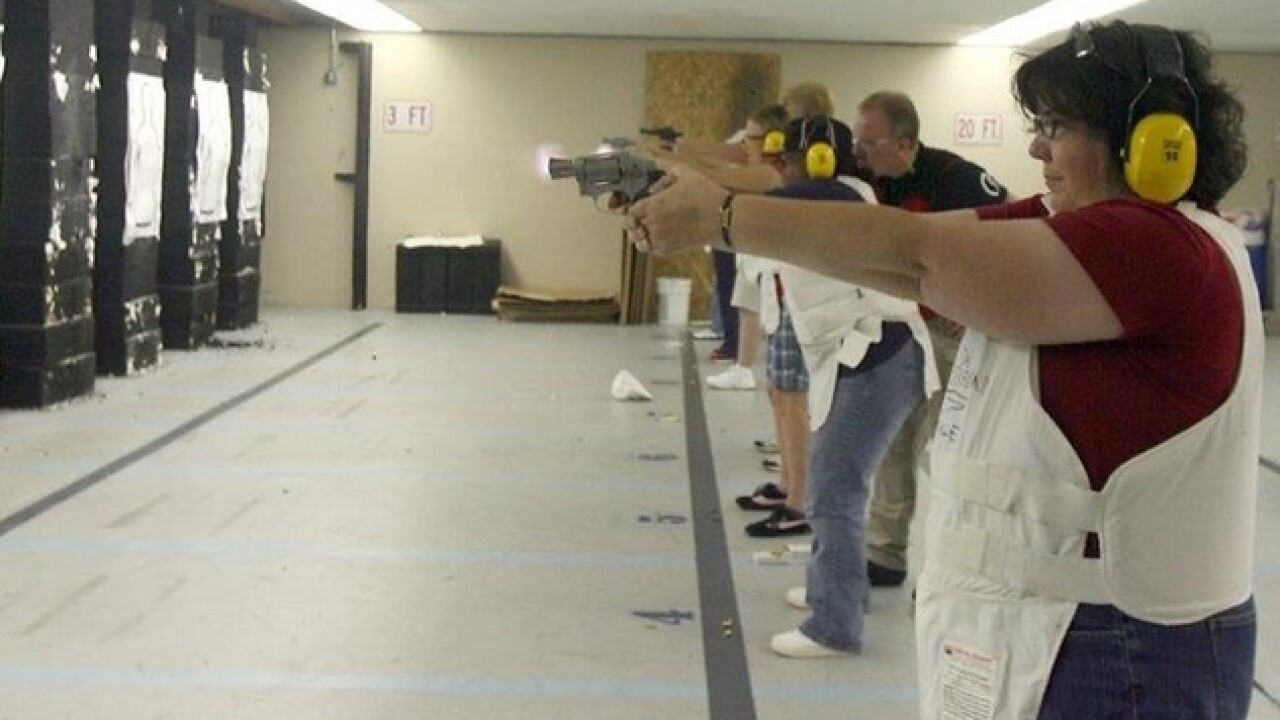 Copyright 2018 Scripps Media, Inc. All rights reserved. This material may not be published, broadcast, rewritten, or redistributed.
WHIO
Despite often having a police presence at meetings, some Butler County elected officials say they would be in favor of a law that permits CCW holders to carry in government buildings.

MONROE, Ohio -- Despite often having a police presence at meetings, some Butler County elected officials say they would be in favor changes to the law permitting CCW holders to carry in government buildings.

“Sitting in the front of the room during our trustee meetings, I have thought about my safety, the safety of my fellow trustees, staff and the attendees,” said West Chester Township Trustee Ann Becker.

Becker, a first-time township trustee elected this past fall, said officials and others are “soft targets” in the Trustee Hall.

A Florida high school shooting massacre in February re-inflamed debates on how best to protect students and others in local schools. Now, that debate has moved to government buildings.

Monroe Councilman Todd Hickman contends that If a school board has the option to authorize teachers to carry a concealed weapon, then the elected members of city councils should be able to as well.

“To me, it’s no different than a teacher being able to carry a concealed weapon,” Hickman said.

Five of Monroe’s seven council members have a CCW permit and another member is in the process of obtaining one, he said.

But because council’s meeting room is also used for the city’s Mayor’s Court, those with CCW permits are not allowed to have their weapons in council chambers, the city’s Law Director K. Philip Callahan said.

Mayor’s Court is usually held before the council meeting every other Tuesday.

Wyoming, located in Hamilton County, previously was the only local government to allow valid CCW holders to carry a concealed weapon into the council chambers and select city facilities.

It passed the resolution in April 2017.

But a month later, after negative community reaction, council voted to rescind the resolution “given the division in the community this matter has caused,” Wyoming Mayor Barry Porter said.

Monroe is similar to Wyoming in that the chambers is used as a courtroom for a limited number of hours each month. Callahan said he would continue to research the issue and report back to council.

City Manager William Brock said whatever council decides, they need to consider how that would impact city staff and the changes that would cause.

While the council chambers/courtroom is on the upper level of the Monroe City Building, the city’s police department is directly below on the lower level. Unlike other area courtrooms, there is no metal detector for people to go through in Monroe’s court.

Ohio’s CCW permit statute prohibits anyone, other than law enforcement officer, to carry a weapon into a government building, law enforcement facilities, school safety zones and courthouses are among several forbidden zones for CCW permit holders.

Monroe may be the only local government in the area that is looking into the matter.

Middletown Mayor Larry Mulligan said no current council members have raised this concern and could only recall a former council member who asked about it but it was personal reasons and not as a result of him serving on council. He said the city building does not permit weapons.

Middletown’s police station and jail are down the hall from the council chambers on the lower level, while the Municipal Court is on the first level of the building.

“We have an officer present during meetings,” Mulligan said. “I think each community needs to evaluate its security requirements and act appropriately. The (police) chief and city manager have conducted a review of building security.”

Scott Scrimizzi, Hamilton’s public safety director, said to his knowledge, that has never been brought up by Hamilton City Council which meets in the same building where the Municipal Court is located. The former police chief and Chief Craig Bucheit regularly attend council meetings and provide a police presence.

When asked if he saw a need for a council member to be armed, Scrimizzi said, “I’d prefer a police presence.”

Both Liberty Township and Fairfield officials said the issue has not come up with their local governing boards.

“I believe people have an expectation to exercise their 2nd Amendment rights, but beyond that people have the right to feel safe in their community,” Becker said. “The only way to solve the problem of gun violence in gun free zones is to tear the no guns sticker off the door and let people defend themselves.”

11 Forbidden Zones for CCW Permit Holders, according to the Ohio Attorney General’s Office

This story originally appeared on WHIO, a news partner of WCPO.