Against the odds, man who became trapped in soybeans rescued safely from Ross Township grain silo 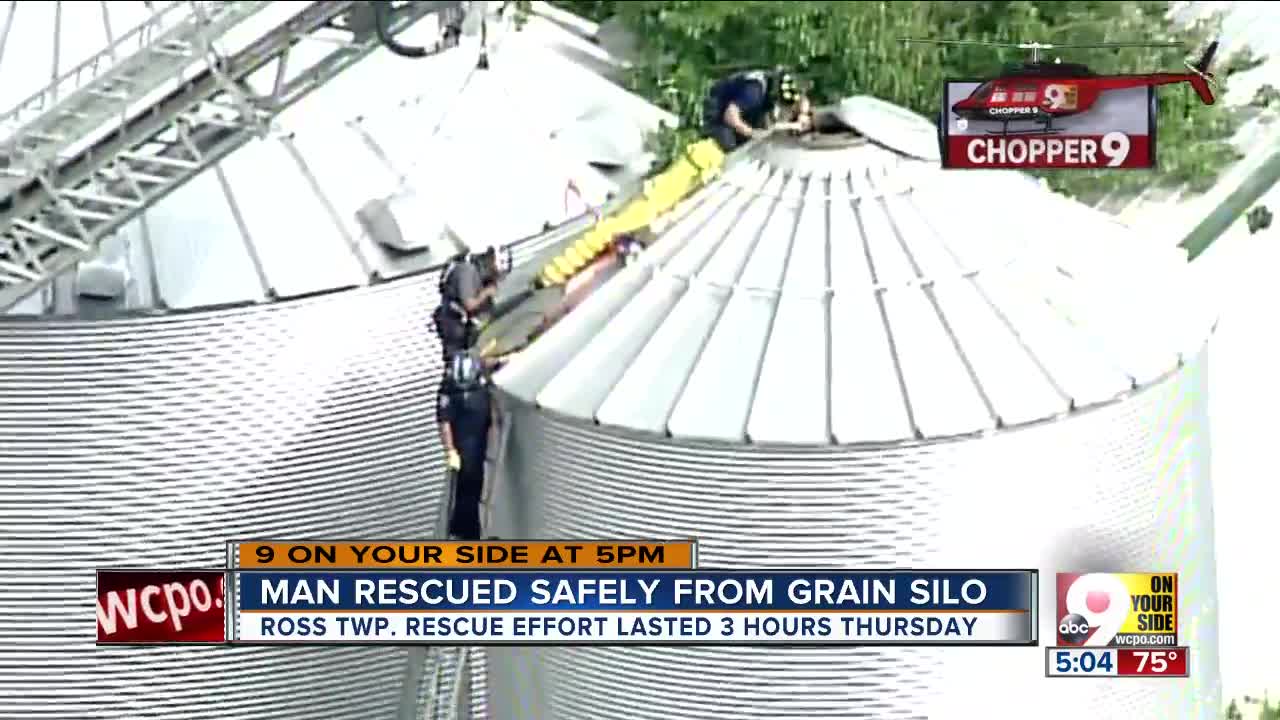 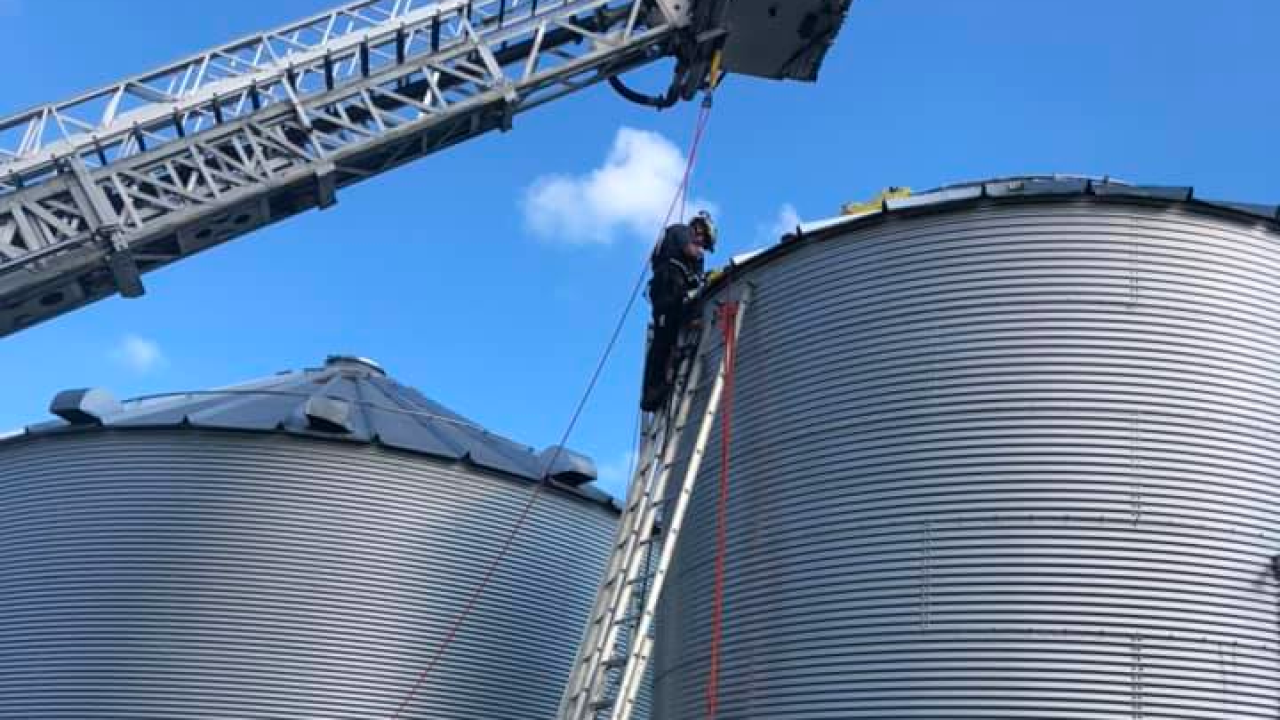 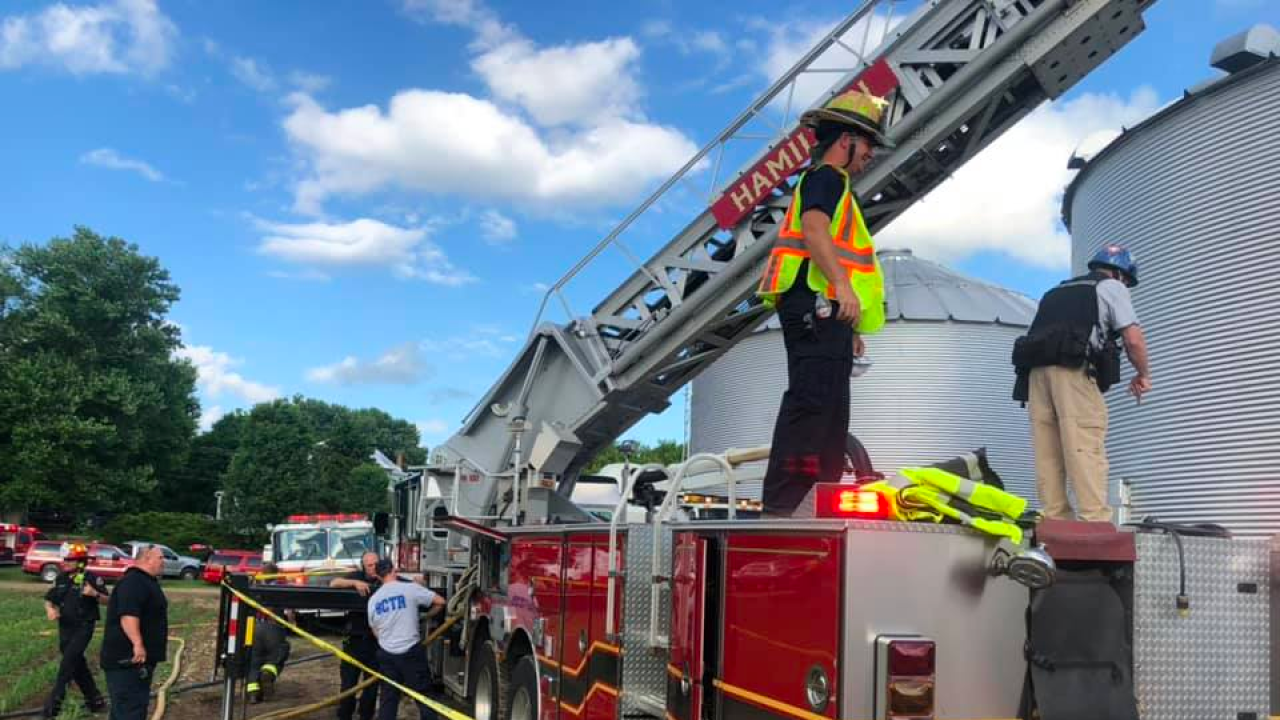 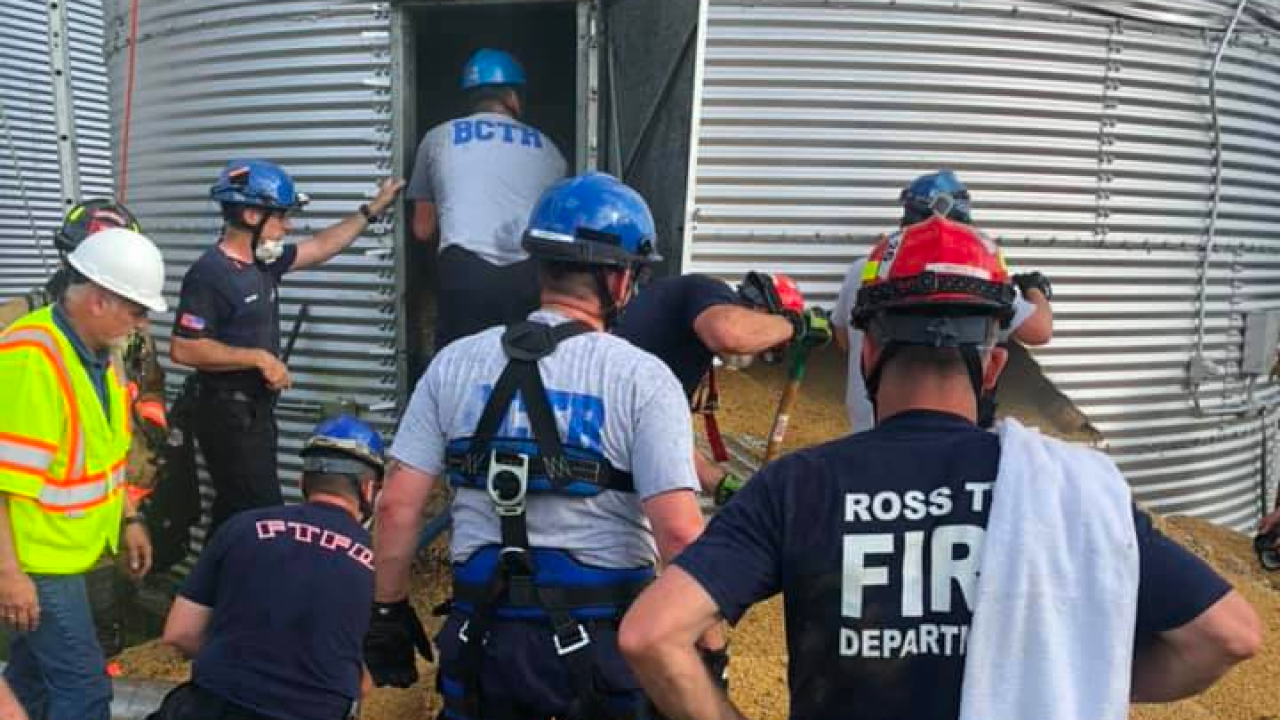 ROSS TOWNSHIP, Ohio — More than 50 fire, rescue and emergency medical workers stood at the base of a Timberman Road grain silo as a man who had become trapped inside was lifted out of the soybeans that once buried him to his neck.

About half of all grain entrapments result in death, according to the United States Centers for Agricultural Safety and Health. It's a tricky substance — like quicksand, it moves under the victim's feet and creates more suction the harder they attempt to struggle. Many entrapments become engulfments and then suffocations within minutes.

This one didn't. The man, 70-year-old Jay Butterfield, emerged alive.

"They saved my life, for sure," he said. "I thought that was the end."

According to Ross Township Fire Department Chief Steve Miller, Butterfield had been attempting to clear out an auger — a rotating helix-shaped rod that helps move grain to its next destination — inside the silo when he slipped and fell in. Another man, who had been working with him, called 911 immediately. (Miller identified the second man as the victim's son, but a woman who introduced herself as a relative said it was his brother-in-law.)

"It most definitely would have had a different outcome" if the victim had been alone, Miller said.

The rescue effort involved 11 local agencies, including University of Cincinnati Air Care, and lasted three hours from the moment the call arrived at 4 p.m. to the moment he was finally extricated at 7 p.m. The heat inside the silo was so intense and the breathable air in such short supply that rescuers had to lower multiple oxygen masks and tanks in for themselves as well as for the victim.

"That's what we work for, that's what we do," Miller said. "And to get that kind of good outcome is icing on the cake."

Butterfield was treated at University of Cincinnati Medical Center and was released from the hospital Friday morning. He is expected to make a full recovery.