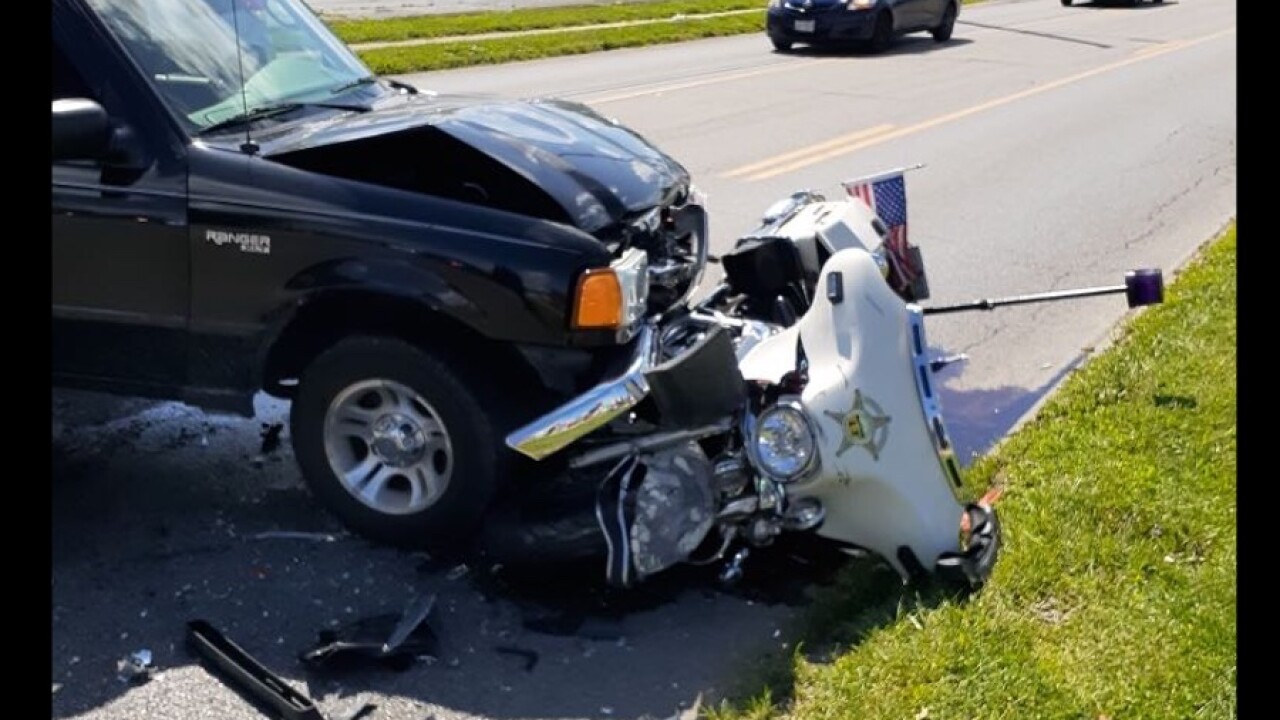 HAMILTON, Ohio — A mortuary police officer was struck during a funeral procession this morning in the Hamilton neighborhood of Lindenwald.

Police dispatch report that the officer, on a motorcycle, was struck by a truck at 11:49 a.m. today in the 4000 block of Pleasant Avenue while escorting the procession.

The officer, whose name has not yet been released, was transported to UC West Chester by ambulance.

The funeral was for Norma Cooper, of Fairfield, who died Aug. 13 at the age of 94. Grandson Scott Kerth, of Oakley, was a passenger of a car near the front of the procession. He believed the driver of the black truck attempted to cut through the funeral procession.

Kerth didn’t see the accident, but “all of a sudden I heard a crash.”

He said the truck struck the motorcycle head-on and the officer, who is from Dayton, flipped through the air and landed in a grassy area. He was briefly unconscious but did come to before being taken to the hospital.

Kerth said he’s been told the officer will recover following a surgery.