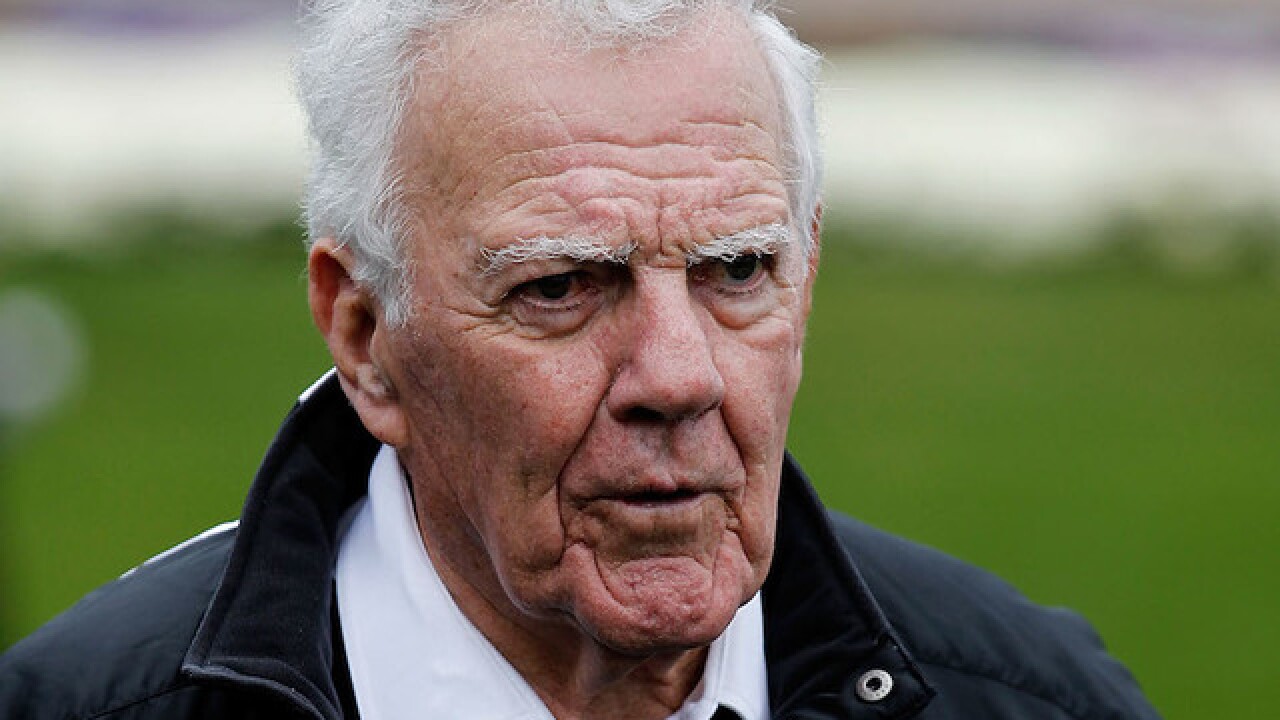 GRANGER, Ind. -- Legendary Notre Dame and Miami University football coach Ara Parseghian died at 1:30 a.m. Wednesday at his home at the age of 94, according to the University of Notre Dame.

Originally from Akron, Ohio, Parseghian's connections to the Tri-State ran deep. He earned a bachelor’s degree from Miami University in 1949 and played football, basketball and baseball during his years in Oxford. He returned in 1950 to assist Coach Woody Hayes.

According to Miami University, Parseghian became head coach when Hayes went to Ohio State and guided Miami to a winning record of 39-6-1 and two MAC titles. He earned a master’s degree from Miami in 1954 and an honorary doctorate in 1978. He also served on Miami University’s board of trustees from 1978 to 1987.

Last October, Miami University President Gregory Crawford awarded Parseghian with the President's Medal "in recognition of a lifetime of selfless devotion and dedication to improving the lives of others."

“I have seen his commitment to social justice, I have seen him create change, and I have followed his virtuous leadership,” Crawford said in a news release. “He exemplifies what it means to be a Miamian.”

Parseghian had recently returned to his home in Granger, Indiana, after spending more than a week in a nursing care facility in South Bend, Indiana. He was treated for an infection in his surgically repaired hip.