OSHP: Winds took down power lines on I-75 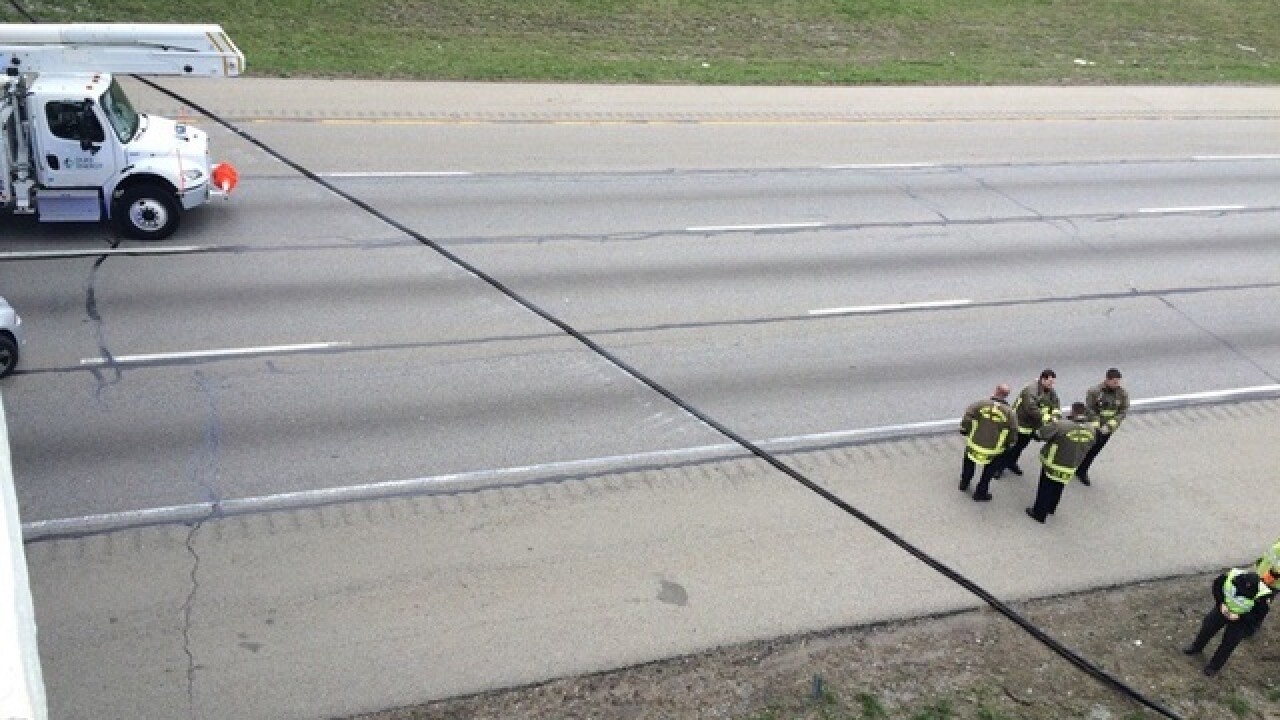 WEST CHESTER TOWNSHIP, Ohio -- Heavy winds on Saturday afternoon led to downed power lines on I-75 in West Chester, Ohio State Highway Patrol said. The interstate was shut down in both directions near Union Centre Boulevard.

Why's I-75 closed at Union Centre? These lines on the interstate. (From experience, avoid this for hours) @WCPO pic.twitter.com/Q2i6lQ7Pwg