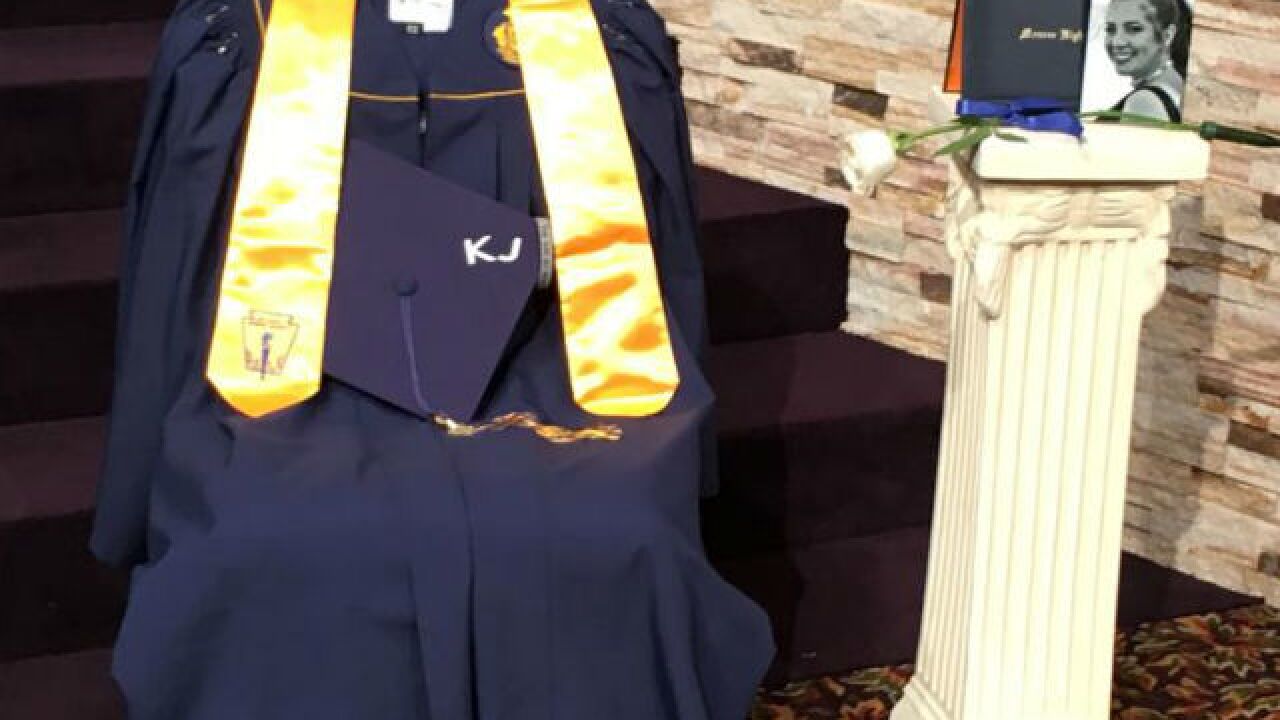 Ed Richter | Journal-News
<p>Monroe High School honored the memory of seniors Kaylie Jackson and Noah Vess during commencement ceremonies on Saturday. Jackson suffered fatal injuries in in the prom night car crash. Their photographs, caps, gowns and diplomas were displayed at opposite ends of the stage. Jackson’s honors stole was also displayed.</p>

MONROE, Ohio  — Monroe High School honored the victim of the prom night car crash at graduation ceremonies on Saturday, as well as another senior who died during the school year.

At each end of the stage at Princeton Pike Church of God, there was a memorial graduation gown hanging over a chair and a small pillar with their graduation cap, photograph and diploma cover that remembered Kaylie Jackson and Noah Vess.

Graduates walked past both memorials.

Jackson died April 30 from injuries following a car crash while she and three others were en route to the prom April 27. Superintendent Phil Cagwin said Vess died a few months ago. Cagwin said both families had communication with the high school administration about how the students should be remembered at the graduation ceremony.

Principal Brian Powderly asked for a moment of silence to remember Jackson and Vess.

The families of both students will receive their diplomas on Monday, according to school district officials.

READ comments from the speakers at the ceremony.