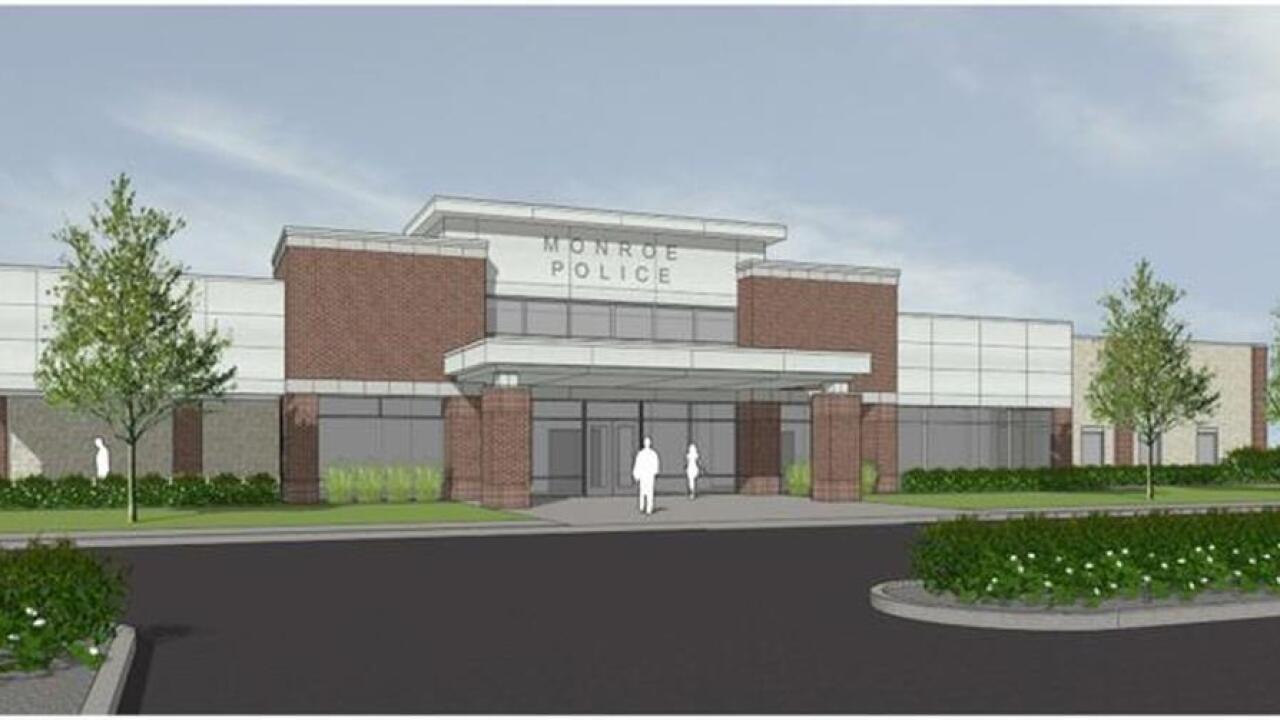 Photo contributed
Monroe’s new police station might look like this after renovations are completed on the former IGA grocery on Main Street/Cincinnati-Dayton Road. The department has outgrown it’s current facilities on the lower level of the Monroe City Building. Photo contributed.

MONROE, Ohio — Monroe took another step toward the re-purposing of a former grocery store into its new police facility, the Journal-News reports.

City Council unanimously approved a motion to spend $385,000 for design development, construction documents, building and construction phase service. The fee to KZF Design was part of the agreement that council approved previously.

City Manager Bill Brock said these services will provide the city with all of the necessary design documents to have approved building permits and bid documents, and will provide services for the bidding of the project once those documents are complete.

City officials hope to have the final design ready by the end of the summer and bid the project out this fall. Brock said construction could begin in early 2020 and in operation in 2021. The cost of the building renovation will be about $6 million, which will be paid for through revenues from the income tax levy that was approved by voters in 2017.

Last month, council saw a presentation of what the building’s new exterior would look like as well as a proposed floor plan for the building located at 601 S. Main St., which will have the potential to expand in future.

KZF officials told council they are trying to make look less of an IGA store and had received feedback from police employees, council’s Safety Committee and council members. The preliminary plan has several flexible options including a secure drive-through sallyport by using one of the two retail spaces at the shopping center.

The new sallyport would utilize the retail space Foggyz Vapor Lounge occupies now. Brock said the business could relocate to another retail space in the strip center. Brock also said the city would have to study if the concrete in that space is thick enough park the new vehicle for the SWAT team. The vehicle was delivered to the city in the past few weeks.

The current police station is on the lower level of the Monroe City Building, 233 S. Main St., which was built in 1999 to house 18 police staffers. The building is now home to 40 employees and space has become a premium as one of the building’s two interview rooms as storage space after expanding its dispatch center. When the new facility is completed, the current police space will be used for the city’s growing administrative staff.