2 taken to hospital after car travels through yards, strikes tree 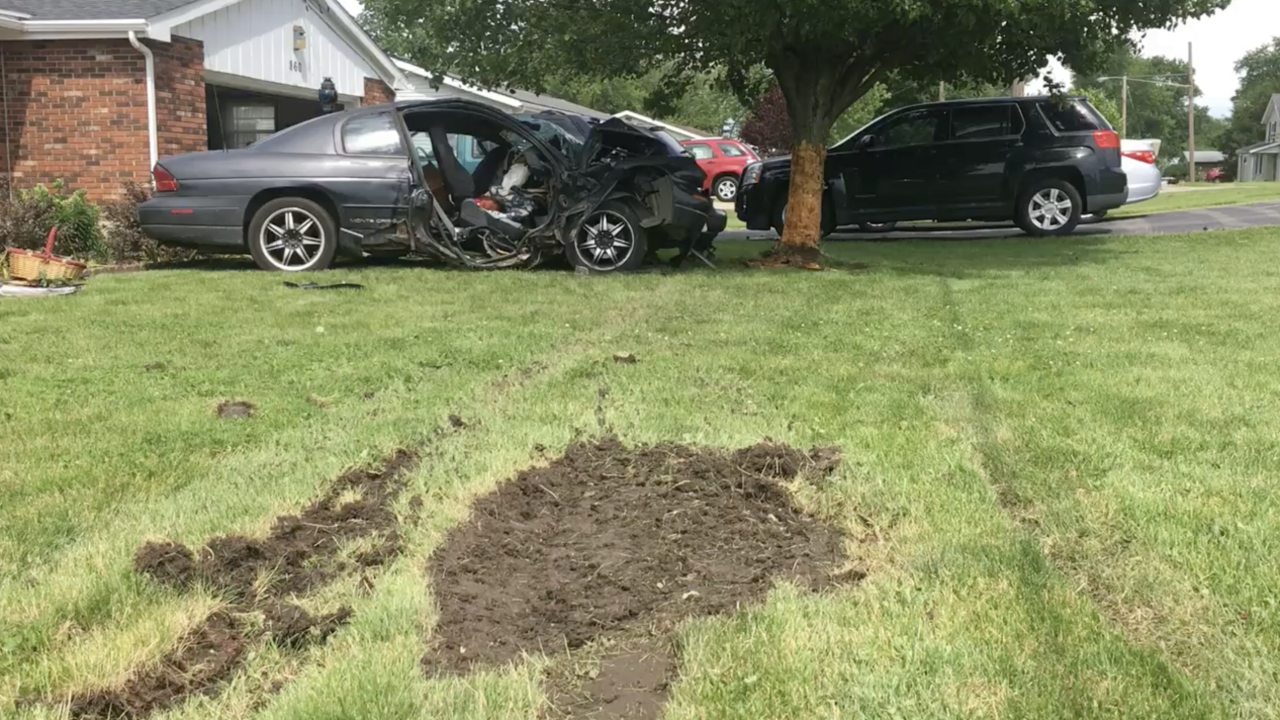 A crash in Monroe trapped two people inside, after the vehicle veered off the road, through neighboring yards and struck a tree.

Police at the scene of a crash in front of 860 North Garver Road said the two people injured in the incident were a woman and a man, the vehicle's driver and passenger, respectively. The vehicle was heading east on North Garver when the vehicle left the road.

Emergency crews had to cut the man out of the vehicle. Both of the vehicle's occupants were taken to Atrium Medical Center to be treated for their injuries, the extent of which are not known at this time, according to Monroe Police Department.

It was too early to tell if drugs, alcohol or excessive speed were believed to be factors in the crash, according to police. However, at least one neighbor said that he heard the vehicle's engine rev as it came out of a sharp turn and onto a straight stretch of road.

Longtime Monroe resident Tammy Fraley lives in the home mere feet from the destroyed vehicle. She said said the car that crashed in her front yard narrowly missed she and her husband, both of whom were inside the home at the time of the crash.

Fraley said she heard "this big kaboom" and initially believed a vehicle had struck the home.

The car, a 2-door 1996 Chevrolet Monte Carlo heading east on the road, instead had veered across the double yellow line and off the left side of the road, traveling through yards and clipping the back end of a vehicle in a neighboring driveway before tearing across Fraley's front yard and slamming into a tree.

“I immediately went into the house and called 911 for help ’cause I could tell that they were seriously injured,” she told this news outlet.

Fraley, who has lived on the the quiet, short stretch of rural roadway for four decades, said speeding motorists have become “a tremendous problem” over the years

The 35 MPH speed limit is something Fraley said is “way too high” for the road.

“People come down the road and they just floor it,” she said. “They think it’s just a raceway from corner to corner, for some reason.”

That has led to numerous vehicles veering off the road into ditches, knocking over mailboxes, damaging guard rails and plowing through residents’ front yards, Fraley said.

“Something needs to be done out here,” she said.