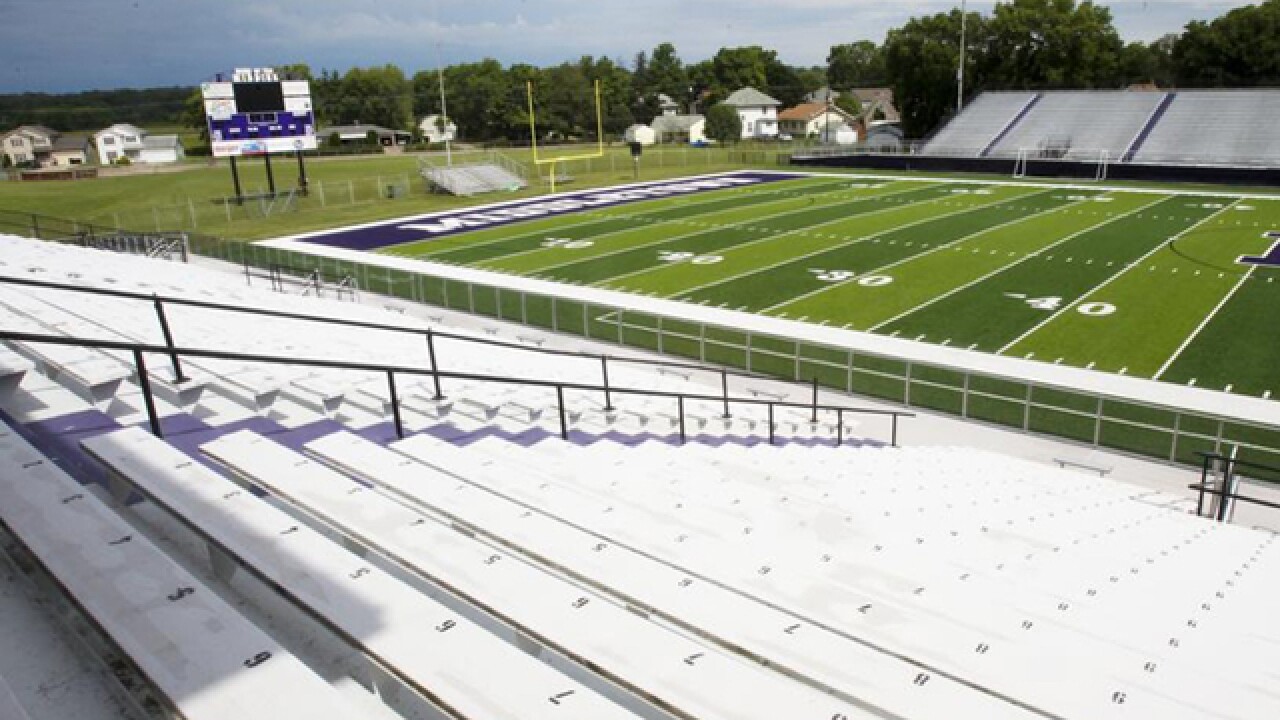 Copyright 2018 Scripps Media, Inc. All rights reserved. This material may not be published, broadcast, rewritten, or redistributed.
<p>Photo by Greg Lynch | The Journal-News</p>

Charlotte Ferguson Kempf was working for Crown Services, a temp agency in Monroe, when she either fell or collapsed around 12:05 a.m. Saturday while cleaning up the Barnitz bleachers hours after the first Middletown High School football game, The Journal-News reported.  She was transported to Atrium Medical Center where she died Sunday.

An autopsy was performed by the Warren County Coroner’s Office, but results have not yet been released.

The Middletown City Schools District contracts with Sodexo for maintenance and custodial work and Sodexo subcontracted with Crown, said Elizabeth Beadle, a district official. She said no students were in the stadium at the time of the incident.