Will Middletown HS play football this fall? Players, parents say they're ready for anything 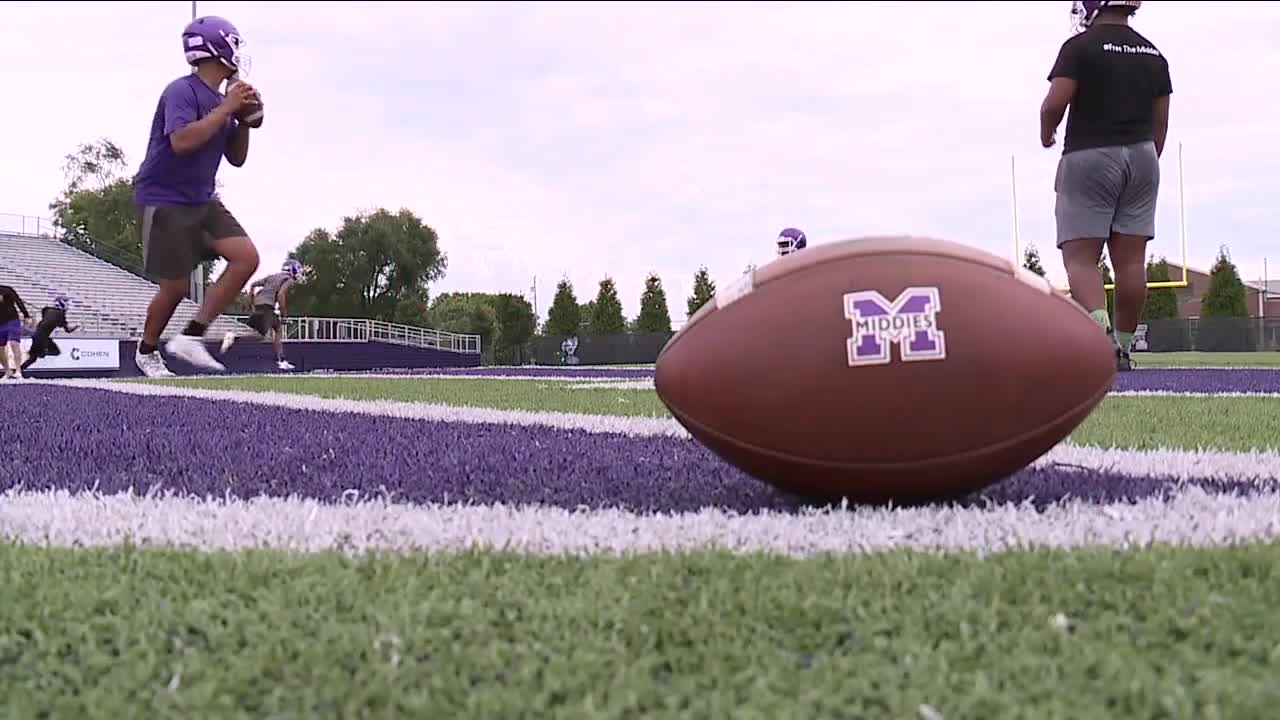 Gov. Mike DeWine approved fall sports, but the decision to play will be made by the school district. Players and parents said they’re ready, no matter what the decision.

MIDDLETOWN, Ohio — The Middletown City School District suspended all fall sports on July 30, and they’ve since lifted part of that suspension. On Tuesday, Gov. Mike DeWine approved fall sports, but the decision to play will be made by the school district. Players and parents said they’re ready, no matter what the decision.

Kamron Cooper, a Middletown senior and Middies inside linebacker, described football under the Friday night lights as “the best feeling in the world.”

"Coming up to the fans, the screams. Probably won’t be like that this year,” he said.

“Everyone’s been excited for the season. We haven’t taken a step back. Try to keep it rolling even with the setbacks,” Fuller said.

So far, Fuller doesn’t have any college offers yet, and he says there’s a lot riding on simply having a season this fall.

“It means everything, our season,” Fuller said. “My whole future lies on this. If we don’t have a season, there’s not much we can do about it. We’re just hoping to have one.”

Parent Leslie Moore, watching Tuesday's skills training session from the stands, said the intial decision to suspend sports was discouraging for her football family and her son Daelon.

“It was heartbreaking," she said. "Then you’re on pins and needles because you don’t know what’s going to happen. It’s hard. It was hard to keep him really focused after that. He was ready to give up. He’s like it’s over, they’re going to cancel it. It’s done. It’s done.”

Though DeWine gave the green light for fall sports, including high school soccer and field hockey seasons to start during the COVID-19 pandemic, the decision to play will be made by school districts.

“There’s definitely hope," Cooper said. "We have a lot of faith, and hope that the school board allows us to have a season. But we can control what we can control.”

A Middletown district spokesperson told WCPO the safety and security of all MCSD students and staff remains the priority to flatten the curve and bring students back into the classroom and onto the playing fields.

For now, these student-athletes are learning a valuable life lesson and hoping to overcome a pandemic-sized obstacle.

“No matter what adversity we face, we’ll overcome it somehow, some way," Cooper said. "That’s just the leadership we have this year."