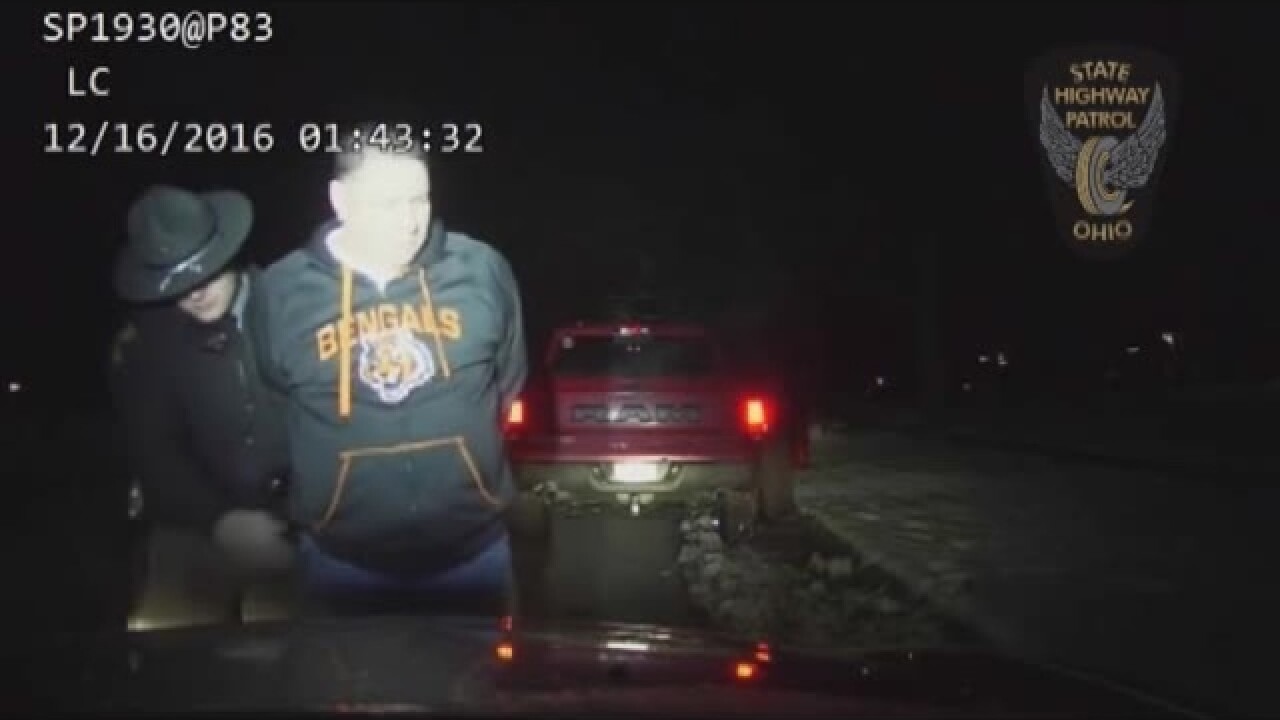 In newly released video, Fire Chief Paul Lolli can be seen struggling to complete field sobriety tests after he told troopers he had “two beers” and had stopped drinking at midnight.

Lolli was stopped by the State Highway Patrol around 1:30 a.m. on Dec. 16 and charged with OVI and speeding, according to Les Landen, the city’s law director.

WATCH the full traffic stop in the video player below.

Lolli told the trooper he was sorry after he struggled to walk in a straight line.

Landen said Lolli has cooperated during the investigation, and he is being represented by attorney Paris Ellis.

Lolli, 55, who was hired as fire chief last year, is scheduled to have his pretrial hearing in Middletown Municipal Court on Jan. 24. Landen said an outside prosecutor will be hired to handle the case.

Lolli has no prior disciplinary issues in his personnel file, according to Landen.