Copyright 2019 Scripps Media, Inc. All rights reserved. This material may not be published, broadcast, rewritten, or redistributed.
Jared Clifton 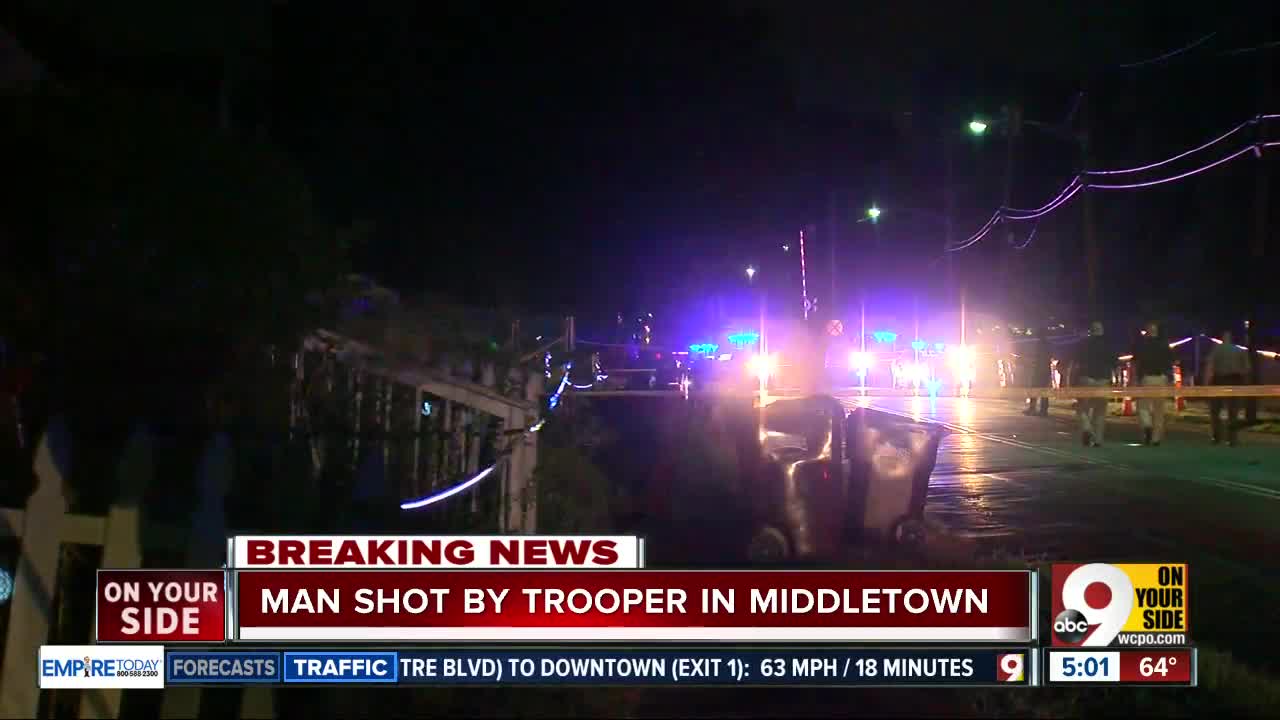 MIDDLETOWN, Ohio -- A trooper and a suspect were injured in a trooper-involved shooting in Middletown Thursday night, according to Lt. Craig Cvetan, spokesman for Ohio State Highway Patrol.

Williams stopped pursuing Marion when Marion almost lost control of his car, Cvetan said. Williams then followed him without lights or sirens on and tried to pull him over again once he slowed down.

Marion stopped on Lafayette Avenue near Trine Street, got out of the car and tried to run, Cvetan said. Williams deployed a Taser, and Marion “engaged and attempted to assault the trooper," Cvetan said. Williams then fired two rounds at Marion; he was shot in the armpit and abdomen. Williams rendered first aid until first responders arrived.

A medical helicopter transported the Marion to Miami Valley Hospital. He is in stable condition.

First responders took Williams to West Chester Hospital with injuries that are not life threatening. Williams has since been released.

First responders transported a passenger in the suspect's car to a hospital for an unrelated medical condition, Cvetan said.

Authorities will review dash cam footage as part of the investigation, Cvetan said.