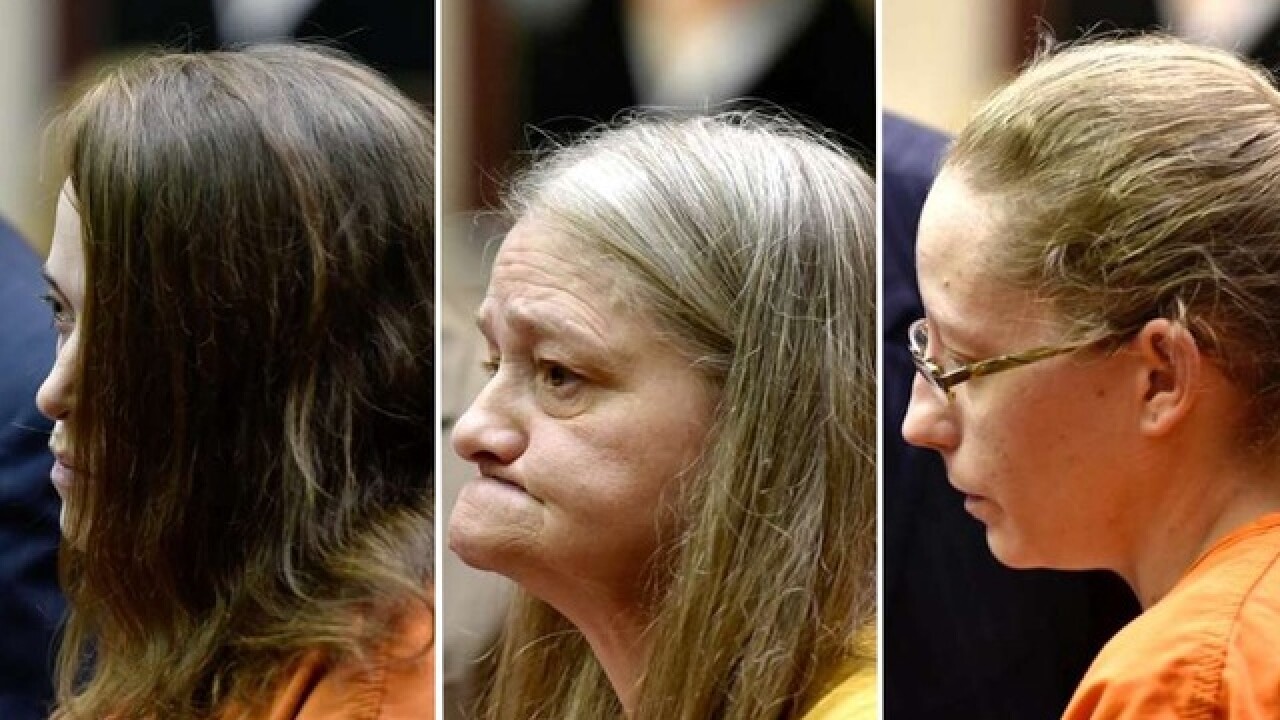 BUTLER COUNTY, Ohio — Trial dates were set Monday during the arraignment of three women charged in the beating death of 5-year-old Alexander Stephens.

Theresa Hawkins-Stephens, 26, the boy’s mother, and Rachel Bostian, 29, both of Licking County, are charged with murder, five counts of felony endangering children and two counts of kidnapping for the April incident that occurred in Middletown, The Journal-News reports.

All three women were given court-appointed attorneys and will be tried separately. Defense attorneys entered not guilty pleas on their behalf.

A three-day trial for Ramona Bostian, who is represented by Scott Blauvelt, is set to begin July 5. She is being held on a $500,000 bond.

Rachel Bostian, represented by David Washington, is scheduled to stand trial Sept. 12. She is being held on $1 million bond. Washington told Judge Greg Stephens he would be filing a motion to address bond.

A week-long trial for Hawkins-Stephens, is scheduled to begin Sept. 19. She is represented by Chris Frederick and is also being held on $1 million bond.

Butler County Prosecutor Michael Gmoser said Ramona Bostian was not involved in the beating of the boys, but he has declined to comment on the details of her alleged crime, The Journal-News reports.

Rachel Bostian and Hawkins-Stephens are accused of tying up Alexander for about 22 hours on April 26 and, according to police, “severely” beating the boy on his head and body.

Police said Alexander’s brother, 6-year-old Damyan, was also injured in the attacks, but his injuries were not life-threatening and he is recovering.

The Stephens boys were sleeping in a tent near the Great Miami River with their mother and her two friends, who told police they came to the area looking for work.

According to court documents, the two boys were tied up with blankets for “stealing food.”

“After tying the boys up the (defendants) began punching and slapping the children in the face and about the body,” court records state. “The children were left tied up for over 24 hours and were given no food or water … this incident occurred in the wooded area near the river on North Verity Parkway.”

Middletown police served search warrants at Room 130 at the Parkway Inn where the women and children checked in April 27 after receiving a voucher from an area charity.

A 1997 purple Dodge station wagon belonging to one of the women was also searched.

Seized by police from the vehicle were: a tent, box with wood sticks, bag with brown blanket, small tennis shoes, a black jacket and plastic bags.