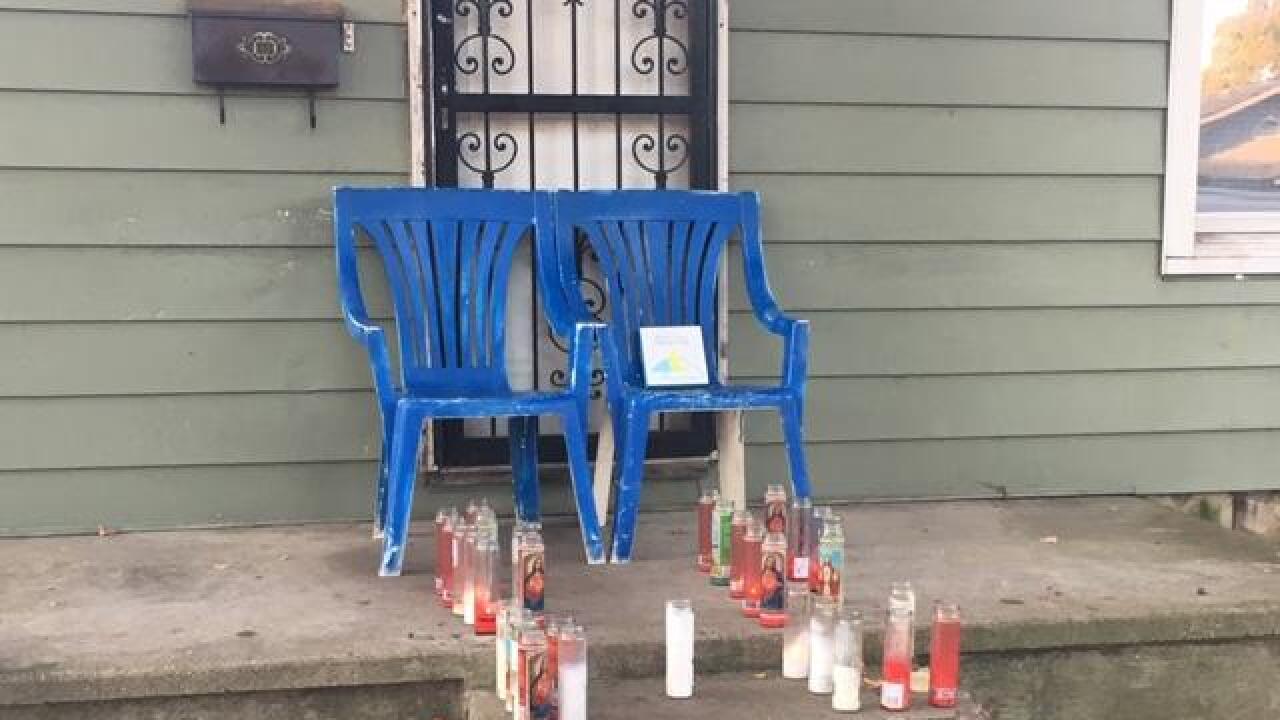 Lauren Pack
A memorial at the Ninth Avenue residence of Michael Stewart II who was shot and killed on Oct. 12.

MIDDLETOWN, Ohio — A third teen is in custody and charged in connection with the shooting death of a Middletown man at his residence earlier this month.

The 16-year-old boy is charged with murder, burglary and robbery in the death of Michael Stewart II on Oct. 12 on Ninth Avenue, according to Middletown Maj. Scott Reeve. He is housed in the Butler County Juvenile Detention Center.

Cameron Kyles, 18, and a 17-year-old were previously charged in connection with the murder, according to the Journal-News.

The 17-year-old boy was booked into the Butler County Juvenile Detention Center on the same charges of murder, robbery and burglary. Because of the 17-year-old’s age and the seriousness of the crimes, the case is a mandatory bind-over to adult court if the juvenile court judge finds probable cause.

The 17-year-old is accused of driving Kyles and others to the Stewart residence and parking in the alley, according to court records. Kyles then went into the house, shot Stewart and stole cash and marijuana, investigators say.

Evidence, including guns and a plastic bag of bullets, were found and seized by police at the teen’s residence.

Kyles confessed to the fatal shooting of Stewart, according to court documents. According to a search warrant affidavit, after police found Stewart dead at his home, Kyles was developed as a suspect.

At the time, Kyles was also wearing a court-ordered ankle monitor for an indictment in a drug case and for participation in a gang. Both indictments were handed down in the summer.

The search warrant says that “it is believed that through GPS of ankle monitor that this will confirm the series of events on the date of Michael Stewart’s death.”

Kyles was taken into custody at a Sharon Court address after detectives tracked his ankle monitor, according to court documents. Seized in a search of that residence was a counterfeit $100 bill, a cell phone, electronics and money.

Reeve said Stewart’s shooting is part of ongoing gang activity. Kyles is believed to be part of the Road Runner gang that has been involved in shootings and homicides in the city in recent years.