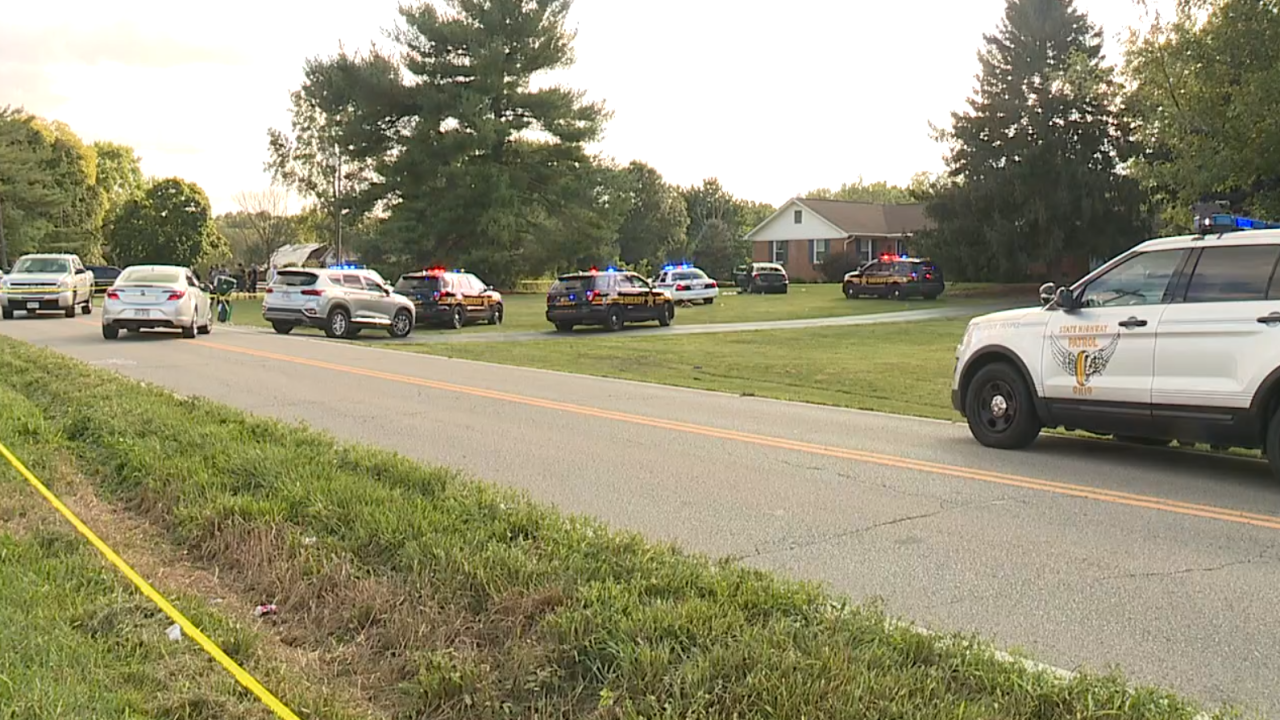 Copyright 2020 Scripps Media, Inc. All rights reserved. This material may not be published, broadcast, rewritten, or redistributed.
Matthew Wood
A Middletown officer was shot Monday afternoon as police pursued a murder suspect before the chase ended at the 2600 block of Mason-Montgomery Road, according to the Butler County Sheriff.

A man accused of shooting a Middletown police officer on Aug. 31 following a chase from Middletown to Warren County has been released from the hospital and booked into the Butler County Jail, according to the Journal-News.

Officer Dennis Jordan and the suspect, Christopher J. Hubbard, were shot shortly before 5 p.m. after a pursuit that began in the area of 18th Avenue in Middletown and ended in the 2600 block of Mason-Montgomery Road in Turtlecreek Twp.

Jordan was shot in the arm, finger and right leg. He was released from the hospital a day later and has returned to work on light duty.

Hubbard, 35, received multiple gunshot wounds when eight officers returned fire, according to officials. He was released from University of Cincinnati Medical Center on Saturday and booked into the jail at 6:14 p.m.

He is being held without bond on a parole violation, two outstanding warrants from Fairfield Municipal Court for allegedly driving without a license, failure to comply with an order or signal of police, contempt of court and obstructing official business

Ohio Department of Rehabilitation and Correction records show Hubbard was released from prison on April 19 after serving an 18-month term for having weapons under disability and a drug charge. Less than 10 days later, a misdemeanor charge was filed against him by Ross Twp. Police, according to court records.

Butler County Sheriff Richard Jones said Hubbard was wanted on a parole violation and other warrants. He was also a person of interest in a Hamilton unsolved homicide, according to Hamilton Police Chief Craig Bucheit.

Hubbard has been to prison multiple times. He was convicted of burglary in 2014, receiving stolen property in 2009 and felonious assault in 2003, according to Butler County Common Pleas Court records.

Hamilton detectives wanted to talk with Hubbard about the ongoing Hamilton homicide investigation. Once a possible location for him was determined in Middletown, undercover officers began surveillance, according to officials.

When Hubbard left in a black Saturn Ion, officers in cruisers that were both marked and unmarked followed. According to police radio traffic, Hubbard appeared to be talking on a phone and reaching for something in the car during the chase.

An officer asked, “This is a possible murder suspect, correct?”

The answer came: “He’s a suspect. The warrant is for a parole violation and warrants out of two jurisdictions. There is no active warrant for the homicide, he is a suspect though.”

An officer tells others joining the chase that Hubbard said he would fight police officers.

A Ohio Highway Patrol trooper deployed stop sticks that appeared to flatten two tires, but Hubbard continued until wrecking in a residential yard, After the cars stop, officers learned Hubbard was on his phone with a 911 dispatcher saying he was make phone calls and his hands were visible.

Jordan’s cruiser with K-9 officer Koda pulled up close to the Hubbard’s car, and bean bags were deployed to shoot out the windows. Koda went through the window when shots were fired, but the dog was not hit.